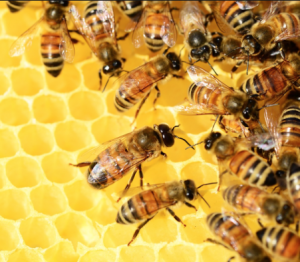 Australian and New Zealand honey faced a full frontal attack from an international study recently, raising questions of how safe are our locally made honey products?

Is this a reckless claim aimed to discredit our honey industry or does this raise some alarming points that we should all be aware of?

An international study published in the Food Additives and Contaminants Journal found that 41 of 59 Australian honey samples contained traces of natural plant toxins. These results refer to Australian and New Zealand honey samples sourced from supermarkets in Australia.

Utilising strong language, the research stated that Australian honeys are the most contaminated in the world, containing natural poisons and liver-damaging toxins. This of course was taken up with gusto by the media with a number of alarmist headlines; was this justified?

The results indicate that the five Australian honeys tested had more contamination that what is considered safe by the European Food Safety Authority.

These limits are considered safe with Australia’s own food safety standards which allows honey sourced from restricted plants as long as the product is diluted with other honey.

The contaminants referred to are the toxins which get in to the honey when bees forage in flowers rich in pyrrolizidine alkaloids (PA) found in restricted plants.

Australians, who on average have three grams of honey per day, are well within safe levels of consumption. For a 70 kg person consuming the average amount of honey, consumption of most of the Australian honeys would be safe at both European and Australian guidelines.

What does three grams of honey look like? Depending on density, that’s around half a teaspoon of honey in a morning smoothie or on toast.

For people who are high consumers of honey (5% of the Australian population), they are at a greater risk. Several honeys exceed both current Australian and European guidelines when consumed at around two tablespoons (57 grams) a day.

Experts warned that pregnant and breastfeeding women in particular needed to be careful, with unborn and breastfed infants at higher risk of organ damage.

The current recommendation is for these group of people who consume more than two tablespoons of honey per day is to not eat Patterson’s Curse honey exclusively.

Australian Honey is NOT Contaminated!

Australian bee keepers are far from impressed from the release of the above study.

The Australian Honeybee Industry Council’s Trevor Weatherhead said claims made in the study were based on outdated research, relying on samples collected between 2008 and 2012.

“Patterson’s curse, you don’t see much of it around nowadays because of the biological control program that’s been put in place to get rid of it, and it’s been fairly successful,” Mr Weatherhead said.

A spokeswoman for Food Standards Australia New Zealand noted that “some types of honey contain “high levels of naturally occurring plant toxins known as pyrrolizidine alkaloids”, but it was no cause for alarm and the levels should not make people sick.”

If some bees had foraged in Patterson’s curse flowers, she said processors blended their honeys to reduce the pyrrolizidine alkaloid content to a safe level.

Dr Shona Blair a microbiologist from the University of Technology Sydney, has studied the anti-microbial and healing properties of honey, said there was no evidence that consuming honey from Australian harmed people’s health.

A report from the Rural Industries Research and Development Council, (soon to be published), will demonstrate that Australian honey is some of the cleanest and purest in the world in terms of chemical contamination.

“The Australian and international standards for food PA content are currently under review by experts. It should be noted that …even most European-produced honeys don’t meet the current European guidelines for PA content.”

Additionally Dr Nadine Chapman, of the University of Sydney, said claims that Australian honey was the most contaminated in the world was an “exaggeration”.

“Australia does not have the varroa mite and a number of other pests and diseases, we use less chemicals to manage our bees; we also try to minimise exposure to pesticides,” Dr Chapman wrote on Scimex.

Professor Andrew Bartholomaeus, of the University of Canberra and University of Queensland, said people would be “wise” to avoid honey produced solely from Patterson’s curse, which is not considered a commercial honey and is normally only available from speciality shops or farmers markets.

“Honey producers have previously been advised to blend such honey with that produced from other flowering plants to keep PA levels as low as possible. There is unlikely to be a significant human health risk from consuming normal amounts of Australian honey,” Professor Bartholomaeus stated.

Dr Ben McKee, the managing director of Australia’s biggest honey processor, Capilano, said “best practice modern farming techniques” had slashed the amount of honey produced from Patterson’s curse to “next to nothing” during the past decade.

“Farmers’ actions to rid the country of this weed, such as less to no fallow rotation of crops, better use of more selective herbicides and the major success of biological control programs have significantly reduced the presence of Patterson’s curse,” McKee said in a press statement.

“No longer do we see fields of purple flowering weeds in Australia. This change in environment has resulted in an insignificant production of this type of honey in Australia and it is not considered a commercial honey that will be used in retail honey products.”

So who to believe? Australia’s honey industry has returned fire with industry leaders, commercial interests and the farmers themselves.

The research that made such alarming claims was based on outdated research, relying on samples collected between 2008 and 2012. Additionally many practices have been put in place to eradicate the problem weeds Patterson’s Curse and Fireweed.

From digging a little deeper it seems the headlines were little more than loud (yet effective) scaremongering.