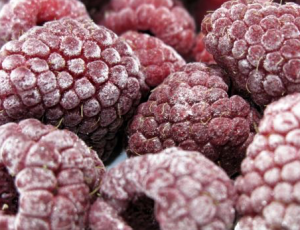 Recently (February 2015) in Australia there was a concerning public health scare after two brands of frozen berries were recalled after a number of people became sick with hepatitis A.

To date health authorities state there is 21 cases of hepatitis A nationally associated with the current outbreak: three in Victoria, eight in Queensland, seven in New South Wales and one each in Western Australia, South Australia and the ACT.

As a population used to strict quality control on our food stuffs either domestically or internationally sourced – we are far from amused.

The contamination was believed to have stemmed from poor hygiene of the berry pickers in China from where the fruit was sourced.

Transmission of Hepatitis A

The hepatitis A virus is found in the stool of people with hepatitis A. It is spread from person to person by putting something in the mouth that has been contaminated with the stool of an infected person. It directly affects the liver.

Therefore, hepatitis A is most commonly transmitted in drinking water (including ice), food (such as the Nanna’s or Creative Gourmet Berries) or objects (cups, spoons, toys) contaminated with stool containing the virus.

Other ways to get hepatitis A include:

Hepatitis A is spread easily where there is poor sanitation or poor personal hygiene so it is common in developing countries.

Child care centres can also be a source of hepatitis A outbreaks. Children under five years of age often don’t show any symptoms of hepatitis A but they can infect childcare workers or other children, especially if care is not taken during nappy changing. Therefore the first sign of an outbreak is usually when a parent or childcare worker becomes sick.

A single infection of hepatitis A will give you lifelong immune protection.

It is important to note that hepatitis A, hepatitis B and hepatitis C are caused by different viruses, are spread in different ways and require different treatments. This means that prior infection with one type of virus won’t offer any immunity against the others.

Diagnosis of Hepatitis A

Initial symptoms of hepatitis A can include:

Symptoms from the virus usually develop within four weeks from initial contact but this time frame can range from two to seven weeks. The illness can last up to three weeks and is almost always followed by complete recovery.

Hepatitis A is diagnosed via taking blood from a vein in the arm and tested by a pathology laboratory.

Liver Function Tests (LFT’s) are conducted to screen for, detect, evaluate and monitor for liver inflammation and damage.

The following panel is included in LFT’s.

Hepatitis A usually clears up on its own and does not require treatment. Those individuals with hepatitis A should make sure to get plenty of rest and avoid drinking any alcohol and caffeine (to rest their liver)  until they are fully recovered.

Over a period of months it is prudent to monitor liver function via LFT’s to ensure that the body is healing appropriately.

While the following herbal and nutritional support are not necessarily for the treatment of hepatitis A, they can assist with maintaining and improving liver health.

St Marys Thistle is a well known liver tonic. The active constituent Silymarin  protects the liver by strengthening the outer membranes of liver cells, preventing toxins from entering the cells. Silymarin also stimulates protein synthesis in liver cells, which helps to regenerate and repair the liver.  Silymarin compounds are also strong antioxidants, and have been shown to reduce damage to liver cells.

Licorice root is well-known for its anti-inflammatory activity. Glycyrrhizin (the active component of licorice)  is an antioxidant and it promotes production of interleukin-2 (IL-2), two actions that help inhibit viral diseases. IL-2 is a  protein molecule found in the immune system that regulates the activities of white blood cells (leukocytes, often lymphocytes) that are responsible for immunity.

Salvia (Sage)  plays two major roles in the treatment of liver disease including acute and chronic hepatitis. In cases of severe or chronic liver disease, there are alterations in micro-circulation (capillary circulation) that appear to be part of the disease process. Patients treated with salvia show normalisation of this micro-circulation. Salvia also inhibits fibrinogen and aids in the resorption of fibrous plaques in the liver and so is widely used in the treatment of liver cirrhosis.

Curcuma (Turmeric) contains a complex essential oil that regulates blood lipids and treats infectious hepatitis. In a study of acute and chronic hepatitis involving 33 patients, all but one responded to the daily ingestion of a powder of turmeric (5 grams each time, three times daily), with 2/3 of the patients having subjective symptoms completely relieved. Curcuma stimulates bile secretion and is also a powerful anti-inflammatory agent.

Alpha Lipoic Acid is an antioxidant shown to decrease the amount of hepatic fibrosis associated with liver injury. As alpha-lipoic acid is fat soluble, it can penetrate the cell membrane to exert its therapeutic action. It has been shown to effectively scavenge harmful free radicals, chelate toxic heavy metals, and help prevent mutated gene expression. Another of its most beneficial functions is enhancing the effects of other essential antioxidants including glutathione, which is vital to a healthy liver.

If you have any concerns about your liver health talk to one of Emeds Practitioners today.