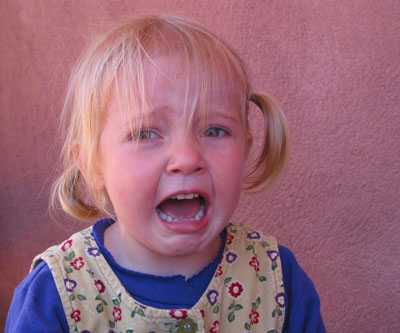 Can Autism be Reduced by Prenatal Vitamins?

Women who took prenatal vitamins before and during the first month of pregnancy decreased their risk of having a child with autism dramatically, almost by half.

This study, by researchers at the UC Davis MIND Institute found that women who reported not taking a prenatal vitamin were nearly twice as likely to have a child with an autism spectrum disorder as women who did take the supplements.

This risk actually increased to seven times as great when combined with a high-risk genetic make-up.

This is one of the first studies to suggest a concrete step women can take that may reduce the risk of having a child with autism.

“Mothers of children with autism were significantly less likely than those of typically developing children to report having taken prenatal vitamins during the three months before and during the first month of pregnancy,” said Rebecca J. Schmidt Ph.D., assistant professor in the Department of Public Health Sciences in the UC Davis School of Medicine and the study’s lead author.

Results of the study, published in the July issue of the journal Epidemiology, showed that in order for the vitamins to have an affect on autism risk they needed to be ingested during this four month period of time.

Women who took the vitamins only during their second month onwards did not experience the same preventative affect from the vitamins. This suggests that by the time most women realise they are pregnant, it may be too late to modify the risk.

The finding, if replicated, provides a potential means of reducing the risk of having a child with autism. the authors said.

“The good news is that if this finding is replicated, it will provide an inexpensive, relatively simple evidence-based action that women can take to reduce risks for their child, which is to take prenatal vitamins as early as possible in a pregnancy and even when planning for pregnancy,” Irva Hertz-Picciotto said, professor and chief of the division of environmental and occupational health in the Department of Public Health Sciences in the UC Davis School of Medicine.

“This finding appears to be the first example of gene-environment interaction in autism,” Hertz-Picciotto said.

“It is widely accepted that autism spectrum disorders are the result of multiple factors, that it would be extremely rare to find someone who had a single cause for this behavioural syndrome. Nevertheless, previous work on genes has generally ignored the possibility that genes may act in concert with environmental exposures,” said Hertz-Picciotto, the study’s senior author and a researcher affiliated with the UC Davis MIND Institute.

Significant interaction effects were observed for two maternal genes, including a well-studied variant on the methylenetetrahydrofolate reductase (MTHFR) gene associated with less efficient folate metabolism and increased levels of homocysteine, an amino acid.

Mothers of children with autism were 4.5 times more  likely to both have the less efficient MTHFR 677 TT genotype and to report not taking prenatal vitamins during the time around conception than were mothers of typically developing children.

The other maternal gene variant with a significant interaction leads to decreased cystathionine-beta-synthase (CBS) activity and elevated plasma homocysteine.

Increased risk for autism was also associated with other maternal gene variants associated with less efficient one-carbon metabolism, but only if the mother reported not taking the prenatal vitamins in those early months before and right after conception.

This is a very interesting study.

Being able to modify the risk of disorders like Autism with something as straight forward as a prenatal vitamin almost seems too good to be true. But the positive results are “strong and robust” according to it’s authors, and the explanation ‘why’ makes sense.

Using smart nutrition to modify your genetic risk and make the healthiest baby possible is a good idea, no matter what angle you look at it.

Sometimes pregnancy can come as a bit of a shock – let’s face it, not every baby is planned.

The study noted that the risk of Autism was only modified when mothers were taking the vitamins three months before and during conception – so starting to take vitamins later on in your pregnancy may be too late. This means that it pays to take a quality multivitamin EVERYDAY. Whether you are planning to fall pregnant or not.

Although normal multivitamins aren’t specific for your growing baby’s needs, good quality supplements do contain nutrients in adequate doses for you to still influence your baby’s risk factors.

What Else Can I Do?

Do your research and don’t settle for dodgy supplements when it comes to your baby.

See how your current multi stacks up – and a word to the wise, if it’s a retail supplement such as ‘Elevit’ – it doesn’t.

Elevit prides itself on having 800mcg folic acid per tablet, however it contains such low doses of the other B vitamins that it may cause imbalances in the body. Excess folate can mask B12 deficiencies so it is important to have good levels of both vitamins in your multi. Elevit is not a comprehensive formula and you can do better.

Preconception care can be easy and straightforward, especially when Emed provides the best brands of Prenatal Vitamins.

Click here to learn more about Making A Healthy Baby.

Scientists worldwide are now realising the importance of understanding the interaction between our genes, our lifestyle choices and our health. This is the study of DNA and gene expression. The science of “epigenetics”.

New scientific technologies backed by extensive medical research now make it possible to test genes that directly influence our health and nutrition, such as the genes mentioned in the cited study.

If you know your genetic profile and what gene variants you have, then you are armed with a very powerful tool for maximising your health potential. This is real Preventative Care!