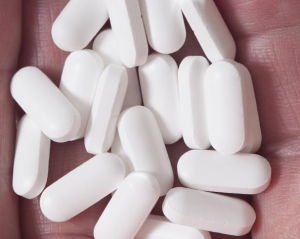 Codeine containing medicines like Nurofen Plus and Panadeine will require a prescription from 2018 amid ongoing concerns about overuse and abuse of the pain killer.

In response to growing concerns about addiction, overdoses and other harm caused by codeine, the Therapeutic Goods Administration has decided to re-schedule the drugs so people cannot buy them over the counter in a pharmacy from February 2018.

While an original decision on the re-scheduling of codeine products was meant to be made by November last year, Fairfax Media has previously reported on a quiet push by three large pharmaceutical lobby groups for a regulatory impact statement, which delayed the decision for 12 months.

The regulator said it had taken in consideration that the US, most of Europe, Hong Kong, Japan and UAE had already stopped the sale of codeine products without a script.

The TGA said the 2018 start date would allow consumers to discuss treatment options with their doctors.

The decision comes after reports of codeine addicts swallowing up to 100 tablets a day, and people “pharmacist shopping” to get around rules introduced in 2010 that restrict purchases of more than five days’ supply of the drug at one time.

In 2013, Monash University researchers reported nine deaths over a decade linked to toxicity from codeine-ibuprofen medicines such as Nurofen Plus.

Government agency data also shows the number of Australians being treated for codeine addiction more than tripled over the decade to 2012-13, from 318 to more than 1000 a year.

The TGA noted codeine has variable analgesic efficacy with little effect in some patients and others at risk of overdose. It is also subject to drug interactions which can increase the risk of overdose or reduce the efficacy of the drug, and when used for a long period all opioids can cause a withdrawal syndrome.

This decision from the TGA is a much welcomed one.

Codeine dependancy is an easy trap to fall into. At the moment its very easy to get your hands on a packet of Nurofen plus to treat your sore back/period pain/arthritis and use them for a few weeks.

After this stage it can be quite hard to differentiate pain symptoms from codeine withdrawals and almost easier to continue taking them because no one likes to be in pain.

The main aim of changing the accessibility of codeine products is to prevent the missuse and accidental addiction to these pills.

If you are struggling with codeine dependance and would like some help kicking this habit, contact one of our Emed Practitioners today to talk through your options.

There are many natural anti-inflammatory medicines that are highly effective and safe to use when compared with codeine based medications. 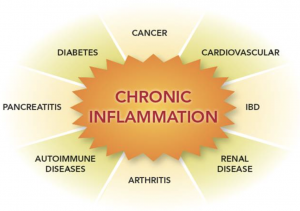 High oral doses of curcumin have demonstrated anti-inflammatory activity in acute and chronic inflammation. In some research, at the tested dosage, curcumin had similar efficacy to cortisone and phenylbutazone.

Studies have demonstrated that curcumin (active ingredient in Turmeric) acts as a master switch of inflammation by acting at the level of pro-inflammatory enzymes and transcription factors, including nuclear factor- kappa beta (NF-kB), a critical mediator of inflammation.