Sooner or later, just about everyone comes down with a miserable cold or a dose of flu – and some unfortunate people seem to get infected again and again. Vitamin C is probably the most familiar natural remedy for these viruses, but it's not the only one.

Because the common cold and flu are both respiratory tract infections, determining which you have may be difficult. Generally speaking, a cold comes on gradually, whereas flu strikes suddenly – you can feel fine in the morning and terrible by afternoon. The classic cold symptoms – congestion, sore throat and sneezing – are usually less severe than flu symptoms, which often include fever, extreme fatigue, muscle aches and headaches.

The amount of time needed to recover is different, too. In general, a cold lasts about a week, but symptoms may trouble you for only three or four days if you immune system is in good shape. On the other hand, you can be sick with the flu for up to 10 days, and fatigue can persist for two to three weeks after that. A cold rarely produces serious complications, but flu can lead to bronchitis or pneumonia.

Both colds and flu are caused by viruses that attach themselves to the lining of the nose or throat and then spread throughout the upper respiratory system and occasionally to the lungs as well. In response, the immune system floods the area with infection-fighting white blood cells. The symptoms aren't produced by the viruses but are the result of the body trying to starve off the infection. Colds and flu are more common in winter, when indoor heating reduces the humidity in the air; this lack of moist air dries out the nasal passages and creates the perfect breeding ground for viruses.

At high doses, vitamin A has strong antiviral action, but take it for only seven days at high amounts. Contrary to popular belief, vitamin C won't prevent a cold, but it may shorten the duration or minimise the symptoms. The herb echinacea stimulates the immune system. Zinc lozenges may also help halt a cold, possibly by destroying the virus itself.

If you often develop a bacterial infection, such as sinusitis or bronchitis, from a cold or flu, add garlic when you first notice symptoms. It contains compounds that may prevent bacteria from invading tissues. To give the immune system an extra boost, combine goldenseal with echinacea for the treatment (but not prevention) of colds and flu.

When it comes to cold prevention, according to researchers at Carnegie Mellon University, Pittsburgh, Pennsylvania, 'you gotta have friends'. In a study of 276 men and women, those with wide social networks developed fewer cold symptoms – even after researchers deposited a cold virus directly into the nose. 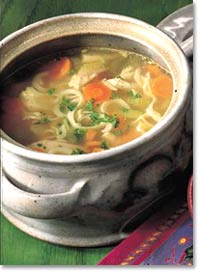 The Healing Power of Chicken Soup

As the cold weather sends a chill through your bones, there is nothing more comforting than coming home to a hot bowl of chicken soup.

Historians have discovered that chicken soup was prescribed in Ancient Egypt for people suffering colds. In more recent times a medical researcher in the USA has found evidence to suggest that chicken soup can help fight colds by helping your body produce anti-inflammatory agents.

Eating hot soup also helps clear congestion in the sinuses. Whether you are sick or not, chicken soup is a favourite of young and old in the winter months. This comfort food is healthy and easy to digest, making it a great meal for every family.

Winter Solstice – Manage the Winter Blues of Colds and Flu

On the day of Winter Solstice, the Earth’s south pole is tilted away from the Sun. The Sun rises north of east, sets north of west and reaches twenty-eight and a half degrees above the horizon at noon. This is the shortest day of the year.

Winter is now truly in full force. As the nights get colder, even the best of us can get bogged down with seasonal colds and flu.

Fortunately, there are many effective natural remedies that can get you through this cold and flu season in good health! 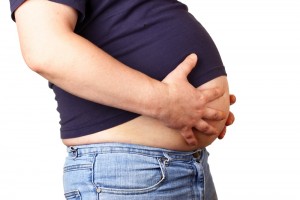 How Probiotics Protect Against Infections

Australian and Japanese scientists may have uncovered the mechanism by which probiotic bacteria protect the gut from E. coli infection.

The human gut is home to a wide variety of microbes that have beneficial effects, including aiding gut function and protecting against illness and infection.

One of these, a probiotic known as Bifidobacterium, modulates host defence responses and protects against infectious diseases. Read on to find out how it does this! 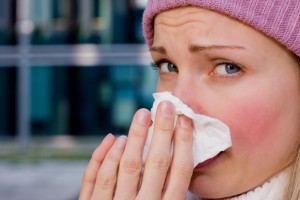 How to Ward Off the Winter Sniffles

With winter on our doorstep, you can almost rely on colds and flusbecoming the next houseguests. Many of us are concerned about fallingvictim to these annoying sicknesses, especially if you don’t have timeto let a cold or flu slow you down.

Prevention is better than a cure, so before you reach for the Coldand Flu tablets once again, try a natural alternative that actuallyworks, without the drug side-effects. 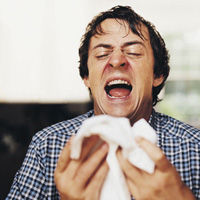 Believe It – Man Flu is Real!

It has long been a stain on male pride.

When there are viruses in the air, women plough on regardless while men flee to their sick beds at the first sign of a sniffle.

Turns out victims of “man flu” really can play the #ManCard as new research suggests the sex hormone testosterone can weaken a man’s immune response, making them more susceptible to the flu virus. 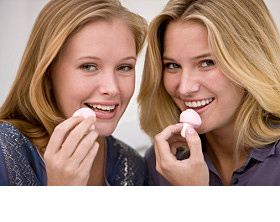 Medicinal Mushrooms to Help You Weather the Winter Months

Cold and flu prevention is important all year long, but especially crucial during these cold winter months.

It can be easy to consider the occasional cold or flu, an inevitable fact of the season, but though this threat resurfaces year after year, you do not have to become powerless against it.

There are various steps you can take to build up your defences – both naturally and effectively. Emed shows you how medical mushrooms can vastly improve your health and bolster your immune system.

Vitamin D deficiency is becoming an epidemic – there is no doubt about that.

If you work indoors you are at an even greater risk of deficiency and considering the ever growing list of benefits of vitamin D, it is so important to get your levels checked, and supplement if necessary.

Emed can help you determine your Vitamin D status and recommend some products to assist with a potential deficiency.

How to Keep Well This Winter

Do you dread the winter months when you and your family easily succumb to coughs and colds, sneezing and sniffly noses, headaches, sore throats, or muscular aches and fevers from the flu?

These symptoms, whilst normally mild, are the leading causes of days off work and school, and can leave many people feeling sick and tired.

Emed explains the basics to keeping well this winter!