Medicinal Mushrooms to Help You Weather the Winter Months 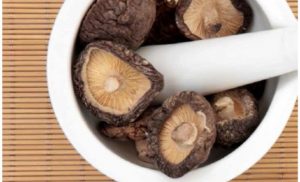 Few natural medicines in the practitioner’s repertoire can promise the wide-ranging benefits of medicinal fungi.

Apart from their wholesome nutritional value, “medicinal mushrooms” and fungi have a long and respected history in many cultures.

Some references to medicinal mushrooms date back thousands of years. Even Otzi, the mummified Iceman uncovered in the European Alps, had fungi in his possession, purportedly for their health benefits.

Today, fungi are used to provide immune, cardiovascular, kidney, liver, lung and nerve support. They are also receiving serious attention as possible therapeutic tools to improve the effectiveness of chemo- and radiotherapy, and to lessen some of the serious side effects.

Anti-Tumour and Other Biological Effects

When somebody has a tumour, the tumour antigens can manipulate their immune system to assist tumour progression.

PSK appears to act in a way to suppress tumour growth and modulate the immune system, not by being directly cell-toxic, but by normalising antigen presentation and returning the immune system to active surveillance against tumour antigens.

Hence, this mushroom is truly a “biological response modifier”, and as such, may be able to mitigate the immunologic side effects of cancer treatments and enhance disease-free survival.

The immune-stimulating/modulating effects of PSK, PSP and other fungal β-glucans also account for the anti-infective properties of medicinal mushrooms.

Other pharmacologically active compounds in medicinal fungi include the triterpenes and ergosterol.

Medical mushrooms have many constituents that give the appropriate signals to instruct your immune army.

Some clinicians have been led to believe that fungi cannot be used in patients with Candida spp. infections. However, a closer examination of the disease process shows this practice to be unnecessary.

Candida is a commensal organism which only changes into its invasive (‘infectious’) form in a person whose immune system is compromised, and requires sugar (not fungi) to grow.

In actual fact, other yeasts such as Saccharomyces boulardii, and the mushrooms shiitake and turkey tails, have shown anti-candida and immune-enhancing properties and can be used to treat a candida infection or overgrowth.

As research advances in the study of medicinal fungi, the great hope is that the full extent of their therapeutic properties will soon be identified and incorporated into current medical paradigms. 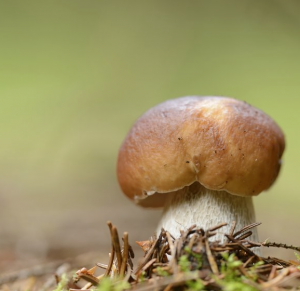 It’s funny to think that an organism that fruits from the head of dead insect larvae, or sprouts from dead trees, or even grows in the familiar mushroom form can be used to promote health. But it definitely can.

Fungi are susceptible to many bacterial and viral bugs that also plague humans. Therefore, the intricate defence mechanisms that they have developed against these invaders can be harnessed for human use.

Although there are many mushrooms that have a long history of use in traditional medicine systems, or have been scientifically researched for medicinal use, the Therapeutic Goods Administration (TGA) has, at this time, only approved six fungi for therapeutic use in Australia.

All six of these medicinal mushrooms can be found in a new Bioceuticals product called Mushroom 6.

Mushroom 6 is Australia’s first therapeutic PSK mushroom complex and is ideal for supporting the immune system, particularly during prolonged illness.

Medicinal fungi offer wide-ranging, beneficial and powerful actions which can safely be used for immune, cardiovascular, kidney, liver, lung and nerve support, and most excitingly, as an adjunct to chemotherapeutic regimens to reduce the toxicity and side effects of anti-cancer drugs.

Many medicinal mushrooms have overlapping health benefits, along with their own unique qualities.

For instance, shiitake (Lentinula edodes) and reiishi (Ganoderma lucidum) are both used extensively for immune enhancement; however, shiitake also exhibits anti-candida and anti-ageing effects, while reiishi is a prized adaptogen often used for allergies, chronic hepatitis B and diabetes.

So it is better to take medicinal mushrooms on their own or in combination? It depends.

Some medicinal fungi products have individual properties that may be better administered on their own.

For example, PSK and PSP polysaccharides, both found in Trametes versicolor, are used in the treatment of various cancers including lung cancer and both oestrogen receptor-positive and oestrogen receptor-negative breast cancers and in these cases, the use of single entity products may be indicated.

However, a comprehensive approach to, say, cholesterol reduction would incorporate the combination of Cordyceps sinensis, Tremella fuciformis and Lentinula edodes as all these mushrooms have compounding effects on lowering cholesterol.

Many notable pharmaceutical drugs have been derived from fungi. For example, Penicillin and the statin drugs lovastatin, and mevastatin, were isolated from the fungal kingdom. 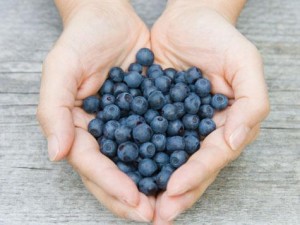 If you want to bolster the immune system (the way the Chinese often do) try mushrooms with your veggies and brightly coloured fruits.

But forget those bland, almost tasteless specimens that you find in the typical mushroom omelet. Your immune system craves exotic mushrooms, notably shiitake and reishi.

Holliday J, Cleaver M. On the trail of the yak: ancient cordyceps in the modern world. 2004 June. Viewed 7 May 2010 www.earthpulse.com/cordyceps_inc/ cordyceps_story.pdf