Unpleasant as it is, diarrhoea is your body’s way to flush out harmful toxins. This common ailment usually subsides on its own in a day or so, but it can be both uncomfortable and inconvenient. The goals of treatment are to prevent dehydration and restore bulk to the stool.

An increase in the frequency of stools or the passage of loose, watery stools is called diarrhoea. It is not a disease in itself but a symptoms of a variety of disorders – most benign, some serious. Diarrhoea is a result of a disruption in the normal passage of food and waste through the large intestine. Ordinarily, water is absorbed through the intestinal walls as food passes through the large intestine and faecal matter leaves the body as a solid mass. If something speeds up or otherwise interferes with this process, the fluid will be expelled from the body with faecal matter.

Diarrhoea is the inflammation or irritation of the intestine. It is usually the result of a bacteria or viral infection caused by eating or drinking contaminated food or water. Most people travelling to less developed areas of the world are aware of the risk of the food or water contamination and take steps to avoid ‘traveller’s diarrhoea’. At home, however, they may not be so careful. And often the diarrhoea they chalk up to a 24-hour ‘bug’ is more likely a consequence of food poisoning.

There are several other causes of diarrhoea. Eating more fruits or vegetables than your digestive tract is used to can lead to diarrhoea; citrus fruits and beans are typically the culprits. When consumed in large amounts, the low-kilojoule sweetener sorbitol may trigger diarrhoea. Diarrhoea may also develop from taking therapeutic doses of vitamin C or magnesium. (If this side effect occurs, reduce the dose.) People who have lactose intolerance – an inability to digest the sugar in dairy products (lactose) – often suffer from flatulence, bloating and diarrhoea after eating these foods. Antibiotics can bring on diarrhoea because they destroy the intestines ‘friendly bacteria’. In some people, stress triggers diarrhoea. It can also be a symptom of various gastrointestinal disorders, such as irritable bowel syndrome, colitis, Crohn’s disease, pancreatic disease or celiac disease (gluten intolerance).

To bring diarrhoea under control, try drinking tea made with agrimony, blackberry leaf or raspberry leaf. These teas contain tannins, chemicals that have a binding effect on the mucous membrances in the intestine and help the body to absorb fluids. They also replenish lost fluids, which is important in preventng the dehydration that may result from a prolonged bout of diarrhoea.

If none of the teas provide relief, consider psyllium. Though this soluble fibre is more familiar as a constipation treatment, it can amerliorate diarrhoea because it absorbs excess fluids in the intestine and adds bulk to the stool. Acidophilus works to restore adequate levels of healthy bacteria to the intestine, and is especially important if diarrhoea is related to antibiotic use. All these remedies can be substituted for over-the-counter (OTC) diarrhoeal aids (except acidophilus, which can be used with OTC preparations, though not taken at the same time of day).

If food poisoning is to blame, wait a few hours before trying to treat the problem, so that your body has enough time to get rid of the offending organism. Otherwise, start using the remedies immediately.

Carob powder is an old but very effective remedy for diarrhoea. Take a tablespoon (a teaspoon for children) mixed into grated (browned) apple, three times a day. 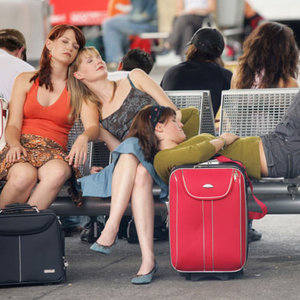 Don’t Ruin Your Holiday: How to Prevent Traveller’s Diarrhoea

New food, beautiful destination and exciting experiences – and you want to enjoy every moment of it.

What unsuspecting illness could ruin all this? Traveller’s diarrhoea.

Up to 60% of traveller’s will develop diarrhoea, with some cases lasting weeks on end.

The good news is that traveller’s diarrhoea is preventable with the use of a good probiotic formula, and it’s not too late to start. 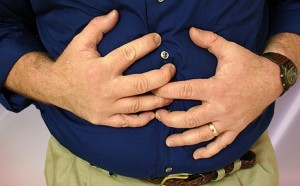 Vitamin D to Counter the Effects of Crohn’s Disease

A new study has found that Vitamin D supplements can counter the effects of Crohn’s disease.

Crohn’s disease is a serious chronic and progressive inflammation of the ileum (part of the small intestine), that can lead to frequent bouts of diarrhoea, abdominal pain, nausea and weight loss.

With no known cure, this research offers hope for the 65,000 Australians suffering from this devastating – and often debilitating disease. 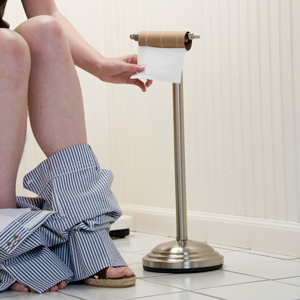 Antibiotics can sometimes come with a nasty side effect – diarrhoea.

Antibiotic-related diarrhoea occurs when harmful bacteria, such as Clostridium difficile, take up residence in the gut, crowding out other good bacteria.

But a new Cochrane review of studies shows that taking probiotic supplements could help to reduce your chance of experiencing this uncomfortable side effect.

Analysis of 23 clinical trials revealed that probiotics taken in conjunction with antibiotic reduced the number of people who suffered diarrhoea by 64%.