Are Environmental Toxins Hampering Your Chances of Becoming Pregnant?

From heavy metals like arsenic, lead, mercury, and cadmium, emitted from smokestacks and vehicle exhaust, to pesticides, 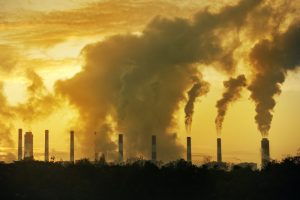 fertilizers, and PCBs released into rivers and soil, and phthalates that off-gas from household plastic products, we are all swimming in a soup of toxic chemicals.

There are approximately 80,000 chemicals in commercial use today (and this number rises year on year), and more than 90% of them have no health warning regarding their use.

Environmental toxins affect all bodily systems, and there is mounting evidence that numerous environmental factors may have an effect on fertility and on the health of developing fetus.

Infertility not just chips away at bank balances but also shatters couples self-esteem.

It puts tremendous pressure on relationships and makes both women and men feel volatile or depressed.

Infertility Has Increased in Recent Years

Some chemical substances have the capacity to interfere in the functioning of the endocrine system and hormones’ mechanism of action. Such substances are called endocrine deregulators or endocrine disruptors.

Endocrine disruptors can cause reproductive anomalies, such as infertility and decreased libido, congenital malformations, altered embryonic and fetal development.

Exposure to endocrine disruptors can modify hormone metabolism by altering the synthesis and/or breakdown of testosterone, FSH, LH, or other hormones.

Most steroid metabolism occurs in the liver, the main target for some exogenous (foreign) toxic substances.

Xenoestrogens are man-made chemical compounds which mimic the effect of estrogen in the human body. This means that it is similar in chemical structure to natural estrogen, but different enough to be harmful to your health.

Some studies suggest that xenoestrogens may be majorly to blame for the rate of infertility in industrialized countries.

They can disrupt the hormonal system in both men and women.

Synthetic xenoestrogens are widely used industrial compounds, such as PCBs, BPA and phthalates, which have estrogenic effects on a living organism even though they differ chemically from the estrogenic substances produced by the endocrine system.

They are found in paints, toiletries, pesticides, spermicides, and as a breakdown product of the plastics used in some water bottles and baby bottles. 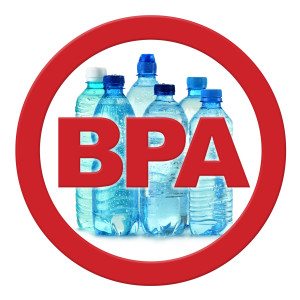 BPA is a chemical created in the production of polycarbonated plastics and epoxy resins found in baby bottles, plastic containers, toys, plastic wraps, the linings of cans used for food and beverages, magazines, and dental sealants.

According to the results of a study reported in the Journal of Fertility and Sterility, exposure to bisphenol A (BPA) is linked to reduced semen quality and sperm count.

Research shows that it is the timing and duration of exposure and not the dose that determines what impact these chemicals have on the body.

Pesticides are designed to kill all forms of life, and when they are presented to us on the food we eat, and they are found in the water we drink, it is no any wonder that we are having such issues with fertility.

This particular toxin is very commonly found on agricultural products such as fruits and vegetables. Pesticides are responsible for a reduced sperm count in men and for a condition in women in which your own body attacks the sperm and/or egg.

Dioxins are the result of various industrial processes and are considered the most toxic anthropogenic agents.

In women, dioxin (present in tampons and a by-product of industrial processes that use chlorine) can be linked to the increasing rate of endometriosis because it blocks the estrogen receptor, preventing the natural estrogen from binding.

Once all the estrogen-receptors are blocked by dioxin, the excess natural estrogen (estrogen dominance) stimulates the growth of the cell lining the endometrium causing endometriosis and possibly polycystic ovarian syndrome, both related to infertility.

Commonly found in many cosmetics, this particular chemical can cause irregularities in ovulation, decreased sperm counts and quality, damaged or absent testicles, and absent prostate glands.

Phthalates are linked with reproductive damage in both men and women. They are considered dangerous enough that they are banned in the European Union.

Cigarette smoke is the most common source of exposure to cadmium. Smokers are estimated to have twice the levels of cadmium as do non-smokers.

Cadmium is also an endocrine disrupting compound that interferes with the synthesis and the regulation of several hormones in both females and males. 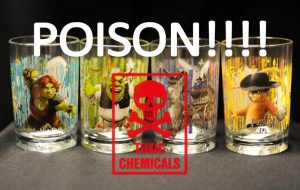 Cadmium was detected in the paint used on promotional drinking glasses for the movie Shrek Forever After, sold by McDonald’s Restaurants, triggering a recall of 12 million glasses.

In a study by the World Health Organization (WHO) on the effects of lead and cadmium in the blood of adult men, the overall results indicate that even low-level exposure to lead (400µg/l) and cadmium (10µg/l) can significantly reduce the quality of semen.

Lead is a toxic metal used in a variety of products, such as ceramics, pipes, and batteries. Common sources of lead exposure include lead-based paint in older homes, lead-glazed pottery, contaminated soil, and contaminated drinking water.

Lead can cause a reduction in testosterone levels and sperm concentration. A study in which men were exposed to lead in the workplace showed that increased levels were associated with decreased libido and an increase in semen abnormalities.

Researchers from the Fertility Research laboratories at the North Shore-Long Island Jewish Research Institute, New York, found that high lead levels interfered with both the ability of the sperm to bind to the egg and to fertilize the egg. Dr Susan Benoff and colleagues found evidence that even low-level lead exposure from household contaminants may damage sperm and contribute to male infertility.

Mercury
According to the World Health Organization the major source of mercury for a human being is from dental “silver” fillings. Chewing, grinding, brushing, or having your teeth polished will greatly increase the amount of mercury leaking from your fillings. It comes out in a vapor and easily passes to all your tissues and organs, including those of reproduction.

Fish and shellfish have a natural tendency to concentrate mercury in their bodies.

Mercury tends to accumulates in the hypothalamus and pituitary gland. Both of these hormone producing glands are responsible for the proper functioning of the female hormones.

Studies on women who work around mercury show menstrual cycle disturbances. Another side effect of mercury in humans is loss of libido.

Heavy metals are immediately absorbed and due to their high toxic potential are quickly and deeply stored away in tissues such as the brain, liver, kidneys and bones.

The first course of action for any couple that has a history of infertility, recurrent miscarriages and birth defects is to test for heavy metals in the body.

The best way to do this is via a Hair Mineral Analysis.

A hair tissue mineral analysis will test for the presence and level of toxic heavy metals in the body, and will show what affect these heavy metals are having on your essential minerals.

Working to rid your body of heavy metals is something that will greatly increase your fertility heath.

To find out more on how to reduce your toxic burden, click here.