Though the symptoms of irritable bowel syndrome are very real, tests often show no abnormalities. But doctors who once said 'It's all in your head' now have a better understanding of this frustrating disease, which affects 15-20% of adults.

Normally, food is propelled through the digestive tract by rhythmic contractions of the intestinal muscles, a process called peristalsis. In irritable bowel syndrome (IBS), these muscles go into spasm, and the contractions become uncoordinated. This disturbance can cause the intestine's contents to move too fast or too slow, leading to abdominal pain and either diarrhoea or constipation. An older term for IBS is 'spastic colon'.

Over the years, researchers have proposed many causes for IBS, none of which has ever been proved. The list of suspects include a bacterial, viral or parasitic infection; overuse of antibiotics; lctose intolerance; or adverse reactions to foods (such as wheat or yeast). Some experts think people with IBS have highly sensitive smooth muscle tissue, not only in the gastrointestinal tract but also elsewhere in the body. Others believe that IBS is the result of an inflammation in the lining of the intestine. One underlying factor in almost all cases of IBS, however, is that stress aggravates the symptoms. Because no one is sure exactly what makes bowel function go awry, doctors tend to diagnose IBS by eliminating other disorders with similar symptoms, such as diverticulitis or inflammatory bowel disease.

Natural supplements offer a good way to control many IBS smptoms. Enteric-coated peppermint oil capsules – which ensure that the oil is released in the intestine, not the stomach – are very effective in calming the intestinal spasms that cause abdominal pain, as well as soothing other IBS symptoms. In a study of 110 people with IBS, enteric-coated peppermint oil reduced abdominal pain in 79% of those taking it and eliminating the pain in 56%. Virtually no adverse reactions were seen.

Psyllium, a type of dietary fibre, eases IBS symptoms for many people – although not for all. In most cases, it works to correct constipation and is useful for diarrhoea because it absorbs water in the intestine an adds bulk to the stool. (Bulk also seems to lessen the severity of spasms.) Drink at least eight glasses of water a day when using psyllium. If you find that it aggravates your symptoms, stop taking it.

Acidophilus, a type of 'good' bacteria that normally inhabits the intestine, helps digest food and prevent the harmful bacteria that cause disease from growing unchecked. FOS (fructo-oligosaccarides), sometimes added to acidophilus supplements or available separately, comprises indigesitible carbohydrates that feed the friendly bacteria.

Lactose intolerance (a sensitivity to the sugars in milk products) may trigger IBS symptoms. The ability to digest lactose tends to decline with age because of a decreased amount of the enzyme lactase in the small intestine. 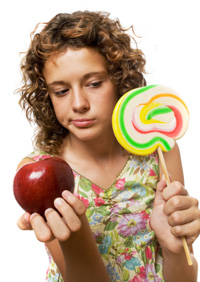 Are Fruits and Vegetables Making You Sick?

Do you suffer from stomach pain, diarrhoea, constipation, bloating, wind or nausea? Have you also been told that you don’t have lactose intolerance, coeliac disease and IBS?

You may suffer from fructose intolerance or malabsorption. 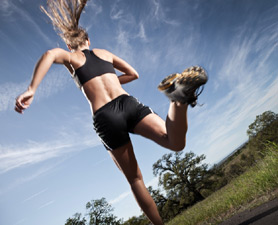 Preliminary findings of a world first Australian trial demonstrated that a multistrain probiotic (Bioceuticals UltraBiotic 45) enabled athletes to perform better and increased their tolerance to heat.

The final data of the trial will be released in July at the Congress of the European College of Sports Science.

Probiotics, The Answer to IBD?

Promising results for probiotics in the treatment of Inflammatory Bowel Disease. According to this review, probiotic microbes, or ‘good bacteria’, could be the most successful treatment for IBD to date, even compared to conventional treatments.

With around 100,000 Australians suffering from a form of IBD, the news that probiotics may dramatically ease symptoms will certainly be welcomed with open arms.

It’s a confronting thought. Food is supposed to fuel us and give us essential nutrients for a healthy life. Isn’t it?

The reality is though that food intolerances affect many people these days, causing them all sorts of distressing symptoms and eventually culminating in a change of diet.

But how do you know if you have a food intolerance? An IgG Test may be able to give you some much needed answers.

Read on for more information and remember, nothing tastes as good as healthy feels.

Do You Have a Leaky Gut?

Scientific evidence now proves what Naturopaths have long known: “leaky gut” not only exists but is linked to a multitude of acute and chronic health symptoms and diseases.

Emed breaks the silence on the why, what, how and when of leaky gut. 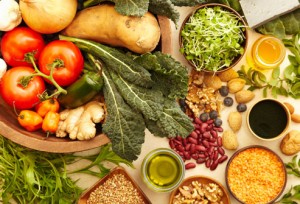 How To Prevent Diverticulitis And Achieve Bowel Health

Diverticulitis and its clinical consequences have become increasingly prevalent among the population of the Western societies.

Whereas the cause of diverticular disease has not yet been conclusively established, epidemiologic studies have demonstrated associations between diverticulosis and diets that are low in dietary fiber and high in refined carbohydrates.

The condition is an indication of inflammation and insufficient digestive processes. Most people with diverticulitis do not have any symptoms, but in some complications of the disease may require medical emergency.