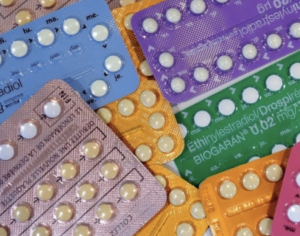 Widespread use of the contraceptive pill by women may increase the risk of prostate cancer in men.

A British Medical Journal Open study found that in countries around the world where the proportion of women using the contraceptive pill is higher, the rates of prostate cancer in men is higher.

David Margel and Neil Fleshner at the University of Toronto in Ontario, Canada, looked at levels of prostate cancer and contraceptive pill usage in 88 countries around the world. In every case, there was a significant correlation between the two.

These findings were not affected by a nation’s wealth.

Other contraceptives that form a physical barrier, such as intrauterine devices or condoms, were not linked to a higher incidence of prostate cancer.

It isn’t entirely clear why the use of birth control pills would affect cancer in men, but the authors, Dr. David Margel, a urologist at Princess Margaret Hospital, and Dr. Neil Fleshner, head of urology at the University Health Network, in Toronto, suggest that it may have to do with environmental exposure: oestrogen in birth control pills may be released in urine and end up in the water supply.