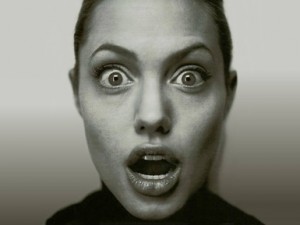 Did Angelina get it wrong? New research is suggesting yes.

For most women with breast cancer, there doesn’t seem to be a significant survival benefit from having their healthy breast removed as well, new research suggests.

The new study is published July 16 in JNCI: Journal of the National Cancer Institute.

“We found fairly convincing evidence that there really is no meaningful long-term survival benefit for the vast majority of women with breast cancer by having their opposite breast removed,” said study researcher Dr. Todd Tuttle.

He is chief of surgical oncology at the University of Minnesota School of Medicine.

Tuttle’s team tracked survival over 20 years for more than 100,000 women with stage I or stage II breast cancers.

The researchers then used a model to simulate survival results in women who had prophylactic mastectomy and those who did not.

The survival benefit between women who’ve had a preventive mastectomy and those who kept their healthy breast was less than 1 percent.

In recent years, more women with cancer in one breast have been choosing to have the other breast removed as a precaution – known as a prophylactic or preventive mastectomy.

From his practice, Tuttle said, he knows many women asking for preventive mastectomy do so out of fear. Many who opt for the procedure tell Tuttle: “I am going to have my other breast removed for peace of mind.”

He tells them: “It’s really a false sense of security.”

It’s important to note that none of the women in this study had the so-called breast cancer genes known as BRCA-1 and BRCA-2. These genes significantly increase a woman’s risk of breast and ovarian cancer.

Fear and misinformation are the drivers behind the ‘preventative mastectomies’.

Instead of allowing fear to rule the minds of these women, prevention strategies should be encouraged.

Can We Predict Breast Cancer Through Testing?

Yes! Along with assessing other breast cancer risk factors like diet, exercise and lifestyle, we can test for how well you are metabolising your oestrogen hormones.

Emed 2 & 16 Urinary Oestrogen Metabolites test is an easy to do urine test which you can do in the comfort of your own home. For more information or to purchase this test, click here.

Components in vegetables in the cabbage family, particularly broccoli, help to reduce 16a-OHE1 and increase 2-OHE1.

Sometimes food is not enough to correct the imbalance initially so supplementation with products containing high levels of sulphorphane are needed. Once the optimal hormone balance is achieved diet alone is often enough to maintain it.

Cell-Logic EnduraCell Plus is a broccoli sprout powder supplement. The bright green sprouts of broccoli contain bioactive compounds which have been shown to intervene beneficially at several levels in human chemistry, including the metabolism of hormones.

If you are looking for a tailored treatment plan, talk to your Emed Practitioner today.