Fat Shaming – Bullying or a Necessary Wake Up Call? 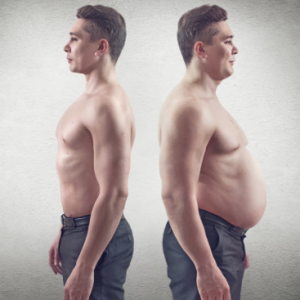 With the rise of ‘fat shaming,’ ‘fat pride’ and ‘fitspiration’ on social media it can be confusing to tackle or even talk about the current obesity epidemic without offending someone.

At the same time should we be avoiding having necessary life saving interventions with overweight people because it is a sensitive subject?

With over 60% of Australians now overweight or obese, it is clear that our current anti-obesity measures are failing us as a nation.

We don’t think twice about letting cigarette smokers know “they’re bad for your health,” but hold back when an overweight friend is tucking into their second serving.

How is this ok when we know both are proven killers (obesity has just taken over smoking as the leading cause of death in Australia), we are looking at this wrong and something needs to change.

Lets take a closer look at the good, the bad and the down right ugly side of fat shaming.

The claim that “diets don’t work” is often used to justify giving up, instead of taking personal responsibility for persistent weight gain.

It is true that many people who go on a diet do not remain on it for the long term. Some stop because they don’t see results fast enough, but most simply give up.

Lack of willpower and self-discipline are often overlooked in the weight gain blame game.

Now a new medical classification of obesity is taking personal responsibility even further away.

A declaration by the American Medical Association last year classified obesity as a disease.

The decision was seen as a way of making doctors take the problem more seriously and reducing its social stigma.

But critics questioned whether it was right to label all obese Americans – a third of the adult population – as being ill.

Researchers have said that ‘medicalising’ obesity may suggest people have no control over their weight, making them less concerned about their bodies and less likely to cut back on calories.

Making the patient think that they have no control over their weight will also lead to the increase in Lap Band surgeries.

There are some factors that make it harder to maintain a healthy weight, including medications, hormonal conditions and some genetic variants.

More research is coming out about the genetic links between genes and obesity. The FTO gene increases the likelihood that a given person with that gene will be obese by about 23%.

To find out more about the FTO gene and genetic testing click here.

The average size for an Australian woman is now a size 16, compared to size 12, two generations ago.

This shockingly fast increase in our waistlines doesn’t highlight our evolution as a species but the evolution of our eating habits.

We are fixated on food, much of it cheap, fattening, seductively marketed and readily available 24 hours a day. Everyone knows that it’s cheaper to buy a bottle of coke than it is to buy water, this just doesn’t make sense.

Our society has changed so dramatically in favour of being overweight that ‘Fat Pride’ groups have spawned and there was even a Fat Acceptance Conference in 2012 which claimed that ‘weightism’ denied fat people their human rights. 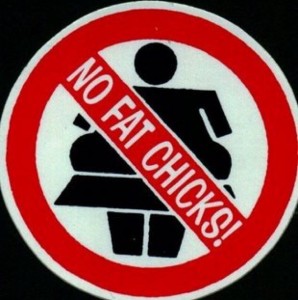 Fat shaming has been around since kids learnt to chant “fatty, fatty, boom bah” in the school yard.

Thanks to the internet and social media, it really kicked off in 2013 with the intention to shame overweight people into changing their dietary and lifestyle habits and subsequently lose weight.

Fat shaming has evolved from body shaming which unfortunately happens to most women everyday.

Being too tall, too short, too skinny, boobs too big, boobs too small and even shaming for being too pretty.

In our looks obsessed society, it has become the ‘norm’ to judge people on their looks.

The Biggest Loser is a perfect example of how fat shaming can be used as a socially acceptable ‘motivational technique’ and can actually work for some people.

By making contestants stand in front of each other (not to mention national television) in their underwear and participate in weekly weight in’s, provides the motivation to stick to that diet and exercise routine.

If no weight is lost, further shaming happens via being yelled at by a trim, tan and toned personal trainer.

This seems to be an acceptable form of entertainment, with this show now in it’s 9th season.

Last year the men only website, Return of Kings declared their own ‘Fat Shaming Week.’ Claiming the brightest of masculine minds were going to provide endless amounts of fat shaming material to post all over the internet.

“We have decided as a group that fat shaming is essential in creating a society of thin, beautiful women who are ashamed for being ugly. Let the fat shaming begin!”

Even more extreme is a recent iTunes game which teaches teens how to perform liposuction on a hapless large blonde woman.

“This unfortunate girl has so much extra weight that no diet can help her. In our clinic she can go through a surgery called liposuction that will make her slim and beautiful. We’ll need to make small cuts on problem areas and suck out the extra fat. Will you operate on her, doctor?”

Unsurprising, this app was removed a couple of weeks after its release.

Fat shaming is not a new concept. Simply put, if it reduced obesity, there would be no overweight people.

Not only are most overweight and obese people fully aware of the negative connotations attached to being overweight, shaming them further may encourage engagement in unhealthy behaviours and suicidal thoughts.

Fat acceptance is not the answer either. Not everyone can be thin, but just about everybody can avoid being obese.

At the end of the day, the simple fact is: you can’t be overweight and healthy at the same time.

The attention needs to be steered away from the physical aspects of being overweight and focused on the health implications.

This message needs to be told by a health professional, not a fast food company.