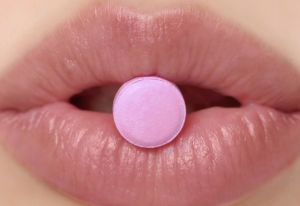 Despite being inappropriately and inaccurately hailed as the “female Viagra,” the story behind flibanserin, marketed in the ongoing tradition of bizarre drug names as Addyi, is complex.

In fact, it’s about as complex as, well, the female sex drive is. And the answer to whether or not you should get a prescription for it if you’ve been feeling less libido than you’d like? That’s complex too.

Flibanserin, a failed anti-depressant has previously been rejected by the FDA twice (2010 and 2013) as the drug was shown to only have a modest effect and that women exhibited concerning side effects.

The search for a pill to treat women’s sexual difficulties has been something of a holy grail for the pharmaceutical industry. From October 2015, the drug flibanserin under the name “Addyi” will be available for prescription in the US.

It will be prescribed for women who have being diagnosed with a controversial condition called Hypoactive Sexual Desire Disorder (HSDD), which essentially is low libido that causes stress.

Addyi will bear a boxed warning — the most serious type of warning  — alerting doctors and patients that combining the pill with alcohol can cause dangerously low blood pressure and fainting.

Sprout Pharmaceuticals is unable at this time to say when the drug will arrive in Australia as it has yet to be approved by the Therapeutic Goods Administration (TGA).

A diagnosis of Hypoactive Sexual Desire Disorder (HSDD) is a controversial reasoning for approval of the drug as HSDD no longer appears in the Diagnostic and Statistical Manual of Mental Disorders, widely used to diagnose patients but also to assess insurance claims in the US.

HSDD has been reclassified in the Diagnostic and Statistical Manual of Mental Disorders as Female Sexual Interest/Arousal Disorder as scientists don’t view desire and arousal as separable any more, note critics of the drug.

However HSDD as defined by Sprout Pharmaceuticals has the following characteristics:

Flibanserin targets neurotransmitters such as dopamine and norepinephrine that the brain uses to transmit information and can affect mood (or in this case boost sex drive) – this is also known as an anti-psychotic. Antidepressant drugs use similar mechanisms.

This action is dissimilar to Viagara (the male libido drug) which works physiologically by stimulating blood flow to the penis to help create a erection.

It is believed that it can take up to a number of weeks before any positive effect is seen from taking flibanserin and that a woman should not take the drug for longer than 8 weeks if no effect has been experienced.

“This is not a drug you take an hour before you have sex. You have to take it for weeks and months in order to see any benefit at all,” said Leonore Tiefer, a psychologist and sex therapist who organised a petition last month (July 2015) calling on the FDA to reject the drug.

Side effects of the drug include fainting, nausea, dizziness, drowsiness and a fall in blood pressure. It also cannot be taken with alcohol and there is concern about using it with contraception medicines.

The risk of these side effects are enhanced if a person has existing liver ailments or are taking certain medications such as steroids.

The Case Against Flibanserin

Critics say that the drug was only approved by the FDA due to a lobbying group campaign, known as ‘Even the Score’ began publicising the lack of drugs for female sexual dysfunction as a women’s rights issue in 2014.

“Women deserve equal treatment when it comes to sex,” the group states in an online petition to the FDA, which attracted more than 60,000 supporters.

Women’s groups, including the National Organisation for Women, signed on to the effort, although it was funded by Sprout and other companies working on drugs to increase female libido.

It is anticipated that flibanserin, should it be approved for prescription in Australia will cost consumers about $400/ month. This figure is extremely cost prohibitive for Australian women. 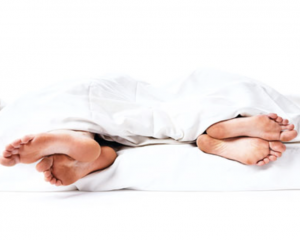 What is Low Libido Anyway?

How do you decide what is low libido? Every woman is different when it comes to how much sex they want.

Because so many factors affect sexual appetite, there are a number of alternate causes doctors must rule out before diagnosing the condition, including relationship issues, medical problems, depression and mood disorders.

The challenge for GP’s before prescribing this expensive drug is to determine whether the low libido is due to any of these issues or whether it is something a drug could potentially work on pharmacologically.

The diagnosis of HSDD is not universally accepted and some psychologists argue that low sex drive should not be considered a medical problem.

Critics argue flibanserin is an ineffectual pharmacological solution for a problem better treated with relationship counselling, sex therapy and lifestyle and behavioural changes.

Reasons why a woman may have low libido are varied and is not something that can be altered by a drug. Having children, challenges at work, being unwell, relationship issues, stress and fatigue are all valid reasons why libido can be reduced.

Perhaps it is these issues that should be looked at and addressed before we go prescribing a little pink pill for $400 per month for 0.5 – 1 extra satisfying sexual experiences!

Flibanserin is a problem-prone drug for a questionable medical condition.

Women and their doctors will have to decide whether the drug’s modest benefits warrant taking a psychiatric pill on a daily basis.

Opponents of the drug say it’s not worth the side effects, which include nausea, drowsiness, dizziness and fainting that can lead to serious injuries.

This is not a wonder drug. Flibanserin appears to only increase, on average one extra sexually gratifying experience a month.

This seems to be an example of a woman’s sexuality being marketed in a little pink pill, when a raft of other factors such as stress, time availability, fatigue, lifestyle and relationship issues need to be addressed as priority.