Hemp – Why the Hysteria? 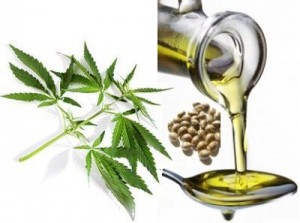 Hemp Seeds and Hemp Seed Oil – Why the Hysteria?

It’s Australia 2014 and according to our current Food Act it is still illegal to sell hemp seeds or hemp oil as a food!

The following article appeared in The Age July 2014 outlying the confusion.

They are climbing the superfood sales charts elsewhere and claims of their health benefits are spreading, but in Australia hemp seeds remain under a cloud.

It is one of the few countries in the world where a question mark hangs over their legality. Despite no evidence that consumers can get high from the cannabis plant derivative, there are bans in place.

A Food Standards Australia New Zealand investigation concluded that “hemp does not have any psychoactive properties”. It said it didn’t identify any safety concerns about consumption and that hemp seeds were a nutritious food containing sizeable amounts of protein, polyunsaturated fats and dietary fibre.

Yet a Melbourne restaurant that regularly serves dishes containing hemp seeds could be pursued by the Health Department if its identity was disclosed.

As cannabis is a prohibited substance under the Food Act, it is illegal to sell hmp seeds, or hemp seed oil, as food. The fine is $40,000 for an individual and $200,000 for a corporation. A Health Department spokesman said it would follow up a complaint if one were made and that there are no exemptions.

But a restaurateur who serves hemp smoothies and hemp seed chocolate fudge said she was unaware she was committing an offence. She said she relied on information from her hemp seed supplier.

Confusion about the law stems in part from its wording. While it is not permitted to sell hemp seeds as food, it is legal to sell them as something else. This is how outlets other than restaurants tiptoe around the rules.

Retailers promote and sell them as a facial scrub ingredient, for instance, while well aware of customers’ unspoken intentions to sprinkle them on salads and cereals.

“Nobody buys them for anything but food,” another retailer said.

This raises a question: is it legal to eat them if you have a few left over from the facial scrub? Inquiries suggest the bans relate to the sale of hemp seeds, not the ownership. Food Standards Australia New Zealand says it is legal to possess hemp seeds as food.

A ministerial review of the law was due to conclude last week, but is now expected to go on until later in the year. The last review, in 2002, rejected overturning the ban partly because it could send a confused message to consumers about the safety of cannabis and could complicate law enforcement drug testing.

Why the Confusion? –  Hemp is simply NOT Marijuana!

Cannabis sativa  (known also as industrial hemp) is a cousin of marijuana but contains very low to negligible levels of the chemical  THC (tetrahydrocannabinol), which is the main ingredient that produces the psycho-active (mind-altering) effect.

THC  is produced in specialised glands found mainly in the flowers surrounding the seeds and to a lesser extent on the leaf surface of the plant. No THC is found in the seed. Typically  Cannabis plants with a THC concentration of 3% and above is considered desirable as marijuana while less than 3% THC is considered as industrial hemp. However, many commercial-grown industrial cannabis plants grown for seed or fibre production must not exceed 1% THC.

Hemp is a native of western and central Asia and is currently cultivated commercially in Europe, in parts of China, Japan, Canada and the United States.

The European Union has (progressively) legalised hemp seeds and hemp seed oil with low THC content (0.3%) and the global economic market for low-THC hemp – used in medicines, papers and fabrics – is valued at $100-200 million annually.

Hemp seeds are an extremely nutritious food.  It is known to have high levels of vitamins A, C and E and β-carotene, while its mineral profile is also impressive being rich in minerals like phosphorus, potassium, magnesium, sulphur and calcium.

Hemp seeds have a notable protein profile. It provides a source of all 20 known amino acids and includes the 9 essential (those we cannot produce ourselves) amino acids. Two thirds of this protein is called Edestin, and is found only in hemp seed. The other one third of hemp seed protein is Albumin. Hemp protein does not have any of the trypsin inhibitors which block protein absorption and is additionally free of oligosaccharides found in soy, which can potentially cause stomach upset and gas in sensitive individuals.

This makes hemp seeds ideal for vegans and vegetarians! However there appears to be no limitation to who would benefit from hemp seeds – from babies to the elderly, the nutrient profile of hemp suits everyone.

Hemp seeds provide a high amounts of soluble fibre which assist in keeping  the digestive tract healthy. Conditions such as  constipation and bloating could benefit from the addition of such fibre.

Hemp seeds are a more digestible protein than meat, whole eggs, cheese, human milk, cows milk, or any other high protein food. They even have more available protein than soybeans.

How to Use Hemp Seeds

Always Raw – Don’t cook so as to preserve the nutrients

For an adult the recommended dosage is approximately 4 tablespoons per day.

Hemp seed oil is a very heart -healthy oil. Hemp seed oil contains less oleic acid than other heart-healthy oils, such as olive oil,  indicating that hemp seed oil might reduce the clotting of blood platelets that can lead to heart attacks.

It is the bioactive compounds found in hemp seed that have the potential to  lower blood cholesterol levels and have an anti-atherogenic (formation of fatty deposits in the arteries) action.  These compounds are PUFAs such as omega 3 fatty acids and sterols.

One of the linolenic acids contained in hemp seed oil is an omega-3 fatty (alpha linolenic acid) acid that some studies have recognised as preventing coronary heart disease.

A high ratio of polyunsaturated to saturated fats has been linked to reductions in cholesterol levels and atherosclerosis, so the proportions seen in hemp seed oil have the potential to help prevent heart disease.

Hemp seed oil contains sterols known also as steroid alcohols. It is known that sterols are useful in lowering cholesterol and a daily dietary intake of sterols has been linked to a lower risk of heart attack.These plant chemicals, such as beta-sitosterol and campesterol have been linked to lower heart attack risk  and reducing the ‘bad’ cholesterol low density lipoprotein (LDL) cholesterol. Sterols may also lower inflammation and slow the progression of atherosclerosis.

Our cells are partly composed of essential fatty acids (EFAs) and our immune cells are constantly turning over in order to overcome invading pathogens.  Hemp seed oil can help to improve an immune deficiency and repetitive infections by replenishing vital EFA reserves used for building immune cells.

Hemp seed oil has the ability to assist circulation,  may help reduce numbness and tingling and also increases insulin function.

Phytol is a sterol found in hemp seed oil and is  associated with antioxidant benefits. As a compound phytol can also be found in foods such as spinach, beans, raw vegetables and asparagus.

Tocopherol (vitamin E) is another antioxidant in hemp seed oil and  is known to be beneficial against degenerative diseases, such as atherosclerosis and Alzheimers Disease.

The fatty acid content of hemp seed oil are known to have a useful anti-inflammatory effect for skin conditions like psoriasis, eczema, acne and dry skin. Taken internally it is nourishing while if used topically it is moisturising for the skin.

How to take Hemp Seed Oil

The approximate dosage of hemp seed oil is 1-2 tablespoonfuls per day for an adult.

The hemp plant has a traceable 5,000-year history in the manufacture of cloth and paper as well as a food and folk medicine.

It’s time to update the Food Act! Separate the conundrum of industrial hemp versus marijuana. One is a valuable food source providing valuable nutrients and health benefits while the other provides a psycho-active effect.

Australians are smart enough to recognise the difference! Remove the confusion regarding the apparent illegality of selling hemp seeds and hemp seed oil but not of ownership of the same product.

With a tightly controlled industrial hemp industry, THC content is negligible and provides no risk to the population.  We hope that the ministerial review due to be concluded later in 2014 removes the hysteria and instead leads with common sense.