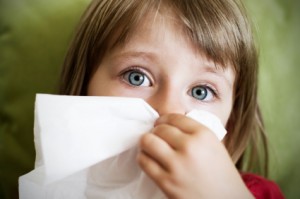 A child with a fever is every parents nightmare and is usually the first indication that a child is ill.

Watching the thermometer steadily increasing, feeling the heat radiating from the child and the listlessness is a simply horrible experience for everyone.

A common practice is to reach for the ibuprofen and dose the child up as quickly and as often as possible. But how efficacious and safe is this practice?

Ibuprofen is a non-steroidal anti-inflammatory drug (NSAID). Ibuprofen is commonly taken to alleviate mild to moderate pain and to minimise the impact of fever in children over 3 months of age.

Ibuprofen’s painkilling effects work very quickly after a dose is taken however its anti-inflammatory effects can take a considerable amount of time, sometimes a few weeks.

Ibuprofen does not treat the cause of the child’s pain but relieves the feelings of the pain with the above action.

Ibuprofen is made and sold by many different companies. Different brands therefore have different names with some of the most common ones being Nurofen, Brufen, Advil and Dimetapp.

Having a high temperature causes headache, feelings of being unwell and aching all over the body. Lowering the temperature can help the child feel more comfortable.

It is worth considering however that a high temperature is one the body’s mechanisms to control infections. While theoretically lowering the temperature can make the immune system less effective, it does not seem to make much, if any, difference in how quickly a child becomes well again. Low grade fevers are usually caused by viruses and will go away without medicine and without causing any damage.

Side Effects of Ibuprofen

Gastrointestinal (GI) bleeding is one of the more well known and documented side effects (up to 25%) from taking too much ibuprofen.

People who take high doses of ibuprofen on a regular basis are three times more likely to experience GI bleeding than those who do not take painkillers.

These effects in some cases can be seen as early as two days after first taking the drug which is why it should be taken with food or milk to reduce possible ulcerative effects on the stomach lining.

However, ibuprofen has another, unwanted side effect as it reduces blood flow to the stomach and duodenal lining. This impairs healing and reduces the mucous layer that forms a protective barrier in the gut.

Without this layer, stomach acid can damage the gut lining.

Additional GI side effects include indigestion, nausea, vomiting, diarrhoea, abdominal pain, and flatulence. More serious GI effects have been uncommonly reported and have included hidden blood loss, ulcer, GI haemorrhage with or without tearing and pancreatitis.

The incidence of gastrointestinal blood loss with ibuprofen is dose-related, occurring in up to 17% of patients (adults) receiving 1,600 mg per day and in 23% of patients receiving 2,400 mg per day. This dosage is of course much lower for a child.

Side effects affecting the liver have included elevations in liver function tests in up to 15% of patients. Rarely, jaundice, cholestasis (decrease in bile flow), hepatitis and hepatic failure have been reported.

Ibuprofen has also been implicated in the so-called acute vanishing bile duct syndrome in children which occurs when there is an extreme and chronic decrease in bile flow as well as a loss in intra-hepatic bile ducts.

There are reports of a severe allergic reactions which require immediate hospitalisation. For example a 12 year old boy presented to the hospital with fever and cough of 1 day duration after receiving 150 mg dose of ibuprofen (5 mg/kg). He developed a generalised rash, facial swelling and shortness of breath 1 hour after ingestion.

Ibuprofen for children comes in several different strengths: for babies, for young children and for older children.

Common strengths of ibuprofen include:

Do not give ibuprofen if the child is dehydrated due to vomiting or diarrhoea.

It is advised that children with asthma should not take ibuprofen due to the potential for respiratory distress.

As a general guide ibuprofen is dosed at 20mg/kg in divided doses. For children weighing less than 30 kg, the total dose per day should not exceed 500 mg per day. Any more than this over the long term could result in gastrointestinal issues.

A child with a fever and / or experiencing pain is extremely challenging and confronting for parents to deal with. It is a natural response to want to alleviate any discomfort as quickly as possible and ibuprofen is a fast acting medication to alleviate fever in particular.

However if a child has a low fever (38.5 to 39°C) the advice is that we should allow the body to fight the infection with its normal mechanisms and without dosing with ibuprofen.

Temperatures above this range should suggest to parents to take their child to hospital to ensure that there is nothing more sinister and to reduce the risk of febrile convulsions.

However if you do decide to dose with ibuprofen, stick to the dosing guidelines and give each dose with food or milk as the risk of developing gastrointestinal issues, even in the short term is a very real concern.