This popular herbal medicine, derived from one of the oldest species of tree on earth, is widely marketed as a memory booster. Ginkgo biloba does help with age-related memory loss, but whether it’s a ‘smart pill’ meant for everyone remains to be seen.

The medicinal form of the herb is extracted from the fan-shaped leaves of the ginkgo biloba tree, a species that has grown in China for more than 200 million years. (The leaves are bi-, or double-, lobed; hence the name ‘biloba’.) A concentrated form of the herb, ginkgo biloba extract, is used to make the supplement. Commonly called ginkgo, the extract is obtained by drying and milling the leaves and then extracting the active ingredients in a mixture of alcohol and water.

Ginkgo may have beneficial effects on both the circulatory and the central nervous systems. It increases blood flow to the brain and to the arms and legs by regulating the tone and elasticity of blood vessels, from the largest arteries to the tiniest capillaries. It also acts like aspirin by helping to reduce the ‘stickiness’ of the blood, thereby lowering the risk of blood clots. Ginkgo appears to have antioxidant properties as well, mopping up the damaging compounds known as free radicals and helping to keep blood cells healthy. And some researchers report that it enhances the functioning of the nervous system by promoting the delivery of additional oxygen and nutrients to nerve cells.

Interest now centres on ginkgo’s possible role as a preventive for age-related memory loss. Unfortunately, there’s little scientific evidence that ginkgo will make most people better able to focus or remember. So far, it is those already suffering from diminished blood flow to the brain – not healthy volunteers – who have benefited most from the herb. Current research is trying to determine whether ginkgo’s ability to help prevent blood clots may stave off heart attacks or strokes.

The fact that ginkgo aids blood flow to the brain – thus increasing oxygen – is of particular relevance to older people, whose arteries may have narrowed with cholesterol build-up or other conditions. Diminished blood flow has been linked to Alzheimer’s and memory loss, as well as to anxiety, headaches, depression, confusion, ringing in the ears and dizziness. All may be helped by ginkgo.

Ginkgo also promotes blood flow to the arms and legs, making it useful for reducing the pain, cramping and weakness caused by narrowed arteries in the leg, a disorder called intermittent claudication. There are indications that the herb may improve circulation to the extremities in those with Raynaud’s disease and chilblains, or help victims of scleroderma, an uncommon auto-immune disorder.

In addition, by increasing blood flow to the nerve-rich fibres of the eyes and ears, some studies suggest ginkgo may be of value in treating macular degeneration or diabetes-related eye disease (both leading causes of blindness), as well as some types of hearing loss. Ongoing studies are assessing the possible effectiveness of ginkgo in speeding up recovery from certain strokes and head injuries, as well as in treating other conditions that may be related to circulatory or nervous system impairment, including impotence, multiple sclerosis and nerve damage associated with diabetes. Traditional Chinese healers have long used ginkgo for asthma, because the herb appears to alleviate wheezing and other respiratory complaints.

Use supplements that contain ginkgo biloba extract, the concentrated form of the herb. As a general memory booster and for poor circulation: Take 1000 mg twice a day. For Alzhimer’s disease, depression, ringing in the ears, dizziness, impotence or other conditions caused by insufficient blood flow to the brain: Take 2000 mg twice a day.

You can take ginkgo with or without food. It commonly takes four to six weeks, and in some cases up to 12 weeks, to notice the herb’s effects. Generally, it is considered safe for long-term use in recommended dosages. No adverse effects have been reported in pregnant or breast-feeding women who take the herb.

In rare cases, ginkgo may cause irritability, restlessness, diarrhoea, nausea or vomiting, though these effects are usually mild and transient. People starting the herb may also notice a headache during the first day or two of use. If side effects are troublesome, stop takin it or reduce the dosage.

Don’t use unprocessed ginkgo leaves in any form, including teas. They contain potent chemicals (allergens) that can trigger allergic reactions. Stick with standardised extracts, as the allergens are removed during processing.

Reminder: If you have a medical or psychiatric condition, talk to your doctor before taking supplements. 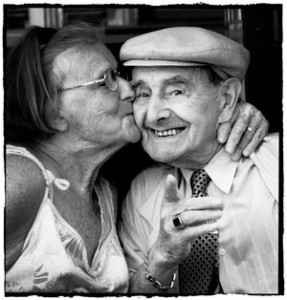 In the biggest European study for Alzheimer's Disease (AD) to date, Ginkgo extract was found to be significantly protectiveagainst the development of AD.

Ginkgo is an antioxidant that can help with circulatory disorders, cardiovascular health, it supports healthy aging, lowers mortality, can relieve symptoms such as dizziness, vertigo, anxiety and hearing loss, enhances cognitive function and eye health and the list goes on!

This study demonstrates the use of Ginkgo in AD prevention.