A surprising number of Australians and New Zealanders get too little iron – and few realise that lack of this vital mineral can make them weak, unable to concentrate and more susceptible to infection. Too much iron, however, can be dangerous.

Needed throughout the body, iron is an essential part of haemoglobin, the oxygen-carrying component of red blood cells. The mineral is also found in myoglobin, which supplies oxygen to the muscles and is part of many enzymes and immune-system compounds. The body, which get most of the iron it requires from foods, carefully monitors its iron status, absorbing more of it when demand is high (during periods of rapid growth, such as pregnancy or childhood) and less when stores of it are adequate. Because the body loses iron when bleeding, menstruating women often have low levels. Dieters, vegetarians and endurance athletes may experience iron shortfalls as well.

By helping the blood and muscles deliver oxygen, iron supplies energy to every cell in the body. Yet iron deficiency is surprisingly common. An estimated 9% of adolescent girls and 11% of women under the age of 50 are deficient in iron. While it’s rare to develop an iron deficiency from poor nutrition (iron is found in many foods), women with heavy menstruation periods and people with certain medical conditions may need to take supplements to prevent or correct iron-deficiency anaemia.

Keeping your body well supplied with iron provides energy, helps your immune system to function at its best, and gives your mind an edge. Studies show that even mild iron deficiency – well short of the levels commonly associated with anaemia – can cause adults to have a short attention span and teenagers to do poorly in school.

How much you need

The RDI for iron is 7 mg for adult men and 12-16 mg for women daily, falling to 5-7 mg after menopause. Pregnant women should seek professional advice. To combat anaemia, additional iron – either through diet or supplements – is typically needed for a period of weeks or months.

If you get too little: If you diet does not include enough iron, or if you lose too much through heavy menstruation periods, stomach bleeding (often caused by arthritis drugs) or cancer, your body draws on its iron reserve. Initially there are no symptoms, but as your iron supply dwindles, so does you body’s ability to produce healthy red blood cells. The result is iron-deficiency anaemia, marked by weakness, fatigue, paleness, breathlessness, palpitations and an increased susceptibility to infection.

If you get too much: Some studies link too much iron to an increased risk of chronic diseases, including heart disease and colon cancer. Excess iron ca be particularly dangerous in adults with a genetic tendency to overabsorb it (haemochromatosis), and in children, who are especially susceptible to iron overdose.

Iron supplements should be taken only under your doctor’s supervision; self-treatment can be dangerous. Anaemia requires a careful diagnosis and professional treatment to correct the underlying cause. When a doctor recommends it, iron is typically taken in a form called ferrous salts – usually ferrous sulphate, ferrous fumarate or ferrous gluconate. A typical prescribed dose provides about 30 mg of iron one to three times daily. Most men and menopausal women do not need iron supplements, and should make sure that iron is not included in their daily multivitamin.

Iron is best absorbed when taken on an empty stomach. However, if iron upsets your stomach, have it with meals, preferably with a small amount of meat and a food or drink rich in vitamin C, such as broccoli or orange juice, to boost the amount of iron your body absorbs. Never take iron for more than six months without having your blood iron levels rechecked by your doctor.

Iron-rich foods include liver, beef and lamb. Vegetarians have more difficulty in obtaining iron, as the animal sources are the best absorbed, but they can double their absorption of iron from foods by taking 500 mg of vitamin C with meals. Common vegetable sources are the blue, red and purple and black foods, such as red cabbage, eggplant, blueberries and red and black grapes. (The berries are good because, when fresh, they come with their own vitamin C.) Other good sources are beans and peas, leafy greens, dried fruits (apricots, raisins), seeds (pumpkin, squash, sunflower), brewer’s yeast, kelp, blackstrap molasses and wheat bran. Red wine is another source of easily absorbed iron.

Never take an iron supplement except on your doctor’s advice. A minority of people have an inherited disease called haemochromatosis, which causes them to absorb too much iron, and most of those affected don’t even know it. (Early symptoms include fatigue and aching joints.)

Taking iron on your own could also mask a cause of anaemia, such as a bleeding ulcer, and prevent your doctor from making an early, lifesaving diagnosis.

Reminder: If you have a medical condition, talk to your doctor before taking supplements. 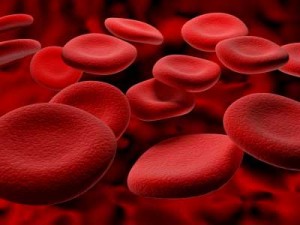 Everything You Need To Know About Iron

It is estimated that in Australia, 8% of preschool children, 12% of pregnant women and 15% of non-pregnant women of reproductive age have anaemia.

The diagnosis and management of iron deficiency anaemia (IDA) remains a challenge.

Iron deficiency can produce a wide range of unpleasant clinical symptoms even before the onset of ‘diagnostic anaemia’.