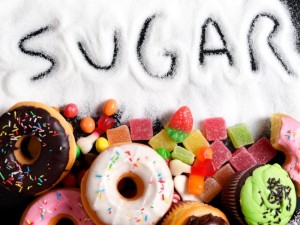 A so called sugar tax was announced in the UK recently as part of their 2016 budget.

The Chancellor of the Exchequer (the chief finance minister in the UK) George Osborne revealed he would be imposing a levy on the soft drinks industry, which is expected to raise £520m ($982,867,445 AU).

This tax will come in to effect in 2018. Osborne said the delay in implementation would “give companies plenty of time to change their product mix”.

Osborne said the tax would have two bands.  Drinks with 5g of sugar per 100ml will face a lower rate of tax while those that contain more than 8g per 100ml will be placed on a higher rate – though the rates have not yet been formally set.

Soft drink companies will pay the tax but the UK government expects some manufacturers will pass on the costs to customers making soft-drinks more expensive and (in theory) consumed less.

The new tax will affect popular soft drinks such as Coke, Pepsi and Red Bull  – and could see the average price of a 330ml can rise by 8 pence (15 cents AU).

The sugar tax (at this stage) will be limited to soft-drinks and not other sugary foods like lollies, pure fruit juices or milkshakes.

The tax will see some of the money raised ploughed into doubling the current funding for school sports.

Oliver, who has lobbied tirelessly for a sugar tax, hailed the  Chancellor of the Exchequers announcement.

“We did it!” he said on Instagram, saying it was “a profound move that will ripple around the world”.

He posted a video on Facebook urging other nations including Australia, Canada and Germany to follow Britain’s lead.

“It’s about time your governments got on this,” he said. “Australia, pull your finger out.”

It was seemingly part of a PR stunt as Jamie Oliver just happened to be walking past Westminster where the BBC was explaining the terms of the new tax.

While the presenter was on air, Oliver appeared on the right-hand side of the screen, where he performed an impromptu and joyful ‘sugar tax dance’.

Support in Australia for a Sugar Tax

A study in 2015 suggested that 85% of Australians would support sugar tax revenue being spent on anti-obesity measures. This research was commissioned by the Obesity Coalition which is calling for a similar tax in Australia.

“Why can’t we have a tax, that we know what it does is discourage unhealthy choices from people, and that money could be reinvested back into the health system?” he said.

Response from the Soft Drink and Sugar Industry

Expect the soft-drink industry to strenuously argue against the levy given thick-shakes, milkshakes, smoothies and juices can all contain a lot of sugar but won’t be taxed under this measure.

“We will do everything in our power to resist it,” Mr Schembri said.

“We are quite confident that there isn’t the political climate in Australia to have this tax introduced at this point in time.”

Australia is the third largest supplier of raw sugar in the world, with annual production worth $2 billion to the national economy

The surprise yet progressive announcement by the British coalition government has been widely applauded by both sides of politics.

Sugar consumption is connected to the obesity epidemic of our population and soft drinks are a big part of this equation.

By making it less financially attractive to purchase sugary products, consumption will (hopefully) decrease and healthier cheaper options like water will become the norm.

A number of other countries have this tax in place, Australia – it is now your turn!