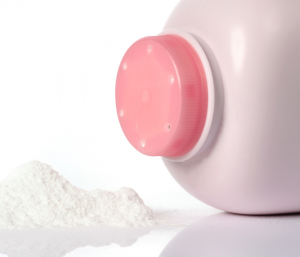 The American multinational company Johnson & Johnson has been ordered to pay $US 72 million to the family of a woman whose death from ovarian cancer was linked to using their talcum powder.

In a civil suit by Jacqueline Fox of Birmingham, Alabama, and part of a broader claim in the city of St Louis Circuit Court involving nearly 60 people, a Missouri state jury awarded her family $US 14 million of actual damages and $US 86 million of punitive damages.

In the verdict announced late Monday night (22/02/2016) after a three-week trial, jurors said Johnson & Johnson, in an effort to boost sales, failed to warn users of the potential dangers despite concerns raised by the American Cancer Society in 1999.

Jere Beasley, a lawyer for Mrs Fox’s family, said Johnson & Johnson “knew as far back as the 1980s of the risk,” and yet resorted to “lying to the public, lying to the regulatory agencies”.

In the trial, Fox’s attorneys introduced into evidence a September 1997 internal memo from a Johnson & Johnson medical consultant suggesting that “anybody who denies (the) risks” between ‘hygenic’ talc use and ovarian cancer would be publicly perceived in the same light as those who denied a link between smoking cigarettes and cancer; (they would be) denying the obvious in the face of all evidence to the contrary”.

Jacqueline Fox had previously noted that she used two of the company’s talc-based products — ‘Baby Powder’ and ‘Shower to Shower’ — as feminine hygiene products for more than 35 years before being diagnosed with ovarian cancer three years ago. ‘Shower to Shower’ was marketed with the slogan, “Just a sprinkle a day helps keep odour away.”

Her son Marvin Salter took over as plaintiff following his mother’s October 2015 death of ovarian cancer at 62, more than two years after her diagnosis. He said his late mother, who was a foster parent, used the iconic talcum powder as a bathroom staple for decades noting  “It just became second nature, like brushing your teeth,” … “It’s a household name”.

The verdict potentially opens up the floodgates for pending claims against Johnson & Johnson where there is currently 1200 lawsuits in the US from customers who claim they were not warned about the risks.

Talc is a naturally occurring mineral, mined from the soil and composed of magnesium, silicon, oxygen, and hydrogen. It is widely used in cosmetics and personal care products, such as talcum powder, to absorb moisture, prevent caking and improve the product’s feel.

There are also theories that  talc particles could travel to the ovaries, irritate them and cause inflammation. Low-level, long-term inflammation may increase the risk of some types of cancer. However this latest ruling is likely to prove controversial as many cancer experts believe this link to be unproven.

As a multinational giant specialising in medical devices, pharmaceutical and consumer packaged goods, manufacturer Johnson & Johnson is no stranger to controversy.

The company has previously been targeted by health and consumer groups over possibly harmful ingredients in a number of their products including its iconic ‘No More Tears’ baby shampoo.

In May 2009, a coalition of groups called the Campaign for Safe Cosmetics began pushing the multinational to take out  controversial ingredients from its baby and adult personal care products. After three years of petitions, negative publicity and a boycott threat, the company agreed in 2012 to eliminate the ingredients 1,4-dioxane and formaldehyde, both considered probable human carcinogens, from all products by 2015.

Johnson & Johnson are the chemical kings when it comes to their formulations. Their genius is in the marketing of a squeaky clean, natural range of brands such as Aveeno, Clean and Clear and Neutrogena.

Here is a snapshot of the cocktail for some of their baby (!) products.

A quick Google search reveals a considerable number of natural and safer alternatives to Talcum Powder.

Here is one of our favourites:

This defining ruling provides evidence that multinational giants such as Johnson & Johnson do not have our wider interests at heart – instead profit is their bottom line.

Only after intense pressure was carcinogenic ingredients taken out of products that were targeted to babies, children and adults.

The Missouri State court system at least thinks that Johnson & Johnson are at fault for the death of one individual.

This is one person too many.