The Methylation Pathway Made Easier 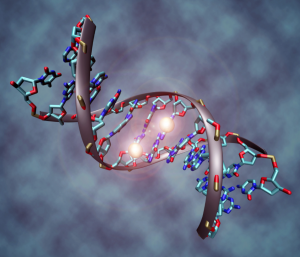 It seems to be little more than a modern day catch phrase but methylation is a vitally important process that happens inside each of us.

Whether this pathway is working optimally or is under or over performing can dramatically impact our health and the possible development of an alarming amount of diseases.

Methylation is responsible for many of the most complex and vital processes in the body. The methylation pathways can be found to occur in each cell as well as the liver and the fluid supplying the brain, impacting every system in the body.

Methylation helps determine who we are, what we look like, and how we behave yet even more importantly, it is central to our physical, emotional and mental wellbeing. Without methylation, we could not survive.

5. Two types of white blood cells (monocytes and lymphocytes) must be methylated. Undermethylation in these cells leads to excessive blood clotting, causing thromboses and strokes. It also leads to impairment of the immune system which is dependent on these white blood cells.

Why is Methylation so Important?

The methylation pathway is intimately involved in many of our systems including:

Is it any wonder that medical scientists and researchers are endeavouring to unravel the secrets of the methylation pathways?

Nerve function is highly dependant on proper methylation. We may have all the messengers our body requires yet if the proteins making each nerve’s insulation aren’t methylated,  proper communication between the nerves just isn’t possible.

The breakdown leads to faulty or incomplete nerve transmission that leads many of the symptoms of Autism, (chronic fatigue syndrome (CFS), and multiple sclerosis (MS) as well as physical, emotional, and behavioural changes.

Methylation controls the production and break down of neurotransmitters (NT), which are the chemical messengers in your brain and nervous system. NT’s are simply chemicals that allow brain and body cells to talk to each other. They work in a synchronised fashion so that those in the nervous system are able to communicate with the immune cells, one of the most powerful defences against infection and disease.

Our nervous system must have an efficient communication system in place for sounding the alarm as well as sending messages throughout the body.

Methylation is vital for the proper functioning of our cardiovascular system. This pathway mobilises fats and cholesterol, so that they can efficiently be processed and removed from the body without accumulating and clogging blood vessels and attaching to vital organs.

Methylation also regulates histamine levels, a critical hormone often over-expressed in allergic reactions such as those you may see with seasonal allergies, eczema, asthma, and/or anaphylactic reactions. Histamine reactions range from mild symptoms of sneezing and congestion from animal dander or pollen to life-threatening and even fatal reactions from bee stings or eating simple foods such as peanuts or shellfish.

Methylation also repairs proteins throughout the body, which is critical for optimal function. One such protein, haemoglobin, is an indispensable part of the red blood cell that delivers oxygen throughout the body while carrying waste products back for disposal.

DNA Methylation involves attaching work orders to our genetic code in order to gives each cell its’ job description so that one cell is instructed to be a liver cell while another will become a brain cell. This is made possible due to the methylation of RNA, a chemical messenger between cells that is instrumental in individualised cell identity. Methylation influences what goes in and comes out of each cell by making the shell, or cell membrane, more accessible. This allows each cell to fine-tune its needs by adjusting the flow of minerals, such as sodium and potassium, which are also crucial for sending and receiving messages.

Methylation is responsible for making, maintaining, and repairing DNA. If you cannot create and mend what makes you distinctively you, there are going to be serious problems. Methylation regulates the switching on and off of these genes. This is crucial for several reasons, as many of us have more than a few less than desirable variations, particularly cancer causing genes.

Lets look at histamine – a  critical hormone involved in a number of important functions.

Undermethylation is associated with low serotonin activity due to histamine not being methylated properly, resulting in an increase of histamine.

When blood contains high levels of histamine, the excess histamine is stored in the blood basophils (a type of white blood cell involved with inflammatory reactions in the body) and brain neurons.

This in turn can result in low levels of neurotransmitters such as serotonin and dopamine – the chemicals responsible for making us feel good. Despite a high energy drive, those suffering from high levels of histamine can often also show symptoms of depression due to low serotonin levels.

People who are under methylators have a genetic tendency to be very low in calcium, magnesium, methionine, and Vitamin B-6 and may have excessive levels of folic acid in nuclei of brain cells.

Overmethylation conversely causes an overproduction of serotonin, norepinephrine, and dopamine in the brain.  In many cases, high serotonin levels can cause psychological problems including reduced motivation, reduced libido, weight gain, and confusion.

Under or over methylation can therefore lead  to:

So here we go…. (keep in mind that this is extremely simplified)

The body makes different neurotransmitters out of particular amino acids. To do this, it usually changes the amino acid slightly by sticking one or more methyl groups onto the amino acid. This is called Methylation.

Methionine is an amino acid which we get from the protein foods we eat and, once it has undergone methylation, it has given away its methyl group molecules ending up with the totally different amino acid homocysteine.

The primary aim is to have reduced levels of homocysteine and optimal levels of methionine.

The Methylation Cycle carries methyl groups around the body like cars on a circular track. Being a circle, the pathway could start anywhere. But let’s start where there’s a methyl group attached to a molecule called SAM.

The body normally recycles Homocysteine back into SAM via methionine by adding methyl group molecules back onto it; from Step 3 back to point Step 1. A new methyl group is added to turn the molecule back into SAM again. Then the cycle is complete. The molecule goes round and round: Step 1, 2 ,3;  Step 1, 2, 3; Step 1,2,3; etc – carrying methyl groups where they are needed. That’s why we call it a Cycle. But that can happen only if there’s enough of certain vitamins and nutrients around — vitamin B12, folic acid, and a nutrient called TMG. These substances enable the recycling. They have to be present, or the Homocysteine can’t be changed back into SAM.

If for some reason high homocysteine levels are found this means that somewhere in the recycling half of the methylation cycle some process is not working optimally.

This may be due to:

Emed offers an MTHFR gene test.  The MTHFR gene, technically referred to as Methylenetetrahydrofolate reductase, is a key enzyme required to metabolise homocysteine. Mutations of the MTHFR gene may cause elevated blood levels of homocysteine.

The most common mutation in the MTHFR gene is called C677T. Individuals with two copies of this mutation, i.e. one inherited from their mother and one from their father, are called homozygotes.

This occurs in 5-10% of the population and these individuals are predisposed to developing high blood levels of homocysteine, particularly when their diets are low in folate.

A second mutation in the MTHFR gene, called A1298C, has also been implicated in high blood levels of homocysteine when found in conjunction with the C677T mutation.

The Methylation Cycle is a vital and complicated process that has been simplified for the purpose of this article.

That aside it is a process that we should be aware of due to its influence on a number of systems and consequently our health status.

If you are concerned about possible genetic polymorphisms, Emed is equipped to help you determine your MTHFR gene status. Should a genetic abnormality be indicated, our qualified practitioners can guide you with precise supplementation and lifestyle recommendations.