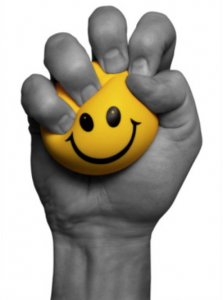 Cortisol is called the “stress hormone” because it is secreted during times of fear or stress, whenever your body goes into the fight or flight response.

Cortisol is made in your adrenals and our modern lifestyle puts constant demands on our adrenal glands.

The adrenal glands of a healthy person produce about 20mg of cortisol each day which may increase to 200mg a day during periods of stress.

It has been estimated that 80% of adults suffer from some sort of adrenal fatigue.

In the constant state of stress so commonplace today, cortisol creates chronic to severe inflammation that eventually causes premature ageing, cancer and leads to an earlier death.

In fact, cortisol is often called, “the death hormone.”

Cortisol causes blood sugar to elevate and this then leads to an acidic blood condition. Acidic blood leads to the modern life-style epidemics we see today like diabetes, heart disease and cancer.

Although stress isn’t the only reason that cortisol is secreted into the bloodstream, it has been termed “the stress hormone” because it’s also secreted in higher levels during the body’s ‘fight or flight’ response to stress, and is responsible for several stress-related changes in the body.

Small increases of cortisol have some positive effects:

While cortisol is an important and helpful part of the body’s response to stress, it’s important that the body’s relaxation response is activated so the body’s functions can return to normal following a stressful event.

Unfortunately, in our current high-stress culture, the body’s stress response is activated so often that the body doesn’t always have a chance to return to normal, resulting in a state of chronic stress.

Cortisol levels may vary during the day depending on your lifestyle.

Some of the main lifestyle reasons that can affect the levels of Cortisol hormone in your body during the day include:

1. Excess Caffeine intake. It’s best to consume coffee before 12:00pm every day as the Cortisol levels are at their peak during this duration.

2. Insomnia or sleep deprivation. Since Cortisol levels fall to their lowest after 10:00pm, your inability to sleep well at night on a regular basis, could trigger elevated levels of Cortisol hormone.

3. Prolonged sessions of exercise. Extensive and continuous sessions of physical exercise later in the day have been known to elevate levels of Cortisol in your body. Your body releases higher amounts of Cortisol in order to maintain the level of blood glucose in your blood.

5. Commuting long distances regularly. It has also been observed that commuting distances that require a lot of effort (long distances especially) can lead to increased levels of Cortisol.

There are four stages of adrenal exhaustion which will all cause different levels of cortisol within your body:

Cortisol also decreases serotonin and melatonin levels which may cause depression and insomnia, respectively. It is also an immunosuppressive which may result in a compromised immune system resulting with frequent infections and illness.

Stage two is a stage of “Chronic hyperactivity” or “Adaptation”. During this stage DHEA and cortisol remain high. Common symptoms are tiredness and desire to rest.

High cortisol also can inhibit the metabolism of T4, a thyroid pro-hormone produced by the thyroid gland, into its active T3 form. This can create a thyroid hormone imbalance known as reverse T3 dominance which can further contribute towards your adrenal symptoms.

This is the stage of “Chronic Adrenal Hypoactivity”or the continuation of the “Adaptation” phase.

During stage 3 cortisol finally falls to low levels throughout most of the day just like DHEA leaving you with low adrenal function.

Stage 4 is referred as the stage of ‘Exhaustion” or Neuronal Damage. Cortisol and DHEA-S levels during this stage are very low. Maintenance insomnia depression, exhaustion, diabetes, cardiovascular disease, degenerative disease, and cancer are common consequences.

In order to determine which stage adrenal fatigue you are in and therefore what is the most appropriate treatment you will need some testing.

We recommend a saliva test measuring DHEA and cortsiol levels four times throughout the day. The Adrenal Hormone Profile is an easy to use test kit and the samples can be taken in the comfort of your own home.

Some Tips to Manage Cortisol Imbalance

A few simple lifestyle changes, nutritional nourishment for your adrenals and some special herbs called adaptogens will help you obtain a much proper cortisol levels through the day.

Tip One: Make Some Simple Changes in the Way You Nurture Yourself

Choose a few of these tried and true ways to reduce stress and lower your cortisol before you go to sleep: 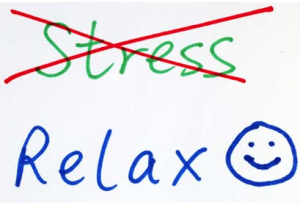 We sleep better at night when we build energy during the day.

Adaptogens are safe yet effective choices for building energy and fortunately they are abundantly grown in the earth’s garden.

Adaptogens increase the general capacity of the human body to adapt to stress and they increase resistance to disease.

They are not localised to a specific body organ but have a “normalising” effect (restorative rather than curative) on the imbalances caused by physical or emotional stress.

Examples of physical and emotional stress would include depression, anxiety, noise and occupational tension, biological stress from infection, chemical stress from alcohol, salt and environmental toxins and even changes in external conditions such as high altitude, extreme climate or irregular day rhythms.

Here are some great options: 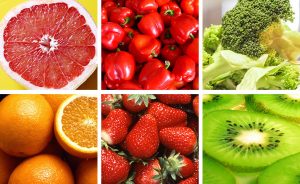 When under stress, there is greater potential to lose Vitamin C via your urine.

To restore levels, aim for 2,500mg per day and then take at least 1,000mg daily to optimise adrenal and immune function.

The B vitamins are all essential and a Vitamin B5 (Pantothenic Acid) deficiency causes your adrenal glands to shrink.

Energy levels are also dependant upon adequate supplies of Magnesium and Coenzyme Q10. Magnesium is best absorbed in citrate form.

The production of cortisol requires the amino acids Phenlyalanine and tyrosine. Quality protein supplements and dietary protein can assist here.