It's never too late to stop smoking, but unfortunately a tobacco addiction is one of the most difficult habits to overcome.

A number of natural supplements can boost your chances of success by helping you cope with cravings and reducing the anxiety that often accompanies giving up.

Though not considered an illness per se, smoking is a habit with serious health consequences. Within minutes of lighting a cigarette or cigar, the blood pressure and pulse rate rise and oxygen levels in the blood drop.

After several months of smoking, cough, sinus congestion, fatigue, shortness of breath and other symptoms can appear. Over the long term, smoking can lead to cancer, chronic lung disorders, heart disease and stroke.

Why do so many people continue to smoke despite the health risks? Because smoking is an extremely powerful addiction.

Not only does nicotine, the addictive drug in tobacco, cause physical effects throughout the body, but it goes almost straight to the brain, where it temporarily lifts spirits and soothes anxiety.

The social rituals associated with lighting up also work to calm anxiety. When you stop smoking, nicotine levels drop and jittery feelings accompnay a range of physical complaints.

Various supplements may help soothe the frazzled nerves and powerful cravings that afflict those trying to kick the smoking habit. Used for several weeks or month, they can help smokers through this difficult time.

All can be taken with other stop-smoking aids, such as nicotine patch or gum, and – under your doctor's supervision – with antidepressant drugs.

Begin by increasing your intake of B vitamins and vitamin C – which are depleted in smokers. Vitamin C complex promotes healthy nerves and can lessen anxiety; if you still remain unusually anxious, also take niacinamide, a form of the B vitamin niacin.

The antioxidant vitamin C mops up excess free radicals generated by cigarette smoke and can help to ease cravings and other withdrawal symptoms.

A number of additional nutrients – used singly or together – may also lessen nicotine cravings. Baking soda (sodium bicarbonate) might provide short-term relief. Studies show it reduces the desire to smoke by increasing the pH of the urine, thereby slowing the stimulation of any nicotine stored in the body.

Oat extract, which healers in India have used to treat opium addiction for centuries, presents another intriguing possibility. In one study, it significantly reduced the craving for cigarettes, even two months after people stopped taking it, possibly by affecting levels of the brain chemicals responsible for addiction.

The anti-anxiety herb kava may also be effective in calming the jitters if nicotine withdrawal, which typically dissipate within a month or so. In addition, everyone trying to kick the smoking habit may benefit from the antistress B vitamin pantothenic acid, which boosts production of stress hormones by the adrenal gland.

Within 3 months of stopping smoking, lung capacity increases. and after about 15 years, most of the elevated health risks return to normal. 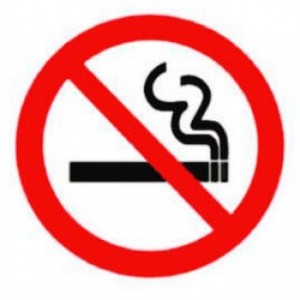 However, the researchers found no such link between a mother's smoking and boys' asthma risk.

The gender difference may be because boys mature at different rates than girls or maternal smoking could be more damaging to the lungs of female foetuses, Dr Rosa Alati of the University of Queensland and her colleagues suggest. 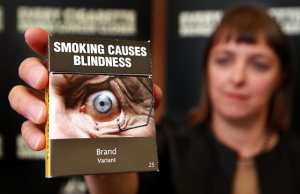 British American Tobacco, Japan Tobacco International, Philip Morris and Imperial Tobacco took their fight against the drab green boxes – designed to deter smokers – to the full bench of the High Court in April.

But in a win for the Federal Government, a majority ruling by the High Court today dismissed their case.

The decision means that from October, cigarettes made in Australia will need to be packaged in drab brown boxes featuring standard fonts and larger graphic health warnings.

Logos, slogans, colours and other brandings will be banned.