Feel Like The Mad Hatter? Mercury Toxicity is More Common Than You Think

Mad as a hatter. 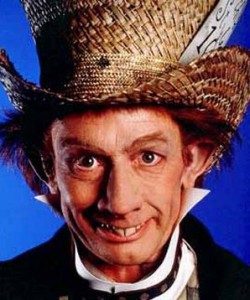 After the introduction of mercury into the process of hat making in the 17th and 18th centuries, mercury poisoning became extremely common among the hatters in Victorian Britain.

A mercury solution was commonly used during the process of turning fur into felt, which caused the hatters to breathe in the fumes of this highly toxic metal, a situation exacerbated by the poor ventilation in most of the workshops.

The mercury vapours hatters were exposed to left them disturbed and confused, tembling (hatters’ shakes), with a loss of coordination, slurred speech, loose teeth and memory loss. Hatters also often had accompanying symptoms of excessive timidity, diffidence, shyness, loss of self esteem, no confidence, anxiety, and withdrawal.

Sound familiar? In any modern medicine textbook, this list of symptoms would most likely lead to a diagnosis of dementia, depression and chronic fatigue.

However, this was known as the Mad Hatter Syndrome.

It is widely thought that Lewis Carroll had the condition in mind when he invented the character of the Mad Hatter in “Alice’s Adventures in Wonderland”.

In 2011, the sources of mercury may have changed, but mercury poisoning is still a concern.

Heavy metals such as lead, arsenic, cadmium and mercury are amongst the most commonly occurring toxic materials found in our environment today.

Mercury is actually the second most common cause of toxic metal poisoning.

Whilst these heavy metal substances are naturally occurring and have always been present in our environment in small quantities, industrialisation has led to an increase in heavy metal exposure, and subsequently, toxicity.

Chronic health effects due to cumulative exposure to toxic metals have been reported in peer-reviewed literature with increasing frequency.

It is important therefore to consider the possibility of heavy metal toxicity as a contributing or causative factor in many conditions.

Let’s face it, if you are sick due to heavy metal poisoning, you’re not going to get well until you address this issue.

Are You At Risk?

The most common people at risk of mercury toxicity include:

Could dental amalgam fillings be ruining your health?

If you are like most Australians, or most people in the world for that matter, you probably have mercury and/or other metal fillings in your mouth.

Mercury fillings, also known as “silver fillings” or “amalgam,” are the most common fillings in the world. Called silver because of their colour, they actually contain 45 to 52 percent mercury. Copper, tin, silver and zinc make up the remaining volume.

Mercury is continually released from mercury dental fillings in the form of mercury vapour and abraded particles. These mercury vapours can increase as much as 15-fold by chewing, brushing, drinking hot liquids, etc.

The good news is that less amalgam fillings are being used, although there are still some conservative dentists who insist, despite overwhelming medical evidence to the contrary, that dental amalgams are still the filling of choice.

The evidence shows that the more amalgams you have, the greater the mercury exposure – it makes sense.

A New Zealand study of 465 patients diagnosed with mercury toxicity found that 32.3% of patients suffered with severe fatigue, 88.8% had memory loss and 27.5% were depressed; all of which significantly improved with the removal of amalgam fillings.

This data is further supported by studies reporting a 70% improvement in chronic health complaints after amalgam removal, including severe conditions such as chronic fatigue, autoimmune thyroiditis and multiple sclerosis.

Are there safe levels of mercury exposure?

The Environmental Protection Agency in the USA has deemed that <0.1 mcg per kilogram of body weight would be considered a safe level of daily mercury exposure; that is, less than 7 mcg daily for a 70 kg person.

Consider then that each dental amalgam filling releases 3 – 17 mcg mercury vapour daily, and you can see why a detox might be a good idea for many people!

If mercury is so dangerous, shouldn’t everyone run out and have their dental fillings removed?

The process of removing amalgams can generate mercury vapour and particulates many times greater than if you left them alone. It is recommended that you consult with a reputable dentist who is knowledgeable in safe amalgam removal.

Is this you or anyone you know? 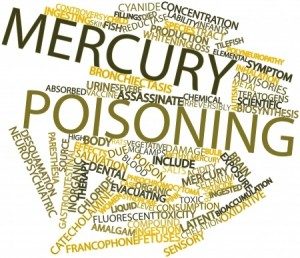 Certain symptoms and conditions have been particularly associated with mercury toxicity:

Nutrients and Herbs for Mercury Detoxification

Mercury can be conjugated and excreted with the assistance of glutathione (an antioxidant).

Cysteine is required for the activity of metallothionein, a protein that binds metals.

Adequate intake of zinc and selenium counteracts the toxic side effects of mercury.

The binding of selenium to mercury can also aid excretion – (that is why selenium in seafood often protects against mercury toxicity).

Zinc also increases the production of this protein metallothionein, required for mercury elimination.

Lipoic acid can increase bile excretion of mercury and evidence suggests it should be given with N-Acetyl Cysteine.

Vitamin E’s protective effects are most pronounced against the neurotoxicity caused by mercury.

A Vitamin B complex replenishes certain enzymes damaged by mercury. Folic acid is particularly important as a deficiency in this vitamin enhances mercury toxicity symptoms.

Coriander has been shown to mobilise and detoxify mercury from neural tissue.

Chlorella may protect the body from the effects of radiation and heavy metals, especially lead and mercury.

Sulforaphane, derived from cruciferous vegetables, is the most potent known inducer of phase II enzymes involved in the detoxification of xenobiotics.

Nutrients to be cautious with – potentially harmful

Iron may increase the lipid (fat) peroxidation of mercury.

Vitamin C should be used with caution in mercury toxicity as larger amounts may redistribute mercury rather than detoxify it. Evidence suggests it will shift mercury from the kidney and liver to the brain.

What Else Can I Do?

Epidemiological research has shown that hair is a good medium for the assessment of a wide range of elements.

Emed’s Hair Mineral Analysis checks for all of these and many more.

So take a hair sample for your quickest, easiest and cheapest way to screen for heavy metals.

Actor Jeremy Piven, best known as loudmouth talent agent Ari Gold on the TV show Entourage, made an early exit from the Broadway play Speed the Plow, due to mercury levels five to six times higher than normal.