Does Drinking Alcohol Cause Infertility? 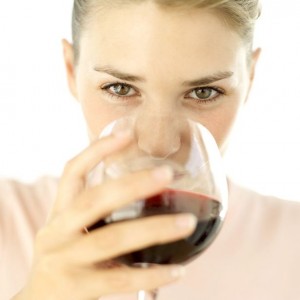 Around one in six Australian couples have problems with infertility, but you might not be aware that alcohol can affect your chances of successfully conceiving.

Even drinking less than one alcoholic beverage daily can disrupt a woman’s menstrual cycle, while exceeding recommended alcohol limits can have a negative impact on sperm count and quality.

While the effects of moderate drinking before trying to conceive is not an issue, certainly if you are female, heavy drinking at an early age can adversely affect your later fertility.

Sticking to sensible drinking limits before you even consider starting a family is recommended and giving up alcohol when you start trying to conceive is the best policy.

If you do need to undergo fertility treatment, it is important that you continue to abstain from alcohol, as drinking can reduce the success of fertility drugs and procedures.

To learn more about this subject, the following article discusses the link between alcohol and fertility in more detail.

Does Drinking Alcohol Cause Infertility?

For this reason, Government guidelines recommend that all women stop drinking before trying to conceive. However, can drinking alcohol prevent pregnancy altogether?

Lifestyle choices certainly have an impact on fertility and besides keeping active and choosing foods to help fertility, specialists in reproductive medicine advise that women give up alcohol, cigarettes and drugs to increase their chances of conception.

Even if you are not thinking of starting a family just yet, you may want to consider the impact of your drinking habits now, as heavy consumption of alcohol may still affect your future fertility.

Equally, it is not just an issue for women, with many men unaware that alcohol can also affect their fertility too.

With CDC figures showing that just over half of women of reproductive age drink alcohol, the association between alcohol use and fertility is an important issue for a lot of women.

This is especially the case as it is not only heavy drinking that has the ability to limit a woman’s reproductive potential, as research on the link between the menstrual cycle and alcohol shows.

While female alcoholics often experience irregular menstrual cycles and their periods might stop altogether, drinking alcohol at a level below which it would cause liver damage or have other adverse effects on your health is enough to disrupt the hormones that control female reproduction.

Even for women who don’t drink daily and are just social drinkers of alcohol irregular periods and infertility is a real possibility.

This relates to the fact that when your periods are irregular, there is a chance that you will not ovulate each month, so without the release of an egg it is not possible for conception to take place.

Researchers believe that alcohol exerts its effects by raising levels of estrogen and testosterone, while lowering levels of gonadotrophin-releasing hormone, all of which need to be in balance for the female reproductive cycle to take place normally.

More relevant to heavy drinkers is the fact that large quantities of alcohol can reduce the absorption of B vitamins, which play an important role in maintaining the monthly cycle, and a poor diet that occurs as a consequence of alcohol addiction can also interfere with the menstrual cycle.

It isn’t just women who need to consider their alcohol intake prior to conception, as drinking can also take its toll on a man’s sperm as well.

While drinking just a single alcoholic beverage each day does not seem to adversely affect male fertility, and may in fact protect sperm against damage to their DNA thanks to its antioxidant content, the same cannot be said about heavy drinking.

If you have two or more alcoholic drinks each day, this classes you as a heavy drinker, and this can damage your sperm’s DNA, leading to problems conceiving, and if fertilization does occur, possible birth defects.

Alcohol problems seem to affect male fertility by lowering levels of testosterone, which controls the number and health of the sperm that men produce.

This means that with heavy consumption of alcohol sperm count is typically lower, reducing the chance that a sperm will meet with the egg for fertilization to occur.

Similarly, with high intakes of alcohol sperm motility and their size and shape are also adversely affected, making it harder for them to reach the egg and for successful conception to take place.

To check if your sperm count is normal or low, consider the Forelife Sperm Test.

Early Abuse of Alcohol and Fertility

If you are under the impression that as long as you rein in your drinking before you try to conceive that this will not cause a problem, you should think carefully before you continue to drink more than is recommended.

While doctors previously thought that your earlier lifestyle choices had little impact on your chances of conception, research is emerging that shows that there is a link between early behaviors relating to alcohol and infertility.

One study that supports this association, certainly among women, investigated the relationship between alcohol dependence from a young age and the age of first childbirth.

The researchers found that among women who were dependent on alcohol and had taken part in binge drinking in their teens and twenties they were more likely to have their children when they were older, though the same effects were not seem among men.

Although the study did not explore the precise reason behind delayed reproduction in the women with a history of alcohol abuse, it is plausible that it took them longer to conceive due to the impact of alcohol on their menstrual cycle.

If you drink within sensible limits, but you do not want to give up alcohol till you are actively trying to conceive, you may wonder about the impact of your recent intake of alcohol and trying to get pregnant.

When these two organizations reviewed the evidence for the impact of alcohol on conception, they only found that with heavy use of alcohol infertility was an issue.

While two alcoholic drinks daily reduces the chance of pregnancy occurring, this was not the case among women who only had one drink daily.

Interestingly, they found evidence that a daily drink may even increase your chances of successful conception when compared to women who drink no alcohol at all.

Based on this information they strongly advise against drinking two or more alcoholic beverages daily, but conclude that there is limited evidence that recent moderate drinking impairs fertility.

Although historical binge drinking and recent heavy drinking appear to adversely affect fertility, you may wonder about the link between alcohol and conception when you drink on the day of intercourse.

The answer to this question very much depends on when you drink during your menstrual cycle.

For fertilization to occur, the timing of when you have sex is important, as while sperm can survive for up to five days, they must be present in the female reproductive tract around the time that ovulation takes place.

Anything that affects the release of an egg from a woman’s ovaries will therefore lower the chances of conception.

As we have previously answered the question “Can alcohol affect ovulation?” it is possible that drinking can reduce the likelihood of pregnancy, particularly if intercourse takes place on the predicted day of ovulation and not on other days around this time.

The fact that female blood alcohol content reaches higher levels close to ovulation, when its adverse affects are likely greater, means that with alcohol fertility around ovulation is lower than you might expect.

There are many reasons why couples may need to seek fertility treatment, but usually before you begin medication or assisted conception techniques you will be asked to modify your lifestyle to see whether these adjustments will aid natural conception.

If you still need to pursue fertility treatments despite making these changes, it is important that you continue to adopt a healthy lifestyle, which includes paying attention to your alcohol intake, as when drinking alcohol conception through assisted means is also affected.

If there are concerns that you are not ovulating, your specialist may initially prescribe the fertility drug Clomid for you before pursuing IVF.

This medication stimulates your ovaries to produce and release an egg. As alcohol and Opioid addiction can adversely affect ovulation, hindering the effectiveness of this treatment, the advice is to either cut back your alcohol intake to within recommendations or stop drinking altogether.

Although ideally you should abstain from drinking during treatment to maximize your chances of success, if you do decide to drink you should limit yourself to at most one alcoholic beverage daily.

An alternative fertility treatment is intrauterine insemination, where sperm are placed directly into your uterus, which is an option if your partner has mild problems with his sperm.

However, as we have already seen that alcohol can affect sperm size, shape and mobility, he should seriously consider looking at his drinking habits if he continues to use alcohol and consider alcohol recovery.

Meanwhile, if you need invitro fertilization, there is evidence that drinking alcohol during IVF reduces your chances of a successful outcome.

Indeed, a recent study that reviewed the results of research to date on this subject found this to be the case. 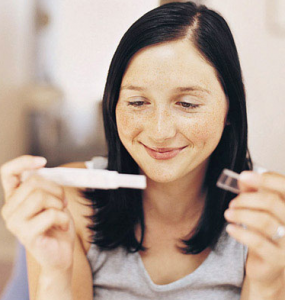 The researchers concluded that women drinking within the week and month before IVF were more likely to experience failed treatment and less likely to go on to have a successful pregnancy, and these outcomes were affected even when women were not drinking heavily.

Women who drank at least four alcoholic beverages a week were also less likely to give birth, highlighting a higher rate of miscarriage.

Finally, the research showed that a man’s alcohol intake in the previous week and month also reduced the success of IVF.

The best advice is therefore for both partners to avoid alcohol in the run up to fertility treatment.

As alcohol intake has a significant impact on fertility, whether you are trying to conceive now or wish to do so in the future, if you struggle to control your alcohol intake it is important you seek help to do so without delay.