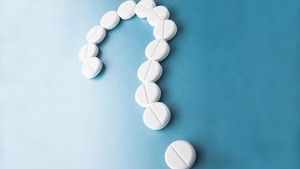 Currently more than 70% of Australians use a form of natural therapy as a regular part of their overall health care, with close to 2,000,000 professional consultations conducted yearly.

A review, conducted by the Department of Health at the beginning of 2015, regarding seventeen natural therapies (aromatherapy, naturopathy, yoga and Pilates, Alexander Technique, Ayurveda, Bowen therapy, Buteyko, Feldenkrais, herbalism/western herbalism, homeopathy, iridology, kinesiology, a range of massage therapy, reflexology, Rolfing and tai chi) is a real concern for those individuals who value lifestyle, diet and natural therapies as a means to achieve optimum health.

Removing many natural therapies from private health insurance will only worsen the pressure on already overburdened GPs and increase Medicare and Pharmaceutical Benefit Scheme (PBS) costs.

It also threatens the future viability of Australian natural therapy practices and the health and the well-being of thousands of Australians who use the services.

Of 35 funds registered under the Private Health Insurance Act 2007, the market is dominated by a small number of large insurers.

Medibank Private and BUPA have 54% of the market share; HCF, HBF and NIB have 26% while the remaining 20% is shared between 30 funds.

As of 31 December 2012, 47% of the Australian population had purchased a private health insurance product covering all or part of the costs related to hospital treatment, while 54% had purchased some form of ancillary (extras) cover. Natural therapies are a part of these extras.

Generally, naturopathy, herbal medicine, homoeopathy, nutrition as well as tactile therapies such as massage, reflexology and aromatherapy are all covered through private health insurance rebates.

Private health insurance providers cap the annual limit that can be claimed for natural therapy consultation. These caps depend on the level of cover – the higher the premium the higher the benefits but these are typically between $200 and $300 per year.

As a percentage of total private insurance benefit outlays, this is marginal when compared to overall benefits these services provide to health care outcomes in Australia.

Some health insurance providers offer coverage for some natural therapies  but may specifically exclude others. For example Australian Unity’s “Super Extras” cover, provides benefits for naturopathy but excludes kinesiology and shiatsu.

Comparing private health funds in Australia can be a confusing and frustrating experience.

For example a brief search reveals the following:

Each of the following funds have chiropractic, dietetics, acupuncture, naturopathy and remedial massage. The prices (which are inclusive of private hospital insurance) are vastly different for a family of four.

While for a single 40 year old female:

With 3.5 star rating (the highest that could be found) for natural therapies are:

The bottom line is that when it comes to natural therapies extras cover in private health insurance it is indeed confusing and frustrating to figure out what is and isn’t included in the policy.

Each of the registered 35 private health funds in Australia offer something different making it near impossible to accurately compare.

Then check to see what is covered (for example consultation costs and how many consultations are included, the modality/ modalities you are interested in, level of coverage).

If you deem after doing all the research, that the health fund  is right for you than agree to coverage with that provider.

Remember that YOU are the consumer and you have the power to choose a policy that is right for you.