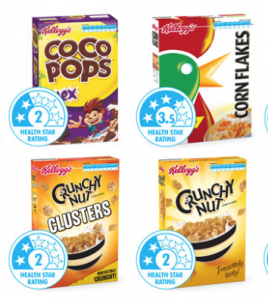 Kellogg’s has revealed that it is voluntarily adapting the Health Star ratings on all its cereals both in Australia and New Zealand – effective from June 2015.

The Health Star rating system is developed by industry, public health and consumer experts. Its aim is to assist consumers compare the healthiness and nutritional value of products on the supermarket shelves at a glance.

The amount of salt, sugar and saturated fat in products per 100 grams is taken into account.

Cereals that achieved five stars include All-Bran Original and All Bran Wheat Flakes.

Other popular brands such as Nutri-Grain, Frosties, Fruit Loops, Crunchy Nut Cornflakes and Coco Pops all got two stars. At the bottom of the list with one star was Crispix.

“While it is great to see Kellogg’s is on board, iconic brands such as McCain, PepsiCo, and Mars are still refusing to serve up the information consumers need,” said Choice spokesperson Tom Godfrey.

A Mondelez spokesman said the company, owner of Kraft, Belvita and Philadelphia, was resisting the scheme because it was flawed.

“Our view is that the concept and formula underpinning the voluntary system fails to account for individuals’ dietary requirements and takes an unrealistic view of portion sizes,” she said.

Food companies have four more years to comply with the star-rating scheme according to the federal Health Department. After that, it may become mandatory. 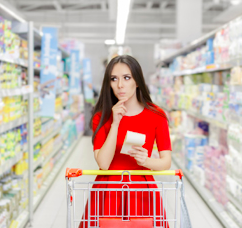 Criticism of the Health Star Rating

While the premise of the Health Star rating is to assist consumers compare the healthiness and nutritional value of products on the supermarket shelves at a glance, some glaring teething problems are emerging.

The Woolworths Select Straight Cut Potato chips received the maximum 5-star rating compared to the 4½ stars for fresh Pink Lady apples is one such case.

The George Institute of Global Health’s FoodSwitch website has provided a number of examples. FoodSwitch is a site which allows consumers to find the ratings of thousands of products based on the Government’s Health Star rating formula.

George Institute senior director Dr Bruce Neal said although the Health Star system was not perfect, “it gets it right in the vast majority of times”.

A Health Department representative explained: “The Health Star Rating system is not intended to be used to compare products across categories. The real value of the system is that it enables consumers to make healthier choices by comparing products within a food category.”

The problem is that the Health Star rating system was designed for processed food not for fresh food. However fresh food is now been packaged so it is also included in a system that is not designed to rate those foods.

As a dietician noted “Vegetables, fruits and nuts are among whole fresh foods that are packaged, and I would expect people to know they are good foods and not avoid them because of the star system.”

As this Health Star rating rolls out over the next 4 years in Australia and New Zealand, remember that this system is merely a tool for the consumer. 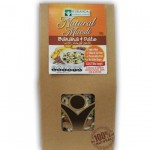 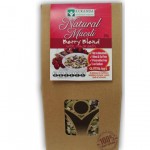 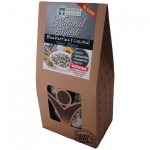 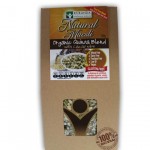 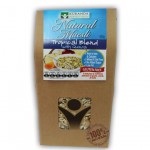