Medicinal Cannabis – Is It Australias Turn? 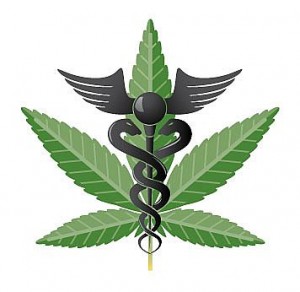 The medicinal use of cannabis was made illegal in Australia 50 years ago.

In 2014 the argument has found new momentum but concerns still exist due to cannabis’ reputation as being a hazardous drug rather then concentrating on its medicinal benefits.

Hijacked by the minority but still with considerable political power, the debate has been misled by “wilful exaggeration” of the risks of medicinal cannabis.

Some positive signs are occurring however.

Who Will Benefit from Medicinal Cannabis?

Australians with painful and dire symptoms from serious conditions are unable to legally alleviate their symptoms with medicinal cannabis. The conventional medicines for these conditions often work but they are sometimes ineffective or produce unacceptable side effects.

There are more than 8000 known rare diseases affecting more than two million Australians of which up to 400 000 are children. Rare disease are defined as a condition, syndrome or disorder that affects 1 in 10,000 people or less and are either life-threatening or chronically debilitating.

Most are genetic. Many people are alone in their plight to tackle and come to terms with an incredibly unique, debilitating and life-threatening illness.

Trials have been undertaken around the world that show the efficacy of cannabis in treating chemotherapy-induced nausea and vomiting; as appetite stimulants for HIV/AIDS and cancer patients, to prevent wasting, pain and neurological disorders; to prevent the intraocular pressure associated with glaucoma and for pain and spasticity in multiple sclerosis as well as the control of epileptic seizures.

A national survey of Australians living with HIV found that 18 per cent reported using cannabis to relieve nausea and stimulate appetite, separate to recreational use.

At least 1 in 5 Australians, that’s including children, live with chronic pain. Among people aged over 65, it’s 1 in 3. Research shows that chronic pain left untreated leads to devastating effects on the welfare of people’s lives, and the longer this goes on untreated the worse it gets.

The National Pain Strategy, developed by more than 150 healthcare professionals and consumers at a 2010 national summit, recommended chronic pain be recognised as a priority health issue and constitute a disease in its own right. In 2014 chronic pain still remains one of the most neglected areas of healthcare in Australia.

As a contemporary example the parents of Tara (8 years of age) began cannabis oil treatment as a last, desperate resort after a neurologist had given their daughter less than a year to live.

Tara was born with a debilitating and fatal form of epilepsy known as Dravet syndrome, had to take five different medications to control her seizures, a total of 18 tablets daily.

Tara suffered 10 grand mal seizures a day, with smaller episodes every five to 10 seconds. At her worst, she was suffering 500 seizures a day. An electroencephalograph (EEG) showed seizure activity every five seconds.

The constant epileptic seizures were shutting down Tara’s brain. But within hours of her first dose of cannabis tincture, Tara showed improved alertness. Within 10 days, she was mainly seizure free.

Like any medication, medicinal cannabis will be safest if the smallest dose is prescribed for the shortest period required to gain the desired therapeutic effect, under qualified and empathetic medical supervision.

Reviews of medicinal cannabis used under essentially controlled conditions indicate that the frequencies of both side effects and dependence are low. One specific review on side effects reported that they were modest, with only 10% of patients choosing to discontinue their treatment.

A greater incidence was found for cannabis over placebo treatment for disorientation (4% versus 0.5%), disturbance in attention (3.7% versus 0.1%), feeling drunk (2.9% versus 0.4%), euphoric mood (2.2% versus 0.9%), depression (1.9% versus 0.8%), memory impairment (1.4% versus 0.1%) and dissociation (1.7% versus 0.1%). Tolerance did not develop and the review concluded that abuse or dependence “is likely to occur in only a very small proportion of recipients”. Could we say the same thing for orthodox medications?

Longer-term studies have not indicated new safety concerns after several years of administration.

In the US states that have passed “medical marijuana” laws, no increase was found in the prevalence of use overall or among adolescents

The argument that allowing medicinal cannabis would “sends the wrong message” therefore is false.

Factors that need to be considered

Currently in Australia there is selective breeding strains of the cannabis plant with a process that can extract its medicinal properties while removing the psychotropic tetrahydrocannabinol (THC). Consequently there are strains of medicinal cannabis in Australia that are 97% free of psychoactive chemicals. It has all the medical benefits of cannabis but an individual cannot get ‘stoned’. This makes it ideal for very old, young or infirm patients.

As noted in the NSW Report:

The active substances found in medicinal cannabis can be vaporised for inhalation by an electrically heated vaporiser.

Oral inhalation via a vaporiser has advantages compared with oral ingestion, including superior concentration and the avoidance of swallowing in patients with nausea.

Smoked cannabis has been found to be effective in reducing pain intensity, improving sleep and is well tolerated without excessive adverse effects in treatment-resistant patients. However, smoking is not an accurate dosage method and is not acceptable to many patients, nor is it medically acceptable — except, perhaps, in patients with a short life expectancy or as a convenient self-medication treatment.

Toxic Side Effects of Medicinal Cannabis versus other Orthodox Medications.

Orthodox medications are responsible for the deaths of about 13,000 Australians yearly. Major toxic side effects can involve organ failure, immune dysfunction, appetite suppression and mental confusion. Ironically it is the over the counter medications such as paracetamol that cause substantial damage.

Additionally medications like methotrexate, commonly prescribed for conditions like rheumatoid arthritis and psoriasis can cause hepatic, renal, pulmonary and bone marrow disorders. ‘Minor’  toxic effects such as fatigue, nausea, vomiting, diarrhea, headaches and mild hair loss  while  not life threatening do occur in 20 to 30 percent of patients.

Antidepressants like Prozac and Zoloft have side effects such as nausea and sexual dysfunction, while (ironically) suicidal tendencies are also increased tremendously,

Cannabis containing THC can cause undesirable side effects, which increase with higher doses. These side effects include:

More serious side effects that have been reported include panic, paranoia, or acute psychosis, which may be more common with new users or in those who already have a genetic predisposition to psychiatric diseases such as schizophrenia.

The amount and effect of these side effects varies from person to person, as well as with the amount of cannabis used.

Cannabis is the least toxic of any pain reliever by comparison. It has never caused a single death. Cannabis does not have to be smoked to be effective and medical cannabis patients don’t have to get ‘high’ to experience pain relief.

Ranging from people with chemotherapy induced nausea  to parents of children with debilitating epileptic seizure have testified that the symptoms of these diseases and the side effects of the treatments have been much worse than any side effects of medicinal cannabis.

Patients should be able to benefit from medicinal cannabis if the conventional medications have been tried and failed or even if these medications are not wanted to be used at all.

Australian States and Territories On Board

Shane Rattenbury a Greens minister in the ACT,  is currently proposing a private member’s bill to legalise medical cannabis immediately.

Additionally New South Wales Premier Mike Baird gave conditional support to medical cannabis, while the NSW Opposition Leader John Robertson said he was willing to work with the government to reform laws governing cannabis use but only if research showed it relieved pain.

The  Queensland Premier Campbell Newman said he had an open mind on the issue but wanted research from the National Health and Medical Research Council.

There is currently a parliamentary inquiry scheduled in Tasmania and the leader of the Opposition in Western Australia declaring public support for medicinal cannabis. In Victoria both sides of politics remain opposed to any proposals to liberalise the laws.

The 2010 National Drug Strategy Household Survey of people aged 14 or older found 68.8% supported the use of cannabis for medicinal purposes viewing it as a compassionate approach to suffering patients. Almost three-quarters of Australians believe we should be doing more research on medicinal cannabis.

Australia is hampered by being a signatory to two international agreements overseen by the United Nations restricting the use of cannabis: the Single Convention on Narcotic Drugs (1961) and the Convention against Illicit Traffic in Narcotic Drugs and Psychotropic Substances (1988).

The use of cannabis as a medicine should be considered separately from the recreational use and control of the drug. This takes the emotion and fear mongering out of the argument and instead looks at the legitimate benefits and risks.

Medicinal use of cannabis should be implemented in Australia based exclusively on evidence of its clinical efficacy, safety and cost-effectiveness.

Australia uses morphine, cocaine, amphetamine and ketamine medically but the recreational use of these drugs is banned. If our politicians wanted to, they could allow the medicinal use of cannabis but continue to prohibit its recreational use as some sort of compromise.

Workable government-run medicinal cannabis systems are in place in places like Canada, some states in the U.S.A., Israel and Holland. By looking at what has worked (and what hasn’t) Australia could open its doors to a civilised, progressive and compassionate delivery of medicinal cannabis to those in need.

NSW Government. Report of the Working Party on the Use of Cannabis for Medical Purposes. Sydney: Office of the Premier of NSW, Volumes 1 to 3, 2000; Volume 4, 2001.