x
Emed > Nutrition > No Pain – No Grains > The Grind on Grains and A Review of NY Times Bestseller, “Wheat Belly”

The Grind on Grains and A Review of NY Times Bestseller, “Wheat Belly”

The development of farming and agriculture in the last 10,000 years has catalysed a huge change in the human diet.

Essentially, humans have gone from hunting and gathering their food, and eating diets rich in good fats, proteins and limited grains and seeds to growing food crops and eating a diet based around wheat and wheat-containing products.

Wheat products are now even commonplace in cultures that do not traditionally include wheat in their diets.

In fact, wheat plays such a central role in the average diet that most of us would be strapped for ideas if we were told to avoid it completely.

What would you put your sandwich fillings on? What about your morning muffin? And not eat pizza or pasta? Who are you kidding!?

Dietary guidelines promoted by government health organisations, diabetes and heart foundations have further cemented the inclusion of wheat in our diets, recommending up to a staggering 12 servings of grains per day!

Of course, we are told to eat “healthy” wholegrain products for the prevention and treatment of diseases such as cardiovascular disease and diabetes, but as you will soon see, we have been sadly misguided.

Did you know that wheat based bread, whether refined (white bread) or wholegrain is proven to have a more severe effect on blood sugar levels than simple table sugar?

Wheat Belly, The Book
Wheat Belly, the best selling book published in 2011 and authored by William David offers a new and provocative perspective on the issue of wheat and human health.

Dr. William Davis is a cardiologist specialising in disease prevention and reversal through a unique wheat-free dietary approach.

Based on a range of historical and scientific evidence in addition to Davis’s own clinical success with wheat-free diets, the main premise of Wheat Belly is that modern wheat is behind the current global obesity epidemic.

Davis describes in detail how the hybridisation and excess consumption of wheat, particularly over the last 40 years, has led to modern-day metabolic disorders including obesity, diabetes and heart disease.

Davis further offers an interesting take on Celiac disease and eludes to the fact that Celiac disease may be only a small part of a wider range of disorders involving immune-mediated gluten intolerance.

In the following series of articles, we highlight the key points from Wheat Belly and explain how wheat has changed over time, exactly why wheat is so harmful to human health, and how to say goodbye to wheat for good!

We will also offer effective and natural solutions for healing your gut naturally to experience better digestion and optimal wellbeing.

The Evolution of Wheat
Davis puts a strong emphasis on the association between agricultural modification of wheat and the development of modern diseases in Wheat Belly, but why? 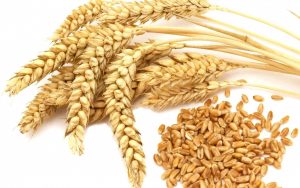 It may surprise you to know that the wheat we eat now bares very little resemblance to the wheat our grandparents or even great-grandparents consumed.

In fact, the first wild, then cultivated wheat grain known as Einkorn, was a simple plant containing only 14 chromosomes and was far more dense and less pliable than wheat as we know it now.

Enter wheat hybridization practices developed by the agricultural industry to increase crop yield per acre and help make wheat plants resistant to environmental conditions, such as drought or pathogens, such as fungi.

While these changes sound good in theory, Davis states that wheat has now been modified by humans to such a degree that modern strains such as Dwarf wheat are unable to survive in the wild without human support.

Furthermore, no animal or human safety testing was conducted on the new genetic strains that were created, meaning that genetic differences generated via thousands of human-engineered hybridizations make for substantial variation in composition, appearance, and qualities important not just to chefs and food processors, but also potentially to human health.

A Closer Look At Complex Carbohydrates

If you go by what you’ve been told about nutrition by the mainstream media and health organisations, all complex carbohydrates are the same and they are all good for you.

Unfortunately, this just isn’t true. There are significant differences between different dietary sources of complex carbohydrates and not all of them are healthy.

Complex carbohydrates contain repeating chains of simple sugars such as glucose, and are often referred to as dietary starches.

While they are touted as slow releasing sources of energy, some complex carbohydrates are broken down into glucose and faster absorbed than others, almost as fast as simple carbohydrates like table sugar, and these are the types of carbohydrates found in wheat.

Davis explains that wheat is comprised of 75% amylopectin-A, 25% amylose, carbohydrates easily digested in the gastrointestinal tract by salivary and stomach enzymes.

Rapid digestion and absorption of these carbohydrates is the main cause of the blood sugar-increasing effect of wheat.

Other dietary sources of complex carbohydrates such as potatoes, bananas and legumes contain different types of amylopectin (B and C), which are less easily digested than amylopectin-A, and therefore have less of an effect on blood sugar levels.
The Glycemic Index (GI) of a food is a measure used to determine how quickly blood sugar (ie. glucose) levels rise after eating that particular type of food. Glycemic Indexes over 70 are regarded as very high.

The problem with high GI foods is that glucose, the most simple form of carbohydrate is unavoidably accompanied by insulin, the hormone that transports glucose into the cells of the body, converting the glucose to fat.

Basically, the higher the blood glucose after consumption of food, the greater the insulin level, the more fat is deposited, particularly around the abdomen causing the development of…. you guessed it! A Wheat Belly.

The main premise of Wheat Belly and basic concepts discussed by Davis in regards to the health effects of wheat are sound.

Davis reiterate points made by gluten-free advocates and switched-on health professionals for years.

Although some of the conclusions Davis draws from research studies cited throughout the book may considered a little over enthusiastic and require further thought, he puts forth a compelling argument for following a wheat free diet.

The truth is, most people would benefit from excluding wheat from their diet in terms of weight loss, metabolic health, reduced inflammation and general wellbeing.

All in all, Wheat Belly makes for an entertaining, interesting and informative read and contains some great recipes and tips for eliminating wheat from your diet for good.

We recommend you grab a copy at your local bookstore or an electronic version online for Kindles or iBooks to find out the facts for yourself!