This promising arthritis fighter helps to build cartilage – which provides cushioning at the tips of the bones – and protects and strengthens the joints as it relieves pain and stiffness. Although your body produces some glucosamine, a supplement is more effective.

Scientists have long known that the body manufactures a small amount of glucosamine (pronounced glue-KOSE-a-mean), a fairly simple molecule that contains glucose. It’s found in relatively high concentrations in the joints and connective tissues, where the body uses it to form the larger molecules necessary for cartilage repair and maintenance. In recent years, glucosamine has become available as a nutritional supplement. Glucosamine sulphate is the preferred form for arthritis. It is readily used by the body (90-98% is absorbed through the intestine) and appears to be very effective for this condition.

Some experts hail glucosamine as an arthritis cure, but no one supplement can claim that title. It does, however, provide significant relief from pain and inflammation for about half of arthritis sufferers – especially those with the common, age-related form known as osteoarthritis. It can also help people with rheumatoid arthritis and other types of joint injuries, and if offers additional benefits as well.

Approved for the treatment of arthritis in some 70 countries around the world, glucosamine can ease pain and inflammation, increase range of motion, and help to repair ageing and damaged joints in the knees, hips, spine and hands. Recent studies show that it may be even more effective for relieving pain and inflammation (without the harmful side effects) that the nonsteroidal anti-inflammatory drugs (NSAIDS), such as aspirin and ibuprofen, commonly taken by arthritis sufferers. What’s more, while NSAIDs mask arthritis pain, they do little to combat the progression of the disease – and may even make it worse by impairing the body’s ability to build cartilage. In contrast, glucosamine helps to make cartilage and may repair damaged joints. Even in cases of advanced arthritis, where cartilage has completely worn away, it may be of significant benefit when used for long periods consistently.

As a general joint strengthener, glucosamine may be useful for the repevention of arthritis and all forms of age-related degenerative joint disease. It may also speed up healing of acute joint injuries, such as a sprained ankle or finger.

In addition to aiding joints and connective tissues, glucosamine promotes a healthy lining in the digestive tract and may be beneficial in treating ailments such as irritable bowel syndrome. It is included in various ‘intestinal health’ preparations sold in health-food shops, usually in the form of glucosamine sulphate.

How to take Glucosamine

The usual dosage for arthritis and other conditions is 500 mg of glucosamine suphate three times a day, or 1500 mg daily. This amount has been shown to be safe for everyone and effective for most. People weighing more than 90 kg or taking diuretics may need higher doses (about 900 mg per 45 kg of body weight); talk to your practitioner about an appropriate dosage.

Take glucosamine with meals to minimise the chance of digestive upset. It is typically taken long term, and appears to be very safe. While it may not bring relief as quickly as pain relievers or anti-inflammatories (it usually works in two to eight weeks), its benefits are far greater and longer-lasting when it’s used over a period of time.

The anti-arthritis effects of glucosamine may be enhanced by using it along with other supplements, such as chondroitin sulphate (a related cartilage-building compound), niacinamide (a form of the B-vitamin niacin), or New Zealand green lipped-mussel.

Other supplements sometimes taken with glucosamine for the relief of arthritis include boswellia, a tree extract from India; sea cucumber, an ancient Chinese remedy; and the topical pain reliever cayenne cream. No adverse reactions have been reported when glucosamine is used with other supplements or with prescription or over-the-counter medications.

Because glucosamine is a natural substance produced in the body, it is virtually free of side effects, though no long-term studies have been done. Rarely, gastrointestinal effects, such as heartburn or nausea, may occur.

Reminder: If you have a medical condition, talk to your health care practitioner before taking supplements. 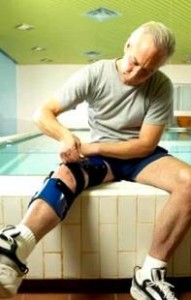 Current research is showing Glucosamine sulphate can significantly reduce pain and inflammation, increase mobility and actually regenerate damaged joint cartilage, making the use of non-steroidal anti-inflammatory drugs (NSAID's) obsolete in the management of osteoarthritis. In fact NSAID's may contribute to cartilage degeneration.

Degenerative joint disease or osteoarthritis, the most common form of arthritis affects the lifestyles of millions around the world. Osteoarthritis mainly affects the articular cartilage, subchondral bone (below a joint), the capsule and muscles surrounding the joint.

Glucosamine and chondroitin have been used for many years, with minimal side effects particularly when compared with other forms of treatment such as non-steroidal anti-inflammatory drugs (NSAID'S). Glucosamine and chondroitin are very popular products used by literally millions of people around the world and have undergone the scrutiny of 1000's of clinical trials with side effects that have at times been less than placebo.

Indeed in some clinical trials the placebo sugar pill reportedly showed more side effects than the glucosamine and chondroitin.