Vitamin B6, or pyridoxine as it is also known, performs a wide variety of functions in your body and is essential for your good health. For example, Vitamin B6 is needed for more than 100 enzymes involved in protein metabolism.

A water-soluble member of the B groups vitamin B6 is involved in more bodily processes than any other vitamin or mineral. It functions mainly as a coenzyme to act in concert with other enzymes to speed up chemical reactions in the cells.

Vitamin B6 exists in three major chemical forms: pyridoxine, pyridoxal and pyridoxamne, all of which are equally is satisfying nutritional needs, however some practitioners believe that pyridoxal is better absorbed.

In addition to other B complex vitamins, pyridoxine is considered an “anti-stress” vitamin because it is believed to enhance the activity of the immune system and improve the body’s ability to withstand stressful conditions.

Through its involvement in protein metabolism and cellular growth Vitamin B6 helps to maintain the health of the lymphoid organs (thymus, spleen, and lymph nodes) by the creation of white blood cells that fight infections. Vitamin B6 is needed for the synthesis of neurotransmitters such as serotonin and dopamine These neurotransmitters are required for normal nerve cell communication.

Vitamin B6 works closely with B12 and B9 (folic acid) and B12 requires the presence of B6 in order to be absorbed. When caloric intake is low your body needs Vitamin B6 to help convert stored carbohydrate or other nutrients to glucose to maintain normal blood sugar levels

Other major functions include:

Vitamin B6 is found in a wide variety of foods including:

Vitamin B6 can be lost in preparation, cooking, or storage. Cooking losses occur because some of the vitamin is dissolved in the cooking liquid. To retain vitamin B6:

A recent review of scientific studies showed that Vitamin B6 may help reduce the severity of nausea during early pregnancy.

Levels of important nutrients are often quite low in those with anorexia or bulimia. At least 20% of people with anorexia admitted to a hospital for treatment are deficient in Niacin (B2) and B6.

A US study has found that men who participated in a bereavement group were more distressed and anxious if their B6 levels were lower than those who coped with their feelings more healthily.

Vitamin B6 (pyridoxine) is essential for the metabolism of amino acids and fatty acids, for normal nerve function, and for the formation of red blood cells. It also helps keep the skin healthy. Animal studies show that a vitamin B6 deficiency can decrease antibody production and suppress the immune response.

Deficiency can occur in certain groups in the population, such as the elderly or alcoholics who regularly experience poor quality diets very little variety and even quantity and which are therefore are nutrients deficient. When intake has been very low for an extended time symptoms begin to present. 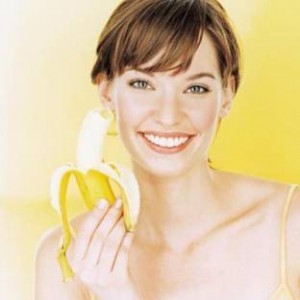 This remarkable nutrient is probably involved in more body processes than any other vitamin or mineral. It's needed to break down and release energy from protein, and is important for the functioning of the nervous and immune systems.

Vitamin B6, unequivocally the 'workhorse' of nutrients, performs more than a hundred jobs innumerable a day. It functions primarily as a coenzyme, a substance that acts in concert with enzymes to speed up chemical reactions in the cells.