10 Things You Should Know About Using Vitamin C 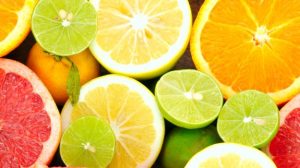 Vitamin C has long been a staple in the home as a defence against colds and flu, and to support the immune system. It’s one of the most versatile vitamins with a broad number of benefits, including some that you may not be aware of.

Here are 10 things you should know about Vitamin C:1. Supplement your Sex

Life High dose Vitamin C supplementation increases the frequency of sex in healthy men and women with a current partner.

Vitamin C has proven to have a mild anti-depressant effect in a placebo controlled trial. Decreases in depression scores were found in the Vitamin C group but not in the placebo group.

The amount of vitamin C in one extra serving of fruit or vegetables is associated with a 20% drop in all cause mortality, according to a UK study of almost 20,000. The risk reduction was evident even after adjusting for age, systolic blood pressure, cholesterol, smoking, diabetes and vitamin and mineral intake.

Research is suggesting that women with a family history of gallstones should increase their dietary intake of Vitamin C. The researchers said ascorbic acid influenced gallstone development by affecting the conversion of cholesterol to bile acids.Their research strengthened evidence that low levels may be an important risk factor.

Vitamin C plays an important role in maintaining healthy, glowing skin because of its role in collagen production and by providing protection as an antioxidant.

Researchers from Cambridge University and the University College Hospital in London found that women who miscarry often have high oxygen levels in the placenta. It is believed that if women consumed antioxidants, especially Vitamin C, the foetus could withstand the oxygen’s toxic effects.

Taking 500mg a day of Vitamin C (ascorbic acid) actually reverses a condition that leads to heart attacks according to a study published in Circulation, a journal of the American Heart Association. In a study conducted by the Department of Medicine at Boston University, 46 men and women were divided into two groups and half were given Vitamin C for 30 days. The Vitamin C group saw significant improvements in the endothelium (the lining of blood vessels), while the placebo group did not!