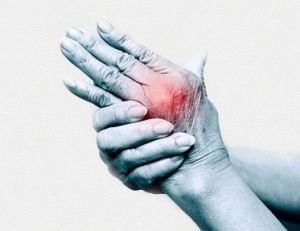 Rheumatoid arthritis (RA) is a chronic systemic autoimmune disease that causes progressive pain, inflammation and eventual destruction of the joints.

RA can occur at any age, but usually appears between the ages of 35 to 64. It is the second most common form of arthritis (after osteoarthritis) affecting nearly half a million Australians (2% of the population). An estimated 57% of people with RA are women.

At its worse RA reduces a person’s capacity to work, with only 31% of those affected in fulltime employment compared with 53% of the general population

The hallmark feature of this condition is long term inflammation of joints that is mirrored on the opposite joint. It affects the hands, wrists and feet, although any joint lined by a synovial membrane may be involved.

RA is a Systemic Disease

Although RA is commonly associated as affecting joints – most visibly the hands and feet, it is actually a systemic disease and can impact the whole body, including several organs:

The Immune System Views Synovial Fluid as an Invader

The immune system views the synovial fluid in joints as foreign invaders and attacks the synovium. The resulting inflammation thickens the synovium (called pannus formation), which can eventually destroy the cartilage and bone within the joint.

Inflammation causes the joints to become painful, hot and swollen and movement is restricted. Stiffness in the joints is common, especially in the morning. The inflammation caused by RA can result in permanent damage to the joints particularly if left untreated.

About one-third of those who get RA will have complete remission within 2 years of the disease onset.

This is most common course, affecting around 40% of people with RA. It is characterised as being slowly progressive punctuated by flare-ups (acute activity) and remissions. Flare-up periods last longer over time.

This aggressive course occurs in almost 20% of RA cases. This course is the most constant and destructive form of the disease which causes deformity, disfigurement and even premature death.

Symmetrical (both) hand effects are the most prominent feature of RA.

The most common symptoms of RA include:

How are the Joints Affected by RA?

A joint is where two bones meet to allow movement and flexibility. This movement is controlled by muscles attached to the bone through tendons. The ends of the bones within a joint are covered by a smooth tissue called cartilage, which enables one surface to glide over the other.

Each joint is surrounded by a capsule that protects and supports it. The capsule is lined with synovium, a type of tissue that produces fluid to lubricate and nourish joint tissues.

In a healthy joint, this lining is very thin, has very few blood vessels in it and does not contain any white blood cells.

In cases of RA the immune system initially attacks the synovium. White blood cells move from the blood stream and invade the synovium and small blood vessels also infiltrate the area. As a result the synovial membrane becomes thick and inflammed, resulting in unwanted tissue growth. The inflammation also involves the release of various biochemical substances causing pain, swelling and joint damage.

These substances eventually damage the surrounding cartilage, bone, tendons and ligaments. When these substances enter the bloodstream, they can cause fatigue and a general feeling of being unwell.

Over time the joint irreversibly loses its shape and alignment.

The immune system targets the lining of the joints (the synovial membrane) causing inflammation and joint damage. The characteristic swelling found in RA occurs when the joint produces too much synovial fluid in response to the inflammation. Being a systemic disease,  other parts of the body such as the lungs and eyes may also be affected.

Persons with RA often have family members or close relatives with the disease. If one member of a family has RA then other family members are three or four times as likely to develop the disease as the general population. It is believed that the HLA (human leukocyte antigens) genes are associated with a variety of autoimmune processes including RA.

Sex hormones may play a role in RA, as evidenced by the larger percentage of females with this disease, its improvement during pregnancy, its recurrence in the early postpartum period, and its reduced incidence in women using oral contraceptives.

Hyperprolactinaemia (high levels of prolactin) may also be a risk factor for RA.

Numerous infections have been suggested as possible causes for RA, including Mycoplasma organisms, Epstein-Barr virus, rubella and gingivitis bacteria.

Smoking increases the risk of developing RA especially in those people who are genetically predisposed.

Early diagnosis and intervention are critical to improving the outcome of RA. Studies show that people who receive early treatment for RA feel better sooner and more often, and are more likely to lead an active life. They also are less likely to have the type of joint damage that leads to joint replacement.

Diagnosis of RA depends on the symptoms and results of a physical exam – including warmth, swelling and pain in the joints.

X-rays can help in detecting RA, but may not show anything abnormal in the initial stages of the disease. However these first X-rays may be useful later to show if the disease is progressing. Often, MRI and ultrasound scanning are done to help judge the severity of RA.

A number of orthodox medications are commonly prescribed (usually in combination) to people with RA.

All have considerable side effects.

Often, doctors prescribe DMARDs along with NSAIDs and/or low-dose corticosteroids in an attempt to lower swelling, pain and fever.

NSAIDs are commonly prescribed to reduce pain and inflammation. They do not stop the disease from progressing.

Ibuprofen (e.g. Nurofen) and naproxen sodium (e.g. Naprogesic), are available over the counter,

The use of NSAIDs is often limited because they increase the risk of upper gastrointestinal problems, such as gastric ulcer. They are not suitable for use by people who have had a peptic ulcer or gastrointestinal bleeding.

The coxibs (e.g. celecoxib — brand name Celebrex) are non-steroidal anti-inflammatory agents. Studies have shown that the coxibs have lower rates of gastric ulcer associated with them than the conventional, older NSAIDs.

Corticosteroids, sometimes known as glucocorticoids, such as prednisone (e.g. Panafcort) and prednisolone (e.g. Panafcortelone), work by reducing inflammation and suppressing the immune system. They are used in the treatment of RA, both as tablets and as injections into the joint.

Prednisolone is sometimes prescribed by GP’s for moderate to severe RA when NSAIDs and DMARDs have not had the desired outcome. Oral corticosteroids are usually used at the lowest effective dose but still have adverse effects such as weight gain, hypertension and osteoporosis.

A category of arthritis treatments called biologics has been recently developed. The most notable is the tumour necrosis factor (TNF) inhibitors. TNF occurs naturally in the body and is a key player in the inflammatory process in RA. It is found in high concentrations in the joint fluid of people with RA. By attaching to the TNF molecule or its receptors on cells, these new agents can block its effect.

They can only be prescribed by certain medical specialists (rheumatologists and clinical immunologists).

Studies to evaluate the long-term safety of these powerful and expensive agents, have found in addition to some other side effects, an increased susceptibility to infection in people taking these medicines.

Over the past few years several new biologic agents have been developed which target substances in the body other than TNF.

RA  can have a dramatic impact on both metal health and daily living for individuals.

The mental health of people with RA can be severely affected by the chronic pain and ongoing physical disability. The constraints imposed by the disease can be detrimental to a person’s self-esteem and self-image. People with the disease can suffer from depression, anxiety and feelings of helplessness.

Disability caused by RA can make daily living activities difficult to do. Physical limitations and a lack of energy may affect normal household chores, caring or a family or even oneself. Mobility can be particularly limited and may restrict participating in social activities and employment. Social interactions may become difficult soon after initial diagnosis because of the rapid, early deterioration in physical abilities.

For persons aged 15–64 years, being unable to work is one of the most common problems associated with RA. The inability to work causes major financial and psychological issues for both individuals and their family. There is also the social and economic burden placed on the community resulting from a person’s incapacity to maintain employment.

Natural Therapies Can Help Alleviate the Symptoms of RA

There is no ‘one size fits all’ treatment protocol for RA as its course and severity varies from person to person and no two cases are the same.

RA symptoms may change from day to day where there are alternating active and ‘flared’ up days and at other times when it is inactive and good days.

Studies of RA patients showed they had less inflammation (and pain) and were able to reduce their NSAID medication when taking fish oil. In addition, the consumption of fish oils may help safeguard against cardiovascular disease, a condition commonly associated with RA.

People with RA have been found to have lower selenium levels than healthy people. A double-blind trial using at least 200mcg of selenium per day for 3-6 months found that selenium supplementation led to a significant reduction in pain and joint inflammation in RA patients.

Vitamin A has been recently shown to control chronic immune mediated auto immune inflammatory diseases such as RA by influencing inflammatory markers.

The herb Hemidesmus has been shown to suppress both the cell-mediated and humoral components of the immune system which is of benefit in autoimmune disorders such as RA.

One of the main active constituents in the herb phellodendron is berberine (BBR). BBR has been shown to exert immunosuppressive and anti-inflammatory effects in several autoimmune diseases including RA by reversing pathological changes and reducing inflammation.

A study has determined that Vitamin D in RA patients was significantly lower than that in the controls being deficient in 50.8%, insufficient in 23.8% and normal in 25.4%.

Vitamin D deficiency is strongly associated with musculoskeletal problems and autoimmune and inflammatory diseases such as RA.  If  levels are below 80nmol/L, 5000IU is recommended per day. Once vitamin D levels have normalised a maintenance dose of  2000IU/ day can be taken.

This indicates that vitamin D may play as an immune modulating agent to suppress inflammation and therefore reduce pain. 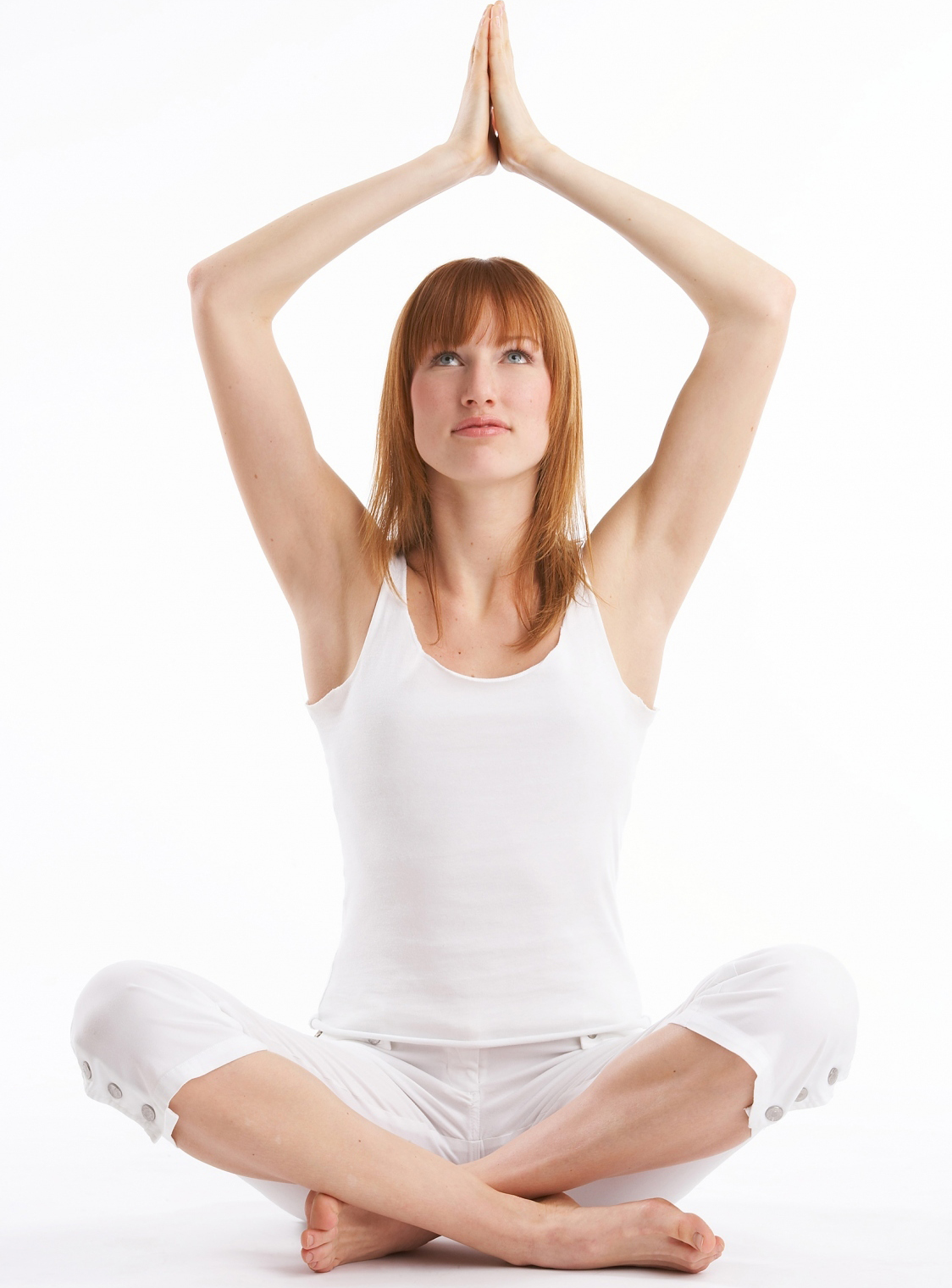 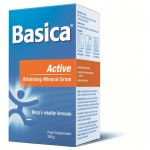