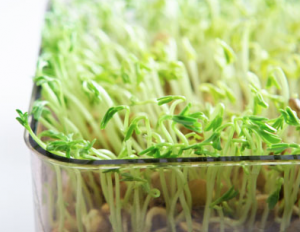 The Raw Food Movement has been taking the blogosphere by storm for a while now with advocates touting health benefits from unyielding energy to dramatic weight loss.

However there are several variations to Raw Food Diets within the Raw Movement, which is already a niche area of health creating confusion for newcomers to the scene.

The two main styles of raw eating are vegetable based high-fat raw diets and fruit based low-fat, high-carbohydrate diets.

The 80-10-10 diet is a fairly extreme example of a high-carbohydrate raw diet where it is recommend that 80% of dietary energy is obtained from carbohydrates and 10% of energy from protein and fats.

Less often people may include raw animal products such as milk and meat in their diet, however in this article we will be discussing raw vegan or vegetarian diets.

In general, following a Raw Diet means at least 70-80% of your food intake will be raw. The main foods consumed include fruits, vegetables, nuts, seeds and legumes – preferably organic.

This diet is based on the belief that raw food is better for you than cooked food and higher in nutrients, phytochemicals and enzymes.

Raw foodists generally agree that foods should not be heated to over around 40 degrees centigrade. 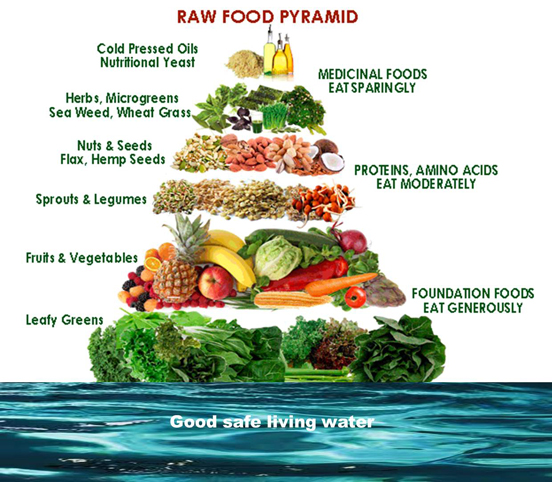 A big positive of eating a predominantly raw diet is that you will inevitably consume more fruits and vegetables and less processed foods than you would following a standard Western diet. It is no secret that a high intake of these foods is linked with good health and lowers the risk of many cancers.

However, some of the nutrients found in fruits and vegetables are less bioavailable in their raw forms than when cooked. Plant based foods are also lower in a range of essential nutrients found more in animal products – zinc, iron, Vitamin B12 and omega 3 EPA and DHA essential fatty acids for example. Therefore, long term supplementation of these nutrients may be required.

Eating high amounts of fruits also means you are consuming a lot of sugar. Although it is natural sugar it can still cause difficulties with blood sugar regulation and increases the acidity of the body if not adequately balanced by alkalising foods. Find out more on this here.

Certain studies have shown that long term raw vegan and vegetarian diets can lead to reduced bone density, increased risk of dental erosion and cause problems with female reproductive function due to a lack of body fat and low hormone levels.

Furthermore, contrary to the claims of Raw Foods proponents, cooking actually helps to break down certain pant fibres to improve our ability to digest them and can increase the antioxidant levels in some foods such as lycopene found in tomatoes.

Since Raw Foodies can struggle to get an adequate amount of certain nutrients ‘Superfood’ supplements provide a good nutritional back-up.

Organic Spirulina or Super Green formulas such as Synergy Premium Super Greens containing spirulina and chlorella with a mixture of wheat and barley grass are high in plant-based nutrients and provide a small amount of vitamin B12.

While these foods are rich in antioxidants and have high nutritional value, it may still not be enough to avoid nutrient deficiencies so nutrient level testing is still advised once or twice yearly if you are following a predominantly raw diet.

In addition to the nutritional value of a food, the energetic quality of a food can influence how well it is digested and will affect the body.

In Traditional Chinese Medicine (TCM), raw foods are considered to have ‘Yin’ properties in comparison to cooked foods and have cooling and dampening effects on the body. These foods may also promote congestion if eaten in large quantities.

Since raw foods are believed to require more digestive energy to process they are less suited to certain types of people such as those with weak digestive function, who are are cold sensitive, have poor circulation or are tired and congested.

Rather, these types of people are more likely to thrive when eating more slow cooked, easily digestible and warming meals.

Energetically, raw foods may therefore be more suited to people with TCM symptoms of excess heat such as skin rashes, irritability and high blood pressure.

Eating raw foods does have certain health benefits but it’s not for everyone.

It is up to you to assess how your body responds to different foods and ultimately decide what the best style of eating is for you.

Generally speaking, these best way to get a full complement of essential vitamins, minerals and macronutrients (fats, protein and carbohydrates) is to eat a varied diet with a balance of raw and cooked foods.

We don’t recommend following a fully raw diet as it is near to impossible to avoid nutritional deficiencies and can lead to future health problems such as anaemia without the correct supplementation.

Eating some veggie sticks as a snack, a green smoothie for breakfast or a colourful salad with some protein for lunch or dinner is a great way to get more raw foods in your diet while maintaining a balanced nutrient intake.

Raw Juices Can Save Your Life: An A-Z Guide to Juicing