Boost Your Memory with Blueberries and Reverse Mental Decline 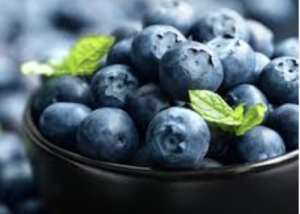 A new study with lab rats has suggested that supplementing with blueberries for one, two or four months may slow and even reverse the declining mental function associated with age.

Cognitive performance declines normally with age, however new results published in the journal Nutrition indicate that for elderly rats, one month’s supplementation with blueberries was associated with an improvement in the memory scores, as measured in a maze.

Additionally, data showed that the effects lasted for some time even after the diet was stopped.

Two months of consuming the blueberry-enriched diet was associated with a prolongation of the benefits after stopping the diet, and the performance of the ageing rats was similar to that of younger rats.

The rat grandparents were still able to keep up with their go-getter rat grandkids!

“This illustrates a surprisingly prompt and powerful effect of an antioxidant dietary intervention,” they added.

“The present study is encouraging in terms of potential human application,” wrote Dr. Malin and co-workers. This study also supports an earlier human trial where 12 weeks of consuming a daily drink of about 500ml of blueberry juice was associated with improved learning and word list recall in older adults with an increased risk for dementia and Alzheimer’s.

Similarly, this new study showed the rats on the blueberry diet increased their memory scores, while the control animals displayed a decline in memory scores.

The researchers noted several aspects of their results that may be beneficial for practical application:

“First, the present results suggest that even a relatively brief blueberry diet might produce measurable benefits. Second, the benefits of several months of diet might be maintained for a considerable period after the diet is interrupted. Third, blueberry supplementation might possibly reverse some degree of memory impairment that has already developed.”

“This raises the possibility that this sort of nutritional intervention might still be beneficial even after certain memory deficiencies have become evident,” they added.

Blueberry consumption has previously been linked to reduced risk of Alzheimer’s, and the many beneficial effects of blueberries are thought to be associated with their flavonoid content, in particular anthocyanins and flavanols.

The exact way in which flavonoids affect the brain is unknown, but they have previously been shown to cross the blood brain barrier after dietary intake.

It is generally thought that they may exert their effects on learning and memory by enhancing existing connections between nerves, improving cellular communications and stimulating neuronal regeneration.

So are you ready to get smarter and stay younger? If you are then it’s time to slip more blueberries into your diet: an easy way to start is to smarten your smoothies. Whirl frozen blueberries in a blender or use a product like PharmaFoods AnthoBerry ORAC 6000 150 g powder or Antioxidant Superfoods and Greens to give your smoothie that antioxidant boost.

See Emed’s Super Smoothies for different recipes. Smoothies and shakes can be a great way to get the extra protein, vitamins and minerals you need everyday.

If smoothies aren’t your thing or you want a more convenient way of getting a high amount of quality antioxidant blueberry goodness then try Bioceuticals AntiOx Excel 60 capsules.

And remember, the study showed that for the best results you will need to increase your blueberry intake for at least 2 months if you want a lasting neural improvement.