One in ten people will develop an ulcer during his or her lifetime. These painful and occasionally life-threatening erosions in the lining of the stomach or intestine can often be quickly and effectively treated with both conventional drug and a number of useful natural remedies.

An ulcer is a crater-like erosion in the protective lining of the stomach or duodenum, a part of the small intestine. Normally, glands in the stomach secrete substances that promote digestion, including acids and the enzyme pepsin. At the same time, the stomach and duodenum secrete mucus, which promotes the stomach lining from damage by these digestive juices. An ulcer forms when this balance breaks down, causing the juices to begin literally digesting the stomach or the intestinal lining.

Until recently, conventional wisdom held that a stressful lifestyle and a diet rich in fats and spicy foods lead to an ulcer. Now, researchers have discovered that most ulcers are caused by a bacterium called Heliobacter pylori. Once the digestive tract is infected, the protective mucus membrane is weakened, and even small amounts of digestive juices can eat into the intestinal wall. Secondary influences, such as stress, diet, alcohol, caffeine and smoking, can aggravate ulceration. Other factors contributing to ulcers include heredity – ulcers often run in families – and long-term use of aspirin, ibuprofen, or other non-steroidal anti-inflammatory drugs (NSAIDs).

Vitamin A helps to protect the lining of the stomach and small intestine, allowing ulcers to heal. Vitamin C may directly inhibit the growth of the H.pylori bacterium. Substances that foster healing include zinc (take it with copper because zinc nhibitsthe copper absorption) and licorice extract should be used to three months to maximise healing (but with long-term use, be sure to eat lots of vegetables and fruits that contain potassium). Glutamine, an amino acid promotes healing by nourishing the cells that line the digestive tract. Gamma-oryzanol, an extract of rice brain oil, also seems to be beneficial.

Other research has shown that juice from the aloe vera plant may reduce stomach acid recretions and relieve ulcer symptoms in some people. This popular herb also contains astringent compounds that may help prevent interal bleeding. And it may be worthwhile to try herbal teas made from marshmallow, slippery elm, meadowsweet or calendule; these botanicals all work to soothe irritated mucous linings.

Cabbage juice is a traditional folk remedy for people with ulcers. If's a good tip – cabbage is rich in the healing amino acid glutamine. 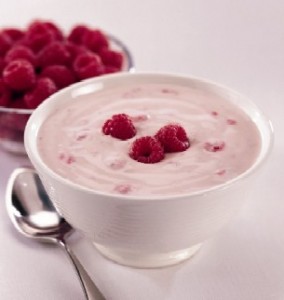 The stomach bug Helicobacter pylori is the cause of most stomach ulcers, so doctors often try to eradicate it with antibiotic therapy.

When this doesn't work, as is the case 10 to 23 per cent of the time, a yoghurt may help, according to a study conducted in Taiwan.

Specifically, eating yoghurt containing the beneficial bacteria Lactobacillus and Bifidobacterium (AB-yogurt) before trying a second round of combo antibiotic therapy can improve its efficacy in eradicating residual H. pylori, the researchers found.

Nurofen, Stomach Ulcers and Bleeding from the Bowel

Nurofen Plus, which contains 200 milligrams of ibuprofen and 12.8 milligrams of codeine, is thought to be used by about half of all adult Australians.

It is the strongest over-the-counter painkiller on the market andhas been blamed for a spate of hospital admissions where codeineaddicts have taken up to 24 tablets a day, not realising themedication’s other active ingredients, ibuprofen, a non-steroidalanti-inflammatory, can cause ulcers in the stomach and duodenum.