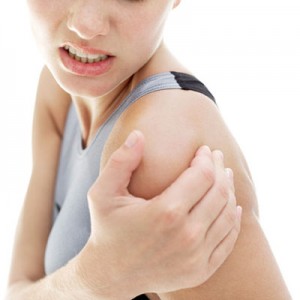 Fibromyalgia is a complex neurophysiological syndrome.

It encompasses a vast range of symptoms, including extreme fatigue, pain, sleep disturbances and cognitive impairment, many of which overlap and may be confused with other conditions such as rheumatic diseases, multiple sclerosis (MS), depression and hypochondriasis.

Despite the wide breadth of the research on fibromyalgia, it is yet to establish specific biomarkers and a clear aetiology and pathophysiology.

It is currently believed that fibromyalgia could be triggered by trauma of any kind (physical and/ or emotional), disrupting the stress response of the hypothalamic-pituitary-adrenal (HPA) axis.

A disturbance in neurotransmission increases the neuropeptide substance P, resulting in intensified systemic nociception. The pain that fibromyalgia patients feel is not linked to actual tissue damage or inflammation, and is often described as a dull ache that waxes and wanes.

Despite this, the pain, fatigue and emotional distress can be debilitating.

It has also been speculated that the causes of fibromyalgia are linked to lifestyle and diet, implicating gluten intolerance, candida overgrowth, small intestinal bacterial overgrowth (SIBO), toxicity and methylene tetrahydrofolate reductase (MTHFR) mutations, as well as adrenal fatigue and thyroid dysfunction.

There are currently no pharmaceuticals that specifically treat fibromyalgia. The medical model applies symptomatic relief to help manage neurotransmission, reducing the overactive nerve cells, and reduce pain with use of pharmacological antidepressants, anticonvulsants and analgesics.

However, fibromyalgia patients have been found to respond well to nutritional medicine by addressing the biochemical and resultant psychological aspects of the condition. 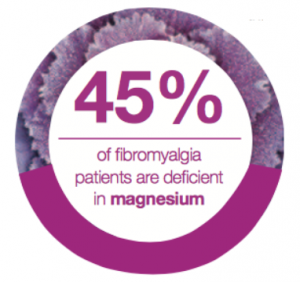 Due to its multitude of functions, including cellular structure and function, ATP production, neuromuscular transmission, and muscle contraction and relaxation, magnesium deficiency has far reaching consequences and has been significantly implicated in fibromyalgia pathogenesis.

A number of studies have found that low serum magnesium levels correlated with incidences of fibromyalgia, with at least 45% of patients being deficient.

It reduced pain, improved sleep quality and mood via its overall relaxing effect, whilst increasing energy via its fundamental role in ATP synthesis.

SAMe is an endogenous molecule synthesised by methionine and ATP in the cytosol of cells.

It has become increasingly well known for its role in methylation and as a precursor to glutathione, along with many other essential functions. + SAMe’s most significant claim to fame is as an antidepressant, a claim made on the basis of clinically significant evidence since 1973.

SAMe has been proposed to have this effect by stimulating phospholipid methylation of cellular membranes, thereby increasing fluidity.

In addition, SAMe plays an important role in neurotransmitter synthesis, namely serotonin, dopamine and noradrenaline, as well as assisting their binding to receptor sites to maximise their effect.

Several trials have utilised SAMe for fibromyalgia with positive results, including improvements in pain perception, fatigue and mood.

CoQ10 is a fat-soluble antioxidant vitamin that plays a fundamental role in ATP synthesis.

As an antioxidant, it has important cell protection properties, including the ability to reduce lipid peroxidation and DNA damage caused by oxidative stress and free radicals, whilst preserving other antioxidants.

Studies have shown that individuals with fibromyalgia have lower levels of CoQ10 and display reduced endogenous antioxidant production.

Supplementation has been found to increase energy and reduce pain. 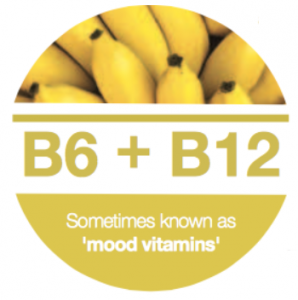 Vitamin B6 is yet another nutrient that has countless functions in the body and has been shown to play an important role in reducing the symptoms associated with fibromyalgia.

Sometimes known as the ‘mood vitamin’ along with B12, B6 is involved in the synthesis of neurotransmitters and therefore plays a role in cognition and mood.

Because of its multiple coenzyme roles, B6 assists in the metabolism of amino acids, glucose, carbohydrates and lipids, and assists in the formation of haemoglobin and the myelin sheath.

Due to these key functions, B6 is able to target many symptoms of fibromyalgia.

Nutritional medicine, along with lifestyle changes and emotional support, play a significant role in the treatment and management of fibromyalgia.

By maintaining a holistic approach with goals that include promoting quality of life, Emed practitioners are able to empower our patients with tools and knowledge regarding how to best manage complex conditions such as fibromyalgia.