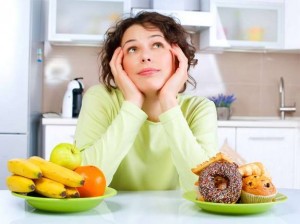 Carbohydrates provide the main source of energy, used to fuel every part of the body from the brain to our beating hearts (a bit like petrol in a car).

All carbohydrates have the ability to raise glucose levels in the blood but the slower a carbohydrate is digested, the slower it releases energy into the bloodstream and the lower its Glycemic Index (GI) score.

The GI ranks carbohydrate foods based on the rate at which they are broken down into glucose. Your body performs best when your blood sugar is kept relatively constant.

Too much glucose in the bloodstream triggers the pancreas to release a hormone called insulin to bring blood sugar levels back into the normal range, but primarily by converting the excess sugar to stored fat.

Consuming foods with a high-GI leads to high levels of circulating insulin levels, which we want to avoid.

The GI of food is a measure of how much a carbohydrate will raise blood sugar levels after it is eaten on a scale of 0 to 100, with higher values (70 and above) given to foods that cause the most rapid rise in blood sugar.

Glucose, one of the most rapidly absorbed carbohydrates, has been given a score of 100. Other high GI foods include: white bread, potatoes, white rice, corn flakes, and cakes. They are absorbed in quickly by the body, which results in sharp rises in bloods sugar levels and ultimately cause sugar cravings and low energy.

High GI foods are going to cause a spike in your blood glucose levels followed by a “crash” an hour or so later.

It is this spike and trough effect happening over and over every time you eat throughout a day that results in you feeling tired and unable to focus by the end of the day.

Carbs that break down slowly, releasing glucose gradually into the bloodstream, have low GI of less than 55.

As a result, insulin levels also rise less, and this is part of a cascade of differences that favor low GI meal plans from a health perspective.

However, we can not solely rely on the GI of a food to determine whether it is a healthy choice or not. If you only eat foods with a low GI, your diet may be unbalanced and high in fat.

For example ice-cream, has a low GI, but is also full of nasties and ‘bad’ fats. “Nutella”, marketed as a healthy breakfast for children,  has a low GI simply because of its high fat content, not because it is low in sugar.

What we eat and when we eat it is important to keep our blood sugar levels within healthy limits. 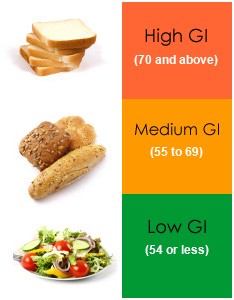 Your body’s glycemic response is dependent on both the type  and the amount of carbohydrate consumed. The concept of GI combined with total intake is referred to something called – Glycemic Load (GL).

We also need to consider the glycemic load of particular foods or of total meal. The glycemic load is determined, not only by the GI of a food but also by the portion size.

You may choose to eat a low GI food, however if you eat a large quantity of it will create a high glycemic load.

Going low GI is easy! It’s all about healthy choices. 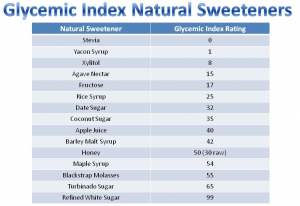 Benefits of a low GI diet:

Along with a low GI diet there are many natural supplements that can help manage your blood sugar levels including: chromium, magnesium and zinc.

If you would like to improve your blood sugar control and long term health, book in for an Free Initial Consultation and talk to one of  our Naturopaths today.