Telomerase Me for a Longer Life 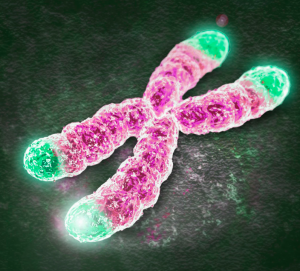 It is known that the vast majority of premature deaths in the western world could be prevented.

The diseases that kill us (high blood pressure, heart attacks, cancer) are not pre-programmed into our genes. For most of the leading causes of death, our genes usually account for only 10–20% of risk.

The other 80-90% of risk relates to our diet and lifestyle. The typical Western diet is the number one cause of premature death and the number-one cause of disability. Another way of framing this statistic is that a long and healthy life is largely a matter of choice.

An analysis of the diet and lifestyle of 35,000 adults who scored their diets from 0-5 to see if they met a bare minimum of healthy-eating targets — which included fruit, vegetables and whole grains, found that only 1% achieved a 4 or 5 in dietary requirements.

But adhering to just four simple healthy lifestyle factors can have a strong impact on the prevention of chronic diseases:

These four factors alone were found to account for more than three quarters of the risk of developing a chronic disease.

Indeed, one study has shown that the drop in mortality risk among those with healthier habits is equivalent to being 14 years younger!

The Process of Ageing

In each of our cells, we have 46 strands of DNA coiled into chromosomes.

At the tip of each chromosome, there’s a tiny cap called a telomere, which keeps DNA from unravelling and fraying.  Every time the cells divide, a bit of that cap is lost. And when the telomere is completely gone, cells can die.

Researchers discovered an important enzyme found in an ancient tree — a bristlecone pine that grows in the White Mountains of California and is nearly 4,800 years old. This enzyme in the pines’ roots appears to peak a few thousand years into the trees life span, and it actually rebuilds telomeres of the trees cells. Scientists named it telomerase.

Once they knew what to look for, the pioneering Australian-American researcher Dr Elizabeth Blackburn and her team discovered telomerase in human cells as well. She was awarded the 2009 Nobel Prize in Medicine for this discovery.

Telomerase is important in that it repairs the telomeres of the chromosomes so that they do not become progressively shorter during successive rounds of chromosome replication.

What Can be Done to Reduce Telomere Loss?

Firstly smoking cigarettes is known to triple the rate of telomere loss, so if you’re a smoker – stop!

The food you eat every day also impacts on how fast telomeres are lost. Consuming fruits, vegetables and other antioxidant-rich foods has been associated with longer, protective telomeres. In contrast, consuming refined grains, fizzy drinks, meat (and fish) and dairy has been linked to shortened telomeres.

Dr Dean Ornish and Dr Elizabeth Blackburn found that just three months on a whole-food, plant-based diet, coupled with exercise, could significantly boost telomerase activity — the only intervention that had been shown to do so.

Five years later, these same study participants had telomeres that were even longer on average than when they started — suggesting not only that a healthy lifestyle with a focus on the foods active ingredients can boost telomerase enzyme activity, but that it can reverse cellular ageing.

The study looked also at quantities of food. If people were eating a typical Western diet, it didn’t appear to matter how small the portions were, how much weight they lost, or how hard they exercised; after a year, they saw no benefit in terms of their telomeres.

However individuals on the plant-based diet exercised only half as much, had the same amount of weight loss after three months, and achieved significant telomere protection.

This indicates that it wasn’t weight loss or the exercise that reversed cell ageing — it was the food being consumed. This being a whole-food, plant-based diet, that encourages the consumption of unrefined plant foods and discourages meats, dairy products, eggs and processed foods.

Foods you should eat every day according to Dr Michael Greger*

Every day, you should aim to have the recommended number of servings from each section of what is called the Daily Dozen:

7. Flaxseeds: one tablespoon a day.

8. Nuts: a quarter of a cup a day, or two tablespoons of peanut, almond or other nut butter.

9. Spices — every day you should have a quarter teaspoon of turmeric in addition to any other spices you enjoy.

11. Exercise — ideally 90 minutes a day of moderate activity such as walking.