Are Antibiotics linked to Peanut Allergies? 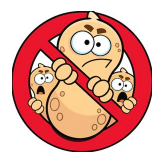 An animal (young mice) study released in August 2014 (published in the Proceedings of the National Academy of Sciences) indicated that young children over- exposed to antibiotics are at greater risk of developing food allergies such as peanut allergies later in life.

What they discovered was that when these mice were exposed to known allergens like peanuts, this group were more likely to develop a peanut sensitivity than the control group.

1. They were able to identify a naturally occurring bacteria in the human gut that prevents people from developing food allergies.

However this beneficial gut bacteria diminished with frequent antibiotic use at a young age — making children more susceptible to food allergies later in life.

2. By dosing with Clostridia – a bacteria that occurs naturally in the guts of mammals,  the peanut sensitivity in the young mice disappeared.

Anaphylaxis Due to Food Allergy is on the Rise

In 2014 food allergy occurs in around 1 in 20 children and in about 2 in 100 adults in Australia. Until the 1990s food allergies were quite rare and there’s no definitive explanation for why they’ve now become so common. Around 71,000 boys aged from 2 to 18 have an allergy or intolerance to peanuts, compared to only 39,000 girls. Among the theories for the steep increase in food allergies is the “hygiene hypothesis”.

This theory contends that we’ve become too clean and our gut doesn’t have the normal bacteria. This ties in with overexposure to antibiotics as a young child.  Additionally it is known that the increase in childhood food allergies  has something to do with modern lifestyle.  The rises have occurred very quickly in the last 10 to 20 years and our genes don’t change that quickly.

The Murdoch Childrens Research Institute state that up to one in ten one year olds have a clinically confirmed food allergy. Of particular concern – hospital admissions for anaphylaxis in children under 18 years old in Australia increased up to 350% in the period 1994-2004.

This research indicates that not only are we are overly dependant on antibiotics but that this over prescription is a key factor in developing food allergies in young children that can continue to have ramifications throughout their lifetime. To combat this anti-biotic damage it appears as though dosing with probiotics is a potential direction in reducing the impact of these antibiotic induced food allergies.

Reducing the Impact of Antibiotic Damage

If you are concerned about your health after exposure to antibiotics, talk to one of our Emed Practitioners today.