Believe It – Man Flu is Real! 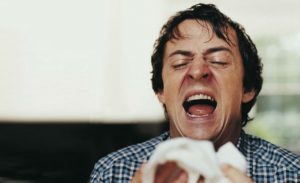 Men’s ability to turn a sniffle into flu and a headache into a migraine has long been a source of irritation to wives and girlfriends.

But man flu may not be a myth after all thanks to research showing that men really are the weaker sex.

In an evolutionary twist, it appears that there is a trade-off between high testosterone levels and being able to produce a robust immune response.

Researchers found that women have a more powerful immune system than men thanks to their hormones.

The study showed that the female sex hormone oestrogen boosts the immune system’s first line of attack against bacteria and other invaders.

The research focused on an enzyme called caspase-12.

Caspases are a kind of enzyme called proteases which are responsible for the breakdown of other proteins. They are activated during inflammation, like when our bodies are fighting off illnesses.

It raises susceptibility to infection by blocking the inflammation the body uses to fight bacteria and other unwanted bugs.

Oestrogen naturally produced in women seems to block the production of Caspase-12, which itself blocks the inflammatory process.

The presence of oestrogen would therefore have a beneficial effect on innate immunity, which represents the body’s first line of defence against pathogenic organisms

In another study Australian researchers found that female volunteers had a “much stronger immune response” to rhinoviruses — the bugs that usually cause the common cold — than men.

The protection vanished after the menopause, suggesting it was regulated by female sex hormones.

This would help explain why men are much more likely to fall ill when they get infected.

Its All About Evolution

It is thought the phenomenon has its roots deep in evolution, with healthy female bodies being key to reproduction.

It makes sense from a biological point of view because women are more likely to ensure the survival of the species.

Scientists believe it is the male predilection for a “live fast, die young” lifestyle that means in evolutionary terms they have failed to build up their immune systems like females.

They think that nature devised this strategy to protect the reproductive role of the female body, to keep the human race going. It just dropped the mechanism from the male sex.

In particular, testosterone has been shown to interfere with the immune response, meaning that men with high testosterone levels are potentially at greater risk of infection.

In theory, this should help females select the best men — only the strongest and healthiest would be able to afford the risk of producing lots of testosterone.

The findings should come as some comfort to those men who feel falsely accused of having a bout of “man ‘flu” when they are, in fact, suffering for real.

On the other hand new research has found half of men upgrade their ailments to gain maximum sympathy.

They will also moan more than women when suffering a bug or virus, British researchers found.

This is despite the fact they catch fewer colds and flu each year – five compared with women’s average of seven.

The study of 3000 people did find that women are more likely to mention minor ailments every day.

Karl Elliott, of Engage Mutual Assurance, which commissioned the research, said: “Men have had bad press concerning their tendencies towards “man flu”, but our findings support the belief that men do moan more and are more likely to exaggerate their symptoms.”

“They may have fewer bouts of genuine sickness a year, but when ill, their attention-seeking behaviour makes sure their partner knows about it.”

According to the women surveyed, almost half of men exaggerate their symptoms, while just 40 per cent of men said the same of their partners. Women reported that 66 per cent of men were constantly moaning.

Well this does not come as a surprise. I’m sure we all know of a loved one, brother or friend stuck down at deaths door with the common cold or flu.

This opens the flood gates, will the next immune boosting drug we oestrogen based? Will doctors be prescribing the Oral Contraceptive pill for men with low immune systems? It’s a scary thought isn’t it! 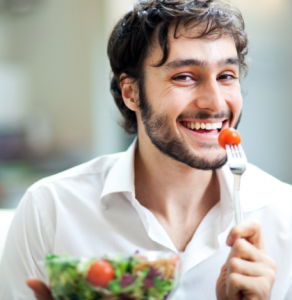 Building it Back Up!

Genetics may be against you fellas but that doesn’t mean you cant take control of your immune system.

The key nutrients needed for a strong immune system are:

Vitamin C increases the production of infection-fighting white blood cells and antibodies and increases levels of interferon, the antibody that coats cell surfaces, preventing the entry of viruses.

Ultra Potent-C has been specially designed for those who may be sensitive to digesting Vitamin C in more acidic forms and is ideal for protecting the stomach from excess acid while still offering optimum Vitamin C absorption.

Zinc is a mineral that increases the production of our white blood cells and T-Cells that help to fight infections and cancer. Zinc is also great for increasing a blokes sperm count and mobility.

Click Here to find out your Zinc Levels. Herbs of Gold Ultra Zinc provides a high dose zinc capsule for prevention and treatment of flu symptoms.

Getting enough of the sunshine vitamin is vital throughout the winter months. Vitamin D is essential the activity of natural killer cells.

Active vitamin D hormone also increases the production of cathelicidin, an antimicrobial peptide that is produced in macrophages triggered by bacteria, viruses, and fungi.

Vitamin D is found in small amounts in food including oily fish (trout, tuna, salmon) and egg yolks. Its best to get it from the sunshine or supplementation.

Click Here to find out your Vitamin D levels. 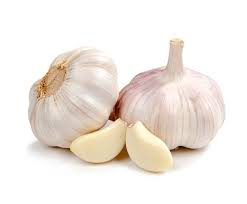 This flavorful member of the onion family is a powerful immune booster that stimulates the multiplication of infection-fighting white cells, boosts natural killer cell activity, and increases the efficiency of antibody production.

The immune-boosting properties of garlic seem to be due to its sulfur-containing compounds, such as allicin and sulfides. Garlic can also act as an antioxidant that reduces the build-up of free radicals in the bloodstream.

Your body is filled with billions of different types of bacteria that help you to do everything from fight off infections to maintain healthy internal organs.

Bacteria may have a negative connotation, but the truth is that you can actually stay healthy by putting the right types of bacteria into your body.

These strains assist in maintaining healhy immunity by modulating the body’s natural immune system and enhancing the cellular immune response.