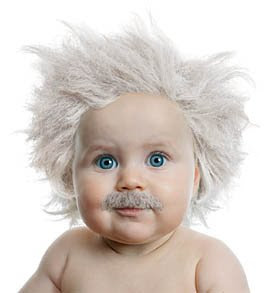 Women who take fish oil during pregnancy may give birth to children with improved hand-eye coordination, language skills and behaviour, an Australian study has suggested.

The positive effects of omega-3’s for cognitive development and learning difficulties has been well documented, and this research adds to the expanding list of benefits fish oil has for practically everyone.

Researchers from the University of Western Australia and the Telethon Institute for Child Health Research in Perth recruited 98 pregnant women from private obstetricians.

The study initially looked at the effect of omega-3 polyunsaturated fatty acid, or omega-3 PUFA, which is contained in fish oil supplements – on immune function, disease susceptibility, foetal growth and development.

To assess the effects of omega-3 PUFA, the pregnant women received either high doses of fish oil or olive oil from 20 weeks gestation until delivery.

At two and a half years of age, 72 children born from the study group – 33 in the fish oil group and 39 in the control group were then assessed by a clinical psychologist for growth, development, receptive language and behaviour, according to Janet Dunstan of the School of Paediatrics and Child Health at the University of WA.

Dr. Dunstan said the children in the fish oil group attained higher scores in all measures of development, behaviour and language, and had a significantly higher score for hand-eye coordination, compared with children from the olive oil control group.

“Improved hand-eye coordination can help in terms of developing fine motor skills that may enhance learning, for example being able to hold and use a pen or pencil, and increase self-esteem,” Dr. Dunstan said.

“I think it’s well accepted that fish oil is an important part of everyone’s diet and we know that during pregnancy the baby needs extra amounts of DHA (docosahexaenoic acid), which is present in omega-3 fish oil.”

Long-chain omega-3 DHA is a building block for the brain’s tissue. 50% of the brain’s DHA is formed during the fetal stage; the remaining 50% accumulates in the first year or so after birth. Animal studies have shown that reduced DHA levels can lead to dramatic changes in the brain’s structure and function, including the basic senses of taste, sight and hearing as well as memory and learning.

We can’t say it enough – omega-3 fatty acids are crucial for the health of yourself, your family and your baby.

During pregnancy, DHA is passed from mother to infant. Breast milk contains some DHA, but the levels vary depending on the mother’s diet. If you are DHA deficient, then there’s a high chance your baby is too. There is rapid growth of the infant’s brain in the first 2 years of life, so a ready supply of DHA is important.

Omega-3 fatty acids are important for a range of roles in the body, including:

Supplementation with fish oil has also proven an effective and safer alternative to Ritalin and other stimulant drugs. Click here for more information.

Not only does fish oil help to reduce inflammation, protect against heart disease, stroke and cardiovascular disease and improve cognitive function, it also reduces bad cholesterol levels and improves the body’s use of body fat.

Omega-3 fatty acids also play a key role in a range of vital body processes, from regulating blood pressure and blood clotting to reducing inflammation and boosting the immune system. Realistically, we should all be taking some sort of omega-3 supplement.

There are many fish oil supplements on the market, but as we highlighted in our ‘When Oils Ain’t Oils‘ article – not all of them are the same. Though the value packs from the chemist may seem like great buys, they generally contain low levels of EPA and DHA, and high levels of contaminants.

Investing in a good quality fish oil, like those found on Emed’s Best Fish Oils will ensure that you get contaminant-free, pure fish oil and is both effective and reflux-free. Click here for more information.

Before you go diving into the deep end though, you should determine exactly what amounts of omega-3 fatty acids your body needs.

The Emed Essential Fatty Acid Test is a revolutionary test that will identify your exact EFA levels. We will create a personalised supplementation schedule, and steer you in the right direction to improve your health.

Combine this test with an eConsult. The Emed Consultation is a detailed, individual consultation that will empower you by identifying which areas of your health need addressing.