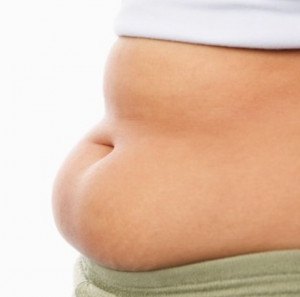 Regardless of whether you have a larger or smaller frame, there is one stubborn area of the body that causes persistent accumulation of fat- the belly.

The belly bulge can be a confidence breaker on an otherwise lean looking body and to make matters worse it is dangerous.

As our waistlines grow, so do our health risks.

It is the deepest layer of belly fat – the one you can’t see or grab – that is dangerous and could be a hidden killer.

The fat that lies deep in the abdominal cavity, surrounding the vital organs is called visceral fat.

We all have visceral fat and it isn’t all bad. It provides necessary cushioning around organs.

The problem is when there’s too much of it.

Why Visceral Fat Is So Bad

It’s more accurate to think of fat as an endocrine organ or gland, producing hormones and other substances that can profoundly affect our health.

One such hormone is leptin, which is normally released after a meal and dampens appetite.

Fat cells also produce the hormone adiponectin, which is thought to influence the response of cells to insulin. 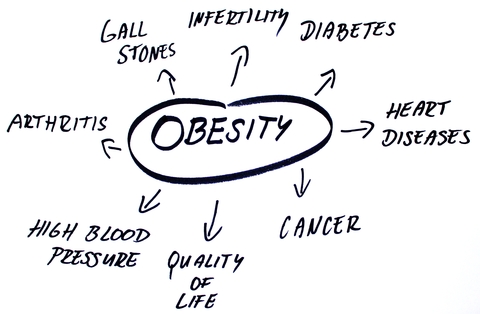 One reason excess visceral fat is so harmful is probably its location near the portal vein, which carries blood from the intestinal area to the liver.

Substances released by visceral fat, including free fatty acids, enter the portal vein and travel to the liver, where they can influence the production of blood lipids.

A different type of fat — subcutaneous fat — the pinchable stuff, which builds up under the skin, has less of a negative impact on health and is easier to lose than visceral fat.

How To Measure Visceral Fat

The simplest way to check for abdominal fat is to measure your waist.

For your best health, you want your waist size to be:

You could get a CT scan or MRI if you want the most precise way to see where your fat is stored.

A study in the American Journal of Clinical Nutrition found that in women, a large waist was correlated with diabetes risk — even when BMI was in the normal range (18.5–24.9).

For women, the risk for heart disease and stroke begins to rise at a ratio of about 0.8.

What Causes Accumulation of Belly Fat

So What Can We Do About Jelly Bellies?

There isn’t a safe and effective fat loss wonder drug, you need to take a holistic approach, when it comes to losing the abdominal fat.

In other words, there are no fat loss shortcuts.

And even if you try to take a shortcut by undergoing liposuction, for example, you’re still going to end up storing body fat somewhere else and it will probably look even worse than when it was on your abdomen or hips.

A study published in the New England Journal of Medicine in 2004 found that liposuction (removal of subcutaneous fat ) in 15 obese women had no effect after three months on their measures of blood pressure, blood sugar, cholesterol, or response to insulin.

Weight loss through diet and exercise, on the other hand, triggers many changes that have positive health effects.

Your body will start converting fat into useable energy, and by doing so, fat stores will begin to vanish across your body.

But remember, drastically cutting calories is not a good diet strategy, because it can force the body into starvation mode, slowing metabolism and paradoxically causing it to store fat more efficiently later on!

Keep a food diary. Look up an online calorie calculator, and figure out roughly how many calories you’re consuming in a day. From there, see what you can afford to cut.

Get Rid of the Wheat and Gluten

Today’s wheat has been transformed into a nutritionally weakened hybrid that contains 10 times more gluten than the wheat of a half-century ago.

30 minutes – 1h a day of good cardio workout is sufficient. Walking to and from work 20-30 minutes each way or cycling is an excellent way to get trim and healthy fast.

By engaging in strength training, you will end up burning fat for hours after your exercise session.

Increasing muscle will increase your metabolism and fat burning will be far more efficient. Abdominal training such as doing sit-ups, will help tone and flatten the stomach, but it won’t get at visceral fat.

If you cycle, walk or jog moderately BEFORE breakfast, you are calling upon stored fat for energy.

Melrose Omega Fibre is beneficial for weight control and improving digestion. Eat a diet high in a variety of fruits and vegetables, packed with antioxidants. 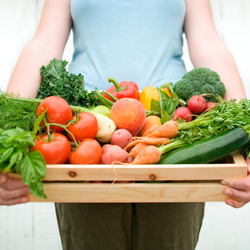 Jump Start Your Metabolism With Breakfast

Eating breakfast within an hour of waking up keeps your insulin levels steadier.

Studies suggest that consistently drinking water throughout the day can lead to a more active metabolism, regardless of dieting.

Know how to tell when you’re sufficiently hydrated.

Coconut oil primarily consists of medium-chain fatty acids,  which can speed up the metabolism as they are easily digested and converted into energy.

A study published in the Journal of Lipids found that women given coconut oil showed a greater decrease in the size of their waistlines.

Grapefruit – Have a grapefruit with breakfast.

A 2004 study at the Scripps Health Clinic, found that people who ate grapefruit lost an average of 3.6 pounds over the course of the study. Grapefruits are high in vitamin C, fiber and may help stabilize insulin levels.

Chillies – Chillies could boost your body’s ability to burn fat and curb your appetite.

Apple Cider Vinegar – Apple Cider Vinegar helps weight loss, improves digestion and flushes out toxins from the body which increase weight. This suppresses hunger and controls the intake of food. You can have this fat burner drink twice daily before meal to burn belly fat!

“Abdominal fat and what to do about it” 2006, Harvard Health Publications, http://www.health.harvard.edu/newsweek/Abdominal-fat-and-what-to-do-about-it.htm