Why You May Be Wheat Intolerant and Not Even Know It 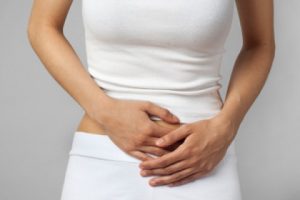 Do you suffer from headaches and migraines? Feel dizzy or constantly tired, especially after meals?

Are you constantly battling with hay fever, sinusitis or eczema? Feel like you are riding an emotional roller coaster?

Are you gaining weight, have high blood pressure and elevated cholesterol levels? Or do you get joint pain, muscle soreness and pins and needles?

If you answered yes to any of these questions, you could be suffering from an undiagnosed wheat intolerance!

Although wheat sensitivity is usually associated with digestive symptoms such as bloating, diarrhoea, constipation, cramping, reflux or symptoms of Irritable Bowel Syndrome, research is starting to show that the health effects of wheat may reach far further than just the gastrointestinal system.

This is one of the most interesting points Davis raises throughout his book, Wheat Belly.

Based on a wide range of research and clinical experience, Davis contends that Celiac disease, a well known immune-mediated wheat protein (gluten) intolerance, is only a small part of a wider, and so far unrecognised group of wheat sensitivity disorders.

So, how can such a seemingly innocent grain cause the destruction of health in so many people?

As Davis discusses in Part 1 of Wheat Belly, hybridisation of wheat has led to many genetic variances in the grain and little is known about the health effects of specific wheat protein structures.

Although gluten is the best known component of wheat linked to allergy or intolerance, a wide range of other polypeptides (proteins) including gliadin, glutenin, prodynorphin, wheat germ agglutinin, and gluteomorphin may also trigger wheat sensitivity reactions.

How Wheat Can Mess With Your Mind

Apart from messing with your metabolism and causing fat and weight gain, wheat can influence your emotions, cravings, behaviour and even brain structure and function!

While we usually associate substances like caffeine and nicotine with addiction, wheat has similarly addictive properties due to components of the grain that have morphine-like effects on the brain. These are known as exorphins and are believed to come from the gluten protein in wheat.

Some of the effects of these exorphins include increasing appetite and cravings for both wheat and non-wheat containing foods, thereby contributing to weight gain and increased risk of metabolic disease.

This opioid effect on the brain also explains why many people experience a “withdrawal syndrome” when cutting out wheat which may include fatigue, brain fogginess and irritability.

Behavioural and neurological conditions associated with wheat, or more specifically gluten, include autism, ADHD and schizophrenia. Although further research is required into the causative role wheat may play in these conditions, most research shows improvements in these conditions following the removal of wheat from the diet.

The Cardio-Metabolic Consequences of Wheat

One way in which wheat contributes to heart disease and diabetes is, of course, through it’s influence on weight gain and abdominal fat deposition.

As we covered in the previous article of the Wheat Belly series, wheat, particularly in the form of bread, has an incredibly high Glycaemic Index (GI).

This means that wheat intake contributes to excessively high blood sugar levels, which triggers the release of insulin from the pancreas. Over time, if blood sugar levels remain high, fat and inflammation build up, blood lipids rise and insulin output and cellular sensitivity to insulin drops.

At this point, the body can no longer process sugars effectively, and diabetes develops along with numerous other health complications.

High intake of carbohydrates has further been shown to encourage the production of triglycerides (fats) in the body, in the form of damaging LDL and VLDL cholesterol particles, particularly in the presence of high insulin levels.

While cholesterol is essential for human health, these types of cholesterol are involved in the development of atherosclerosis and heart disease, as opposed to HDLs which are cardioprotective.

It may surprise you to know that refined carbohydrates are now more closely linked with heart disease than most fats!

As we mentioned earlier, Celiac disease is the most recognised wheat sensitivity disorder characterised by an immune intolerance to gluten, and rates of incidence are on the rise.

Celiac disease is considered to be a type of autoimmune disorder and involves the destruction of the small intestinal lining in response to gluten ingestion which allows wheat particles to enter the blood stream creating systemic havoc.

For wheat intolerance as severe as Celiac disease, complete and permanent avoidance of wheat and gluten is necessary for recovery. Even people with less serious degrees of wheat sensitivity will benefit from wheat and gluten avoidance for a period of at least a few months.

Other undesirable health effects of wheat discussed throughout Wheat Belly include skin problems such as acne, vitiligo and psoriasis, mouth ulcers, premature ageing and cataract formation, primarily due to the effects of wheat on blood sugar levels and insulin.

Davis also identifies that wheat is an acid-forming food, so can contribute to health problems such as osteoporosis and other inflammatory diseases by increasing the acidity of the body.

In the next and final part of our Wheat Belly article series, we will guide you through the steps of eliminating wheat from your diet to lose weight, improve health and ditch digestive problems for good!

Fast Fact: Visceral fat, aka a “Wheat Belly” functions as an independent endocrine organ producing excess oestrogen in both sexes. In men, this can cause man-boobs (gynecomastia) and in women, increases risk of oestrogen-dependant cancers.