Conventional Medical Treatments Being Turned on its Head 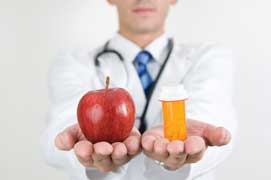 Doctors and other health professionals in Australia and New Zealand have reviewed the evidence of 61 of the most commonly sought medical treatments, tests and procedures and found them lacking.

As a result there will be sweeping changes to recommendations that were previously considered the norm.

The initiative has the support of these 14 medical colleges, associations and societies:

The initiative, called the Choosing Wisely Australia campaign is overseen by NPS (National Prescribing Service) MedicineWise, an independent, not-for-profit, evidence-based organisation that promotes quality use of medicines and medical tests.

This response is an attempt to prevent wasteful and inappropriate treatments as well as reducing health costs.

Included in the recommendations of the 61 of the most commonly sought medical treatments, tests and procedures were the following:

Finally some good news coming out of the orthodox medical associations.

The most important recommendations in this list are in relation to anti biotic and pain relief use in children. Both have been shown to damage newly formed immune and gastrointestinal systems. See the list below for further reading on this topic.

Antibiotic resistance is on the rise and we need to be thinking twice if they are really necessary before taking them.

Considering the skyrocketing costs of our public health system, these measures would make a huge difference in wasted resources and government funding.