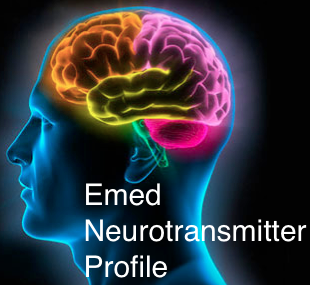 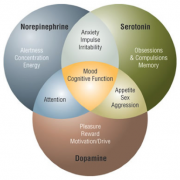 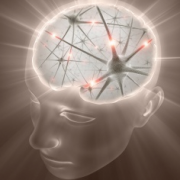 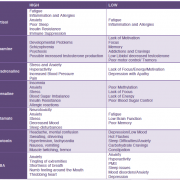 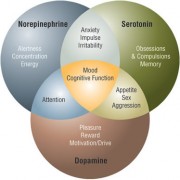 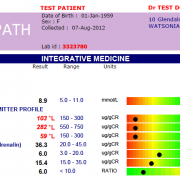 These 6 neurotransmitters are the most researched in relation to their effects on mood disorders, hormones, sleep, glucose/insulin balance, pain perception, appetite, and cognitive function.

These 6 neurotransmitters are the most researched in relation to their effects on mood disorders, hormones, sleep, glucose/insulin balance, pain perception, appetite, and cognitive function.

A full set of instructions and any equipment required are provided in the Neurotransmitter Test Kit.

What Role Do Neurotransmitters Play?

Serotonin (5-hydroxytryptamine) is an inhibitory neurotransmitter synthesised in serotonergic neurons in the central nervous system (CNS) and enterochromaffin cells of the gastrointestinal tract.

In the CNS it is believed to play an important role as a neurotransmitter in the regulation of anger, appetite, body temperature, mood, sexuality and sleep. Low levels may be associated with aggression, anxiety, depression, eating disorders, impulsivity, irritability and sleep disorders.

Dopamine is an excitatory and inhibitory neurotransmitter synthesized in many areas of the brain. It is a precursor for noradrenaline and adrenaline.

Dopamine also acts as a hormone when it is released from the hypothalamus, inhibiting prolactin production from the pituitary gland.

In the CNS dopamine is involved in the regulation of pleasure and reward, memory, motor control, sleep, mood, attention and learning.

Dopamine is released by rewarding experiences such as food, sex and (some) drugs. Lowered dopamine has been associated with loss of satisfaction, social withdrawal, apathy, reduced motivation and attention.

They are most well known for their involvement in the ¶?fight and flight’ response, in which they increase heart rate, trigger the release of glucose from energy stores and increase blood flow to skeletal muscle.

In the body, GABA is concentrated in the hypothalamus region of the brain and is known to play a role in the overall functioning of the pituitary gland – which regulates growth hormone synthesis, sleep cycles, and body temperature.

Glutamate is a major mediator of excitatory signals in the brain and is involved in most aspects of normal brain function including cognition, memory and learning.

The Neurotransmitter Test Kit Contains – a full set of instructions and any equipment required to provide your sample for testing.

Once received, we will analyse your results and provide a personalised treatment plan in the form of a written report to improve your health status.

Turn around time for this test is roughly 2 weeks.

What does the cost cover?

The website cost covers the test kit, processing of all information and interpretation and collation of final results into your personalised comprehensive report.

If you would like to know more about the Neurotransmitter Profile, please contact your Emed Practitioner Today!